"Dependence on other states is growing": Sweden named reasons preventing Russia from becoming a superpower 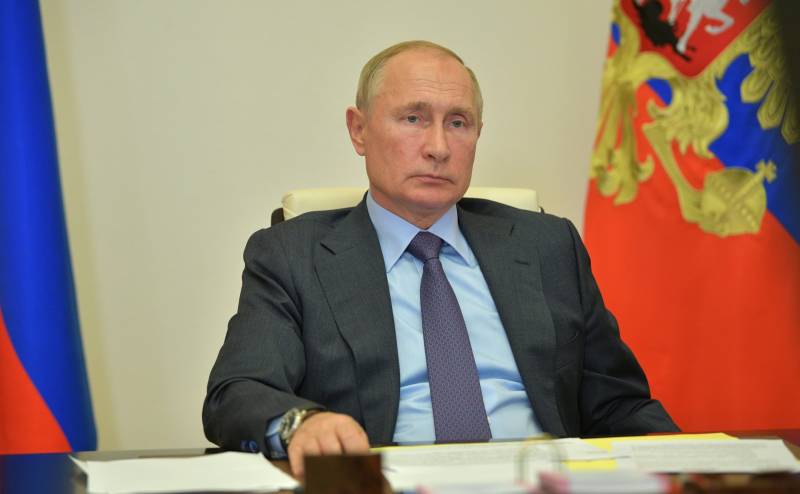 Russia stands for a multipolar world and wants to become a superpower. What prevents this country from becoming a superpower told several Swedish experts in the publication Svenska Dagbladet.


Russia is trying to weaken the United States in order to become a superpower and extend its influence to nearby countries, Swedish experts say. Today Russia is a powerful military power with a large arsenal of nuclear weapons and a strong conventional army. Russian President Putin sets himself big goals in the global struggle for power, in his convictions Russia should be completely sovereign, participate in the adoption of important international decisions and disregard the models of action imposed on it.

Russia's aspirations are clear. Putin has been talking about this for almost 20 years, claiming that Russia has the right to superpower status and its own sphere of interests in the surrounding regions. It is against this background that the country's military participation in the Syrian conflict should be viewed. There Russia has achieved such success that it will be simply impossible to resolve the conflict without Russians at the negotiating table.
says Gudrun Persson, an expert on Russia at the Institute for Defense Studies.

But, on the way to the status of a superpower, Russia faces many "pitfalls", experts from Sweden say. If in a military sense Russia is already a superpower, then in many important areas, such as economics and technology, Russia lags behind. These areas also include research and progress. According to experts, if Russia continues to lag behind in these areas, it will complicate the path to superpower status.

The gap in prosperity between Russia and developed countries will only grow in the coming years. Russia is becoming more and more dependent on the development of other states. The problem is that she has to choose between Chinese and Western technologies, and she will never have her own.
- writes the edition.

Another problem for Putin and Russia is Belarus with its "rebellious people". Hundreds of thousands of demonstrators take to the streets of Minsk, demanding the resignation of Lukashenka. And if they achieve this, then there will be a threat to Putin.

The Swedish experts also paid attention to the poisoning of Navalny, which, in their opinion, became another "headache for Putin." After an attempt to poison the oppositionist, many countries criticized Russia, threatening to introduce more sanctions. In turn, sanctions are another obstacle to obtaining new technologies and further development of the country.

In addition, Putin's regularly falling approval rating could hinder Russia's path to superpower status. The Russian president is no longer popular with the people as he was several years ago. The point is that today there is simply no one to replace Putin in Russia, and his departure from the political scene could greatly weaken Russia's position in the world.

Summing up the results, experts say that despite the outcome of the elections in the United States, where the "anti-Russian infused" Biden may win, Moscow will continue to pursue its security goals, defending the position of a multipolar world and solving internal problems. Russia will try to become another pole in the world, while weakening the United States.

Ctrl Enter
Noticed oshЫbku Highlight text and press. Ctrl + Enter
We are
Interview of Vladimir Putin with Radio Europe-1 and TF1Svenska Dagbladet: Military Power - Part of Russian Identity
193 comments
Information
Dear reader, to leave comments on the publication, you must to register.