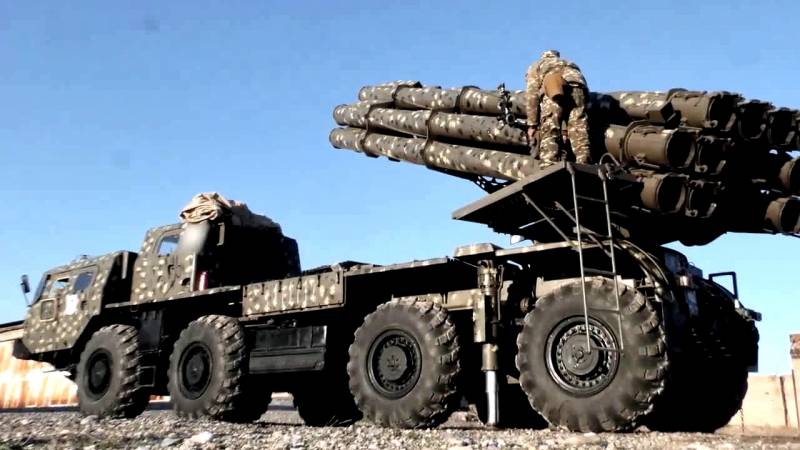 There is absolutely no doubt that the ins and outs of the next escalating spiral of the Karabakh conflict that broke out four days earlier lies not so much in the plane of age-old ethnopolitical and territorial disagreements between Yerevan and Baku, as is one of the most daring attempts of Ankara to expand operational and strategic control over the Central Mediterranean in in general and the most saturated with oil fields and highways of the Libyan province of El Wahat, which is currently under the control of the Libyan National Army of Khalifa Haftar.


In particular, skillfully operating with a motley gamut of Armenian-Azerbaijani contradictions as an instrument of military-political pressure on the Kremlin, Mr. Erdogan and his inner circle, apparently, have again withdrawn from the palaces of reason the “imperial concept” of participation in operational-strategic “dives”. trying to demonstrate to the Russian side the range of long-term escalation consequences in the South Caucasus that will follow in case of non-fulfillment of an unspoken ultimatum, one of the items in the list of whose requirements is the refusal to provide "packages" of military-technical assistance to units of the Libyan National Army.

In fact, an ultimatum was sounded from Turkey: either Armenia leaves the territories of Azerbaijan, or we come to the South Caucasus - with a big claim for political and military superiority.

It is worth noting that the scenario implemented by the Turkish side is extremely beneficial not only to the Azerbaijani Defense Ministry, which has worked out a general offensive attack on the fortified areas of the Defense Army of the Nagorno-Karabakh Republic, taking into account the provision of information on tactical ground and low-altitude air situations over Artsakh from the Bayraktar TB2 strike-reconnaissance UAV and aircraft AWACS Boeing 737 AEW & C "Peace Eagle", but also the North Atlantic Alliance. Indeed, if Moscow fulfilled the aforementioned ultimatum, the mechanized units of Khalifa Haftar's troops with a high degree of probability would have been driven out of the strategically important city of Sirte, thrown back 350-400 km in the eastern operational direction (up to Ajabia and Benghazi), and, possibly, completely eliminated more numerous and technically equipped paramilitary formations of the Government of National Unity, aviation and artillery support of the Turkish Armed Forces.

Obviously, this alignment is able to minimize, and, possibly, completely eliminate the likelihood of using the LNA Air Force base of Benin (near Benghazi) as a potential jump airfield for Il-38N anti-submarine aircraft of the Russian Navy, capable of permanently monitoring the underwater space of the central part of the Mediterranean Sea on the subject of the appearance of low-noise MAPLs of the Virginia and Estute classes, moving forward to launch the strategic cruise missiles UGM-109E "Tomahawk Block IV" at strategically important facilities of the Russian Aerospace Forces in the provinces of Latakia and Tartus.

The first "bells" in the sky over the Caspian Sea

In light of what is happening, the most indicative and eloquently countering all the accusatory pathos of Baku towards Yerevan is the fact that about two weeks before the escalation explosion in the Nagorno-Karabakh theater of operations, an important (as it turned out today) incident took place with the prevention of a long-range radar detection and control aircraft A -50U (registration number RF-93952) and the Il-76MD military transport aircraft (r / n RF-76702) of the Russian Aerospace Forces to the eastern sector of Azerbaijan's airspace over the Caspian Sea during the latter's return from the Khmeimim airbase to their permanent deployment points in the Russian Federation.

It is well known that the deeply modernized dorsal radar system "Shmel-M" installed on RLDN A-50U aircraft based on a waveguide-slot antenna array has an increased energy potential of the transmitting path and a higher level of noise immunity and sensitivity of the receiving path, which in combination with the use of a centimeter working X-band of waves provides operators of "Shmel-M" with the ability to detect and classify group ground targets such as "column MBT" at a distance of about 250-300 km and of the type "self-propelled launcher MLRS / OTRK" at a distance of 320-350 km in the synthetic aperture mode (SAR), which provides for obtaining a photographic quality radar image. Around the same period of time, the Azerbaijani Army Command began the main stage of forming an offensive backbone in the Karabakh direction, which would have been happily recorded and documented by 11 operators of the Shmel-M radar complex of the A-50U AWACS. Therefore, thanks to the above-described incident alone, the forthcoming aggression of the Azerbaijani side was quite predictable ...

Meanwhile, starting from the continuous flow of information coming from the informed sources in the Armenian Defense Ministry about the tactical situation in the Nagorno-Karabakh theater of operations, you come to the final conclusion that the fulfillment of Ankara's unspoken ultimatum is not at all included in the spectrum of Moscow's geostrategic interests.

So, during the very first days from the moment of the first massive strikes on the settlements and fortified areas of the NKR Defense Army, as well as the beginning of the use of strike-reconnaissance and tactical aviation by the air forces of Azerbaijan and Turkey, the command of the ground forces of Armenia was carte blanche was given to carry out a full-fledged counter-battery "response" to the positions of long-range cannon and rocket artillery of the Azerbaijan Army, while the command of the Armenian Air Force received the green light to deploy a certain number of S-300PT / PS anti-aircraft missile divisions near the Khankendi airport (Recall that the Air Defense Forces of the Armenian Air Force are armed with 5 S-300PT / PS air defense missile launchers in modifications with towed PU 5P85-1 and self-propelled PU 5P85S / D, respectively). The key goal of the latter was to cover the motorized rifle units and artillery divisions of the NKR Defense Army, as well as the Armenian Army in the areas of Berdzor and Matakhis-Talish from massive missile, missile-artillery and missile-air strikes from the ground forces and air forces of Azerbaijan and Turkey.

Meanwhile, it should be noted that the transfer of even two 6-channel medium-range S-300PT / PS medium-range anti-aircraft missile systems from places of permanent deployment near Yerevan to the Nagorno-Karabakh Republic is fraught with a 40% decrease in the fire performance (target channel) of the anti-aircraft / anti-missile system " umbrella ", formed by these modifications of" three hundred "in the western (Turkish) air direction. In such a situation, strategically important administrative and military facilities of Armenia in the Kotayk, Ararat, Aragatsotn and Armavir regions could turn into even more vulnerable targets for the missile units of the Turkish army, which have the J-600T "Yildirim" OTRK, as well as the tactical aviation of the Turkish Air Force.

The conclusion is as follows. Apparently, immediately before the redeployment of the S-300PS / PS to the NKR, the Armenian defense department received appropriate guarantees to attract the 988th anti-aircraft missile regiment of the Russian air defense forces (it has 4 brigades of military S-300V air defense systems and is attached to the 102nd Russian base in Gyumri) to cover the aforementioned regions of Armenia from possible missile strikes from the Turkish side in the event of an all-encompassing involvement of Ankara in the conflict.

Moreover, in the very first hours after the beginning of the escalation of the Karabakh conflict, the online portal for monitoring regional and global air traffic Flightradar24 recorded the implementation of several flights of heavy military transport aircraft Il-76MD and An-124-100 Ruslan to the Eribuni airfield. the main purpose of which, apparently, was the delivery of additional anti-aircraft missile systems (SAM ammunition) to the most missile-hazardous areas, as well as ground multifunctional radars and electronic reconnaissance equipment.

Russian guarantees, in fact, "torpedoed" the Turkish ultimatum. Moreover, the presidents of Russia, the United States and France made a single statement on the need for a peaceful settlement in Nagorno-Karabakh and, by and large, against Turkish interference and warming up militaristic sentiments.

Ctrl Enter
Noticed oshЫbku Highlight text and press. Ctrl + Enter
We are
Marshal is silent. How the defeat of Haftar at the al-Vatiya airbase will change the balance of power in LibyaCaucasian affairs
108 comments
Information
Dear reader, to leave comments on the publication, you must to register.