Additional US contingent in Poland. Organization and cost issues 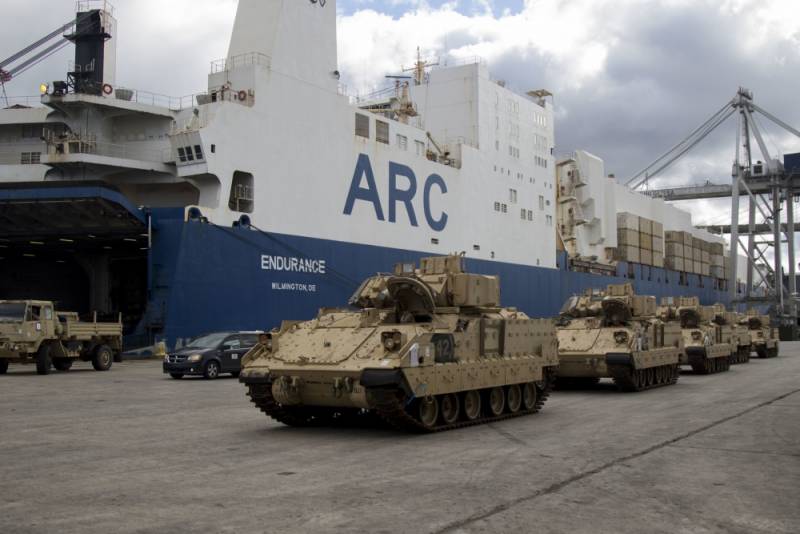 On August 15, Polish Defense Minister Mariusz Blaszczak and US Secretary of State Mike Pompeo signed a new agreement on military cooperation. It provides for an increase in the American contingent on Polish territory, for which it is necessary to carry out a number of preparatory measures. The Polish side is responsible for most of this work. Before accepting American soldiers, she has a lot of things to do, as well as spend a lot of money.

Currently, several thousand military and civil servants from a number of NATO countries are stationed in Poland. The bulk of this contingent is the personnel of the US armed forces. More than 4,5 thousand Americans are serving on Polish bases. If necessary, the Pentagon or other military departments can increase their groupings - this has already been worked out in the course of various exercises.

The US contingent in Poland includes motorized infantry, tank, artillery and other formations, as well as special-purpose and support units. There is a constant rotation of personnel and materiel. The contingent is armed with MBT M1A1 and M1A2 SEP v.2, infantry fighting vehicles M2 / M3, self-propelled guns M109A6 / 7, etc. 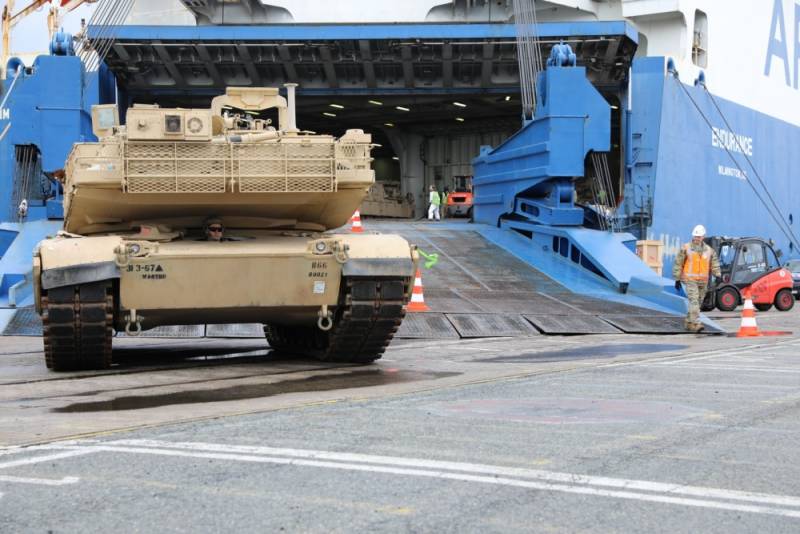 According to the August agreement, in the near future the American group will increase by 1 people. The contingent will be increased due to new ground units, the formation of new bases and control centers, etc. Particular attention will be paid to the deployment of manned and unmanned aviation for different purposes. For this, it is necessary to build a number of new objects, as well as to carry out the reconstruction or reconstruction of some of the existing ones.

During the signing of the US-Polish agreement, the details of the administrative, organizational and financial nature were not specified. However, soon the Seimas received a government bill, which contained the most interesting information of this kind. At the same time, some of the important data is not published.

According to the bill, in the near future Poland will prepare several dozen facilities in 20 settlements practically throughout the country for use by the American military. Measures are also envisaged to improve the infrastructure and organize its joint use. 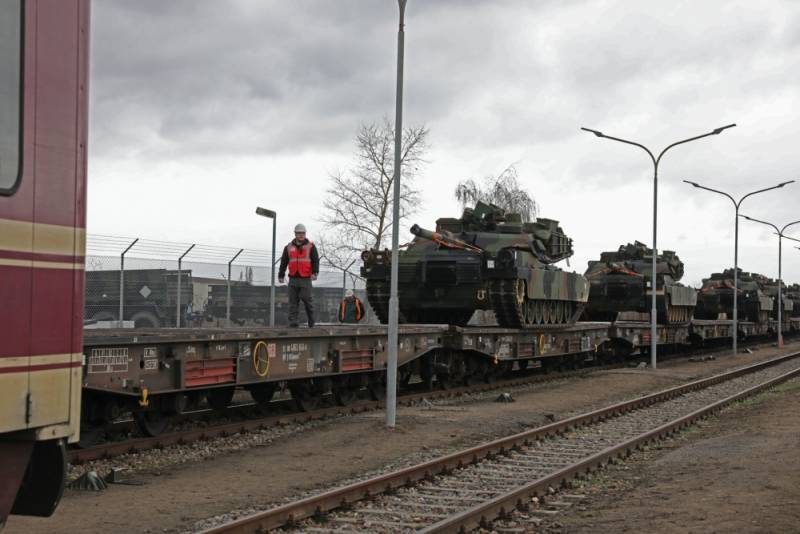 At Lask airfield, the American side is going to deploy a main operating base. To do this, it is necessary to repair the runway and hangars for receiving aircraft and UAVs. It is also necessary to equip modern command posts and warehouses for 2 thousand tons of ammunition. An additional base for the UAV will be organized at the Miroslavets airfield. Hangars and a warehouse for 90 tons of weapons will be built there.

The airfields of Wroclaw, Katowice-Pyrzowice and Krakow-Balice will be equipped to receive military transport aviation. There will be logistics centers, specialized passenger terminals, first-aid posts, etc. With the help of such logistics centers, they will ensure the reception of heavy aircraft and the subsequent distribution of cargo between other bases.

Powidz already has US and NATO bases, and new facilities will be added under new treaties. It is planned to build a barracks for 2400 people. and dining rooms of comparable sizes. The new large airbase will receive aircraft, helicopters and UAVs, for which it needs various facilities for various purposes. Also, 31 underground warehouses will be built for storage in the amount of 5 thousand tons of weapons and a fuel storage for 6 thousand cubic meters. 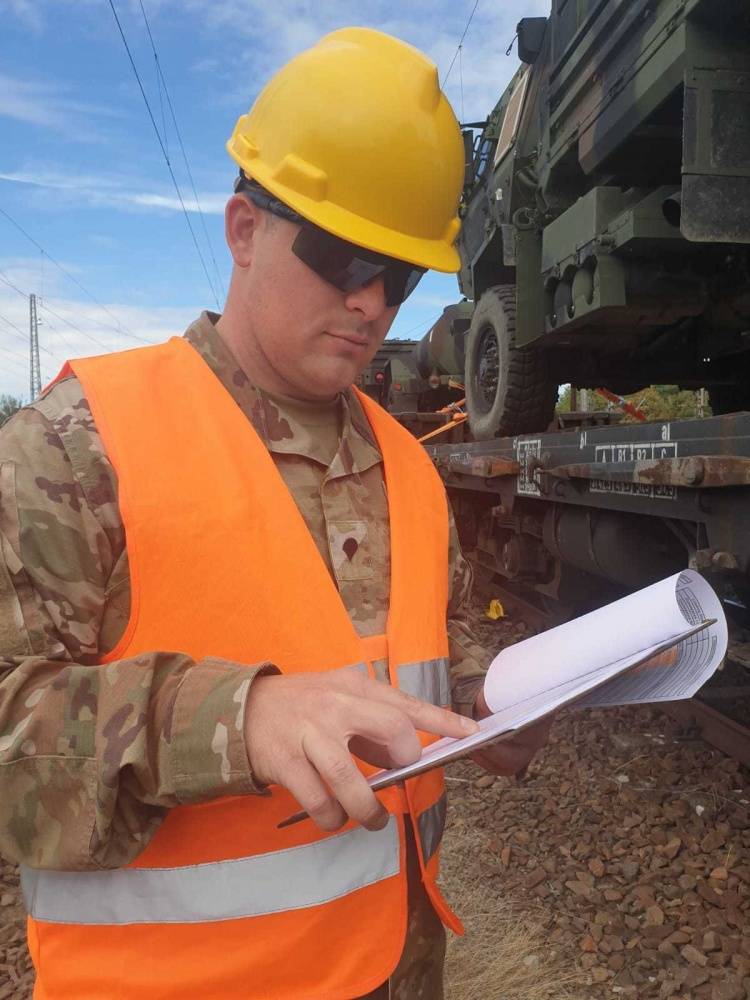 Construction or upgrades are also planned at a number of other existing or planned facilities. All this will create a military infrastructure in line with the joint plans of the United States and Poland. First of all, it will be able to provide the work of an additional contingent. In addition, new facilities will expand the capabilities of the grouping as a whole.

The issue of using the transport infrastructure was solved in an interesting way. The US military will not pay for the use of airfields and railways. Also, they will not be charged parking fees and aircraft maintenance. All these costs are covered by Poland. The parties divided the purchase of fuel for land, sea and aviation equipment, with the Polish share being 75%. 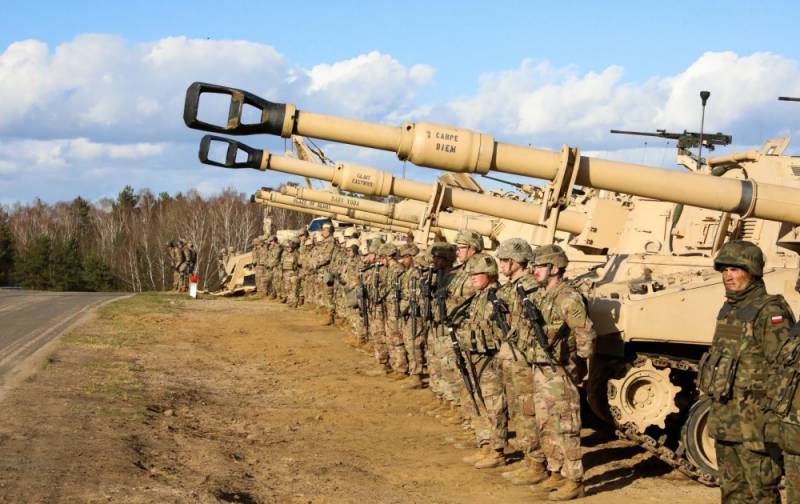 Artillerymen of the two countries on exercises
The treaty makes it possible to supplement the list of facilities used by the US contingent. If necessary, Poland should ensure the activities of troops outside their bases, incl. using state and municipal property, and in some cases the property of individuals and organizations. All this will be carried out free of charge - at the expense of Poland.

According to the Polish press, during the discussions in the Seimas, the military department diligently avoided the issue of the cost of the upcoming construction. Obviously, solving such problems will require huge sums, but even the order of the numbers has not been officially named.

At the same time, there is information about the costs of maintaining foreign military personnel. Annually, 500 million zlotys will be spent on the maintenance of the reinforced US contingent - 130 million dollars. For comparison, the defense budget for 2020 is. equivalent to $ 12 billion. Thus, a little more than 1% of all military spending will go to the American military - we are talking about significant, but still not decisive amounts.

The need for construction and reconstruction of facilities in 20 settlements, incl. sufficiently large and complex structures and complexes can require the most serious expenses. Apparently, all this work may require several billion dollars. Accordingly, construction spending is quite capable of making a substantial hole in the defense budget. 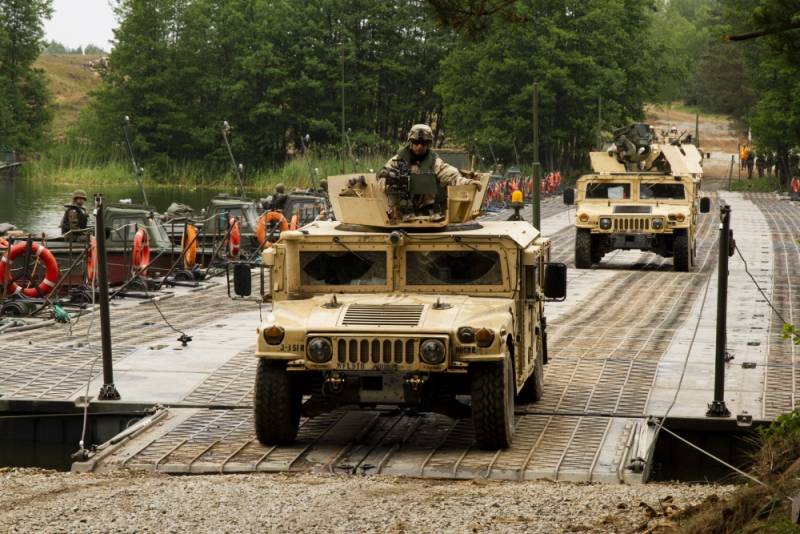 In the context of the new contract and related costs, other agreements and anticipated contracts are recalled. So, recently there was a contract for two batteries of Patriot anti-aircraft missile system worth approx. 5,1 billion dollars. In the near future, an agreement is expected to be signed for the supply of F-35 fighters, which are also not very cheap.

All this means that in the coming years, the Polish Ministry of Defense will have to pay for several major projects at once, the total cost of which is comparable to the country's annual military budget. How this issue will be resolved is unknown.

According to Polish officials, a new treaty with the United States is necessary to jointly ensure security and repel "Russian aggression." With the help of an additional XNUMX American troops, various military equipment and new facilities, the Polish authorities intend to strengthen their borders - and relations with an overseas partner.

The proposed measures are consistent with the tasks set. The emergence of new facilities and additional contingent will really increase the combat effectiveness of the joint Polish-American forces. However, such results will be obtained at the expense of high spending on the construction and maintenance of friendly troops. The exact cost of these measures remains unknown, but it is already clear that defending against a mythical Russian attack would be extremely expensive and difficult.

Ctrl Enter
Noticed oshЫbku Highlight text and press. Ctrl + Enter
We are
Pentagon CybermenMemo to mercenaries in Africa
21 comment
Information
Dear reader, to leave comments on the publication, you must to register.