And Australia that joined them ... 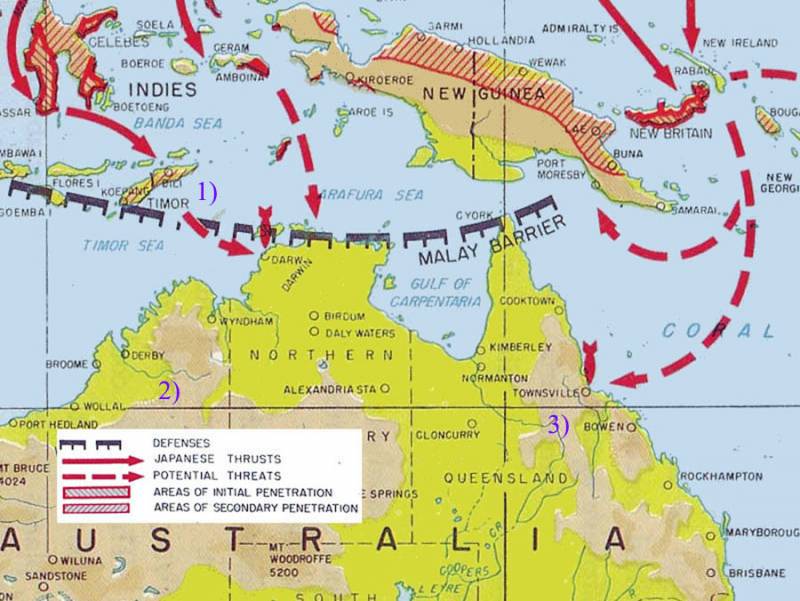 If it's even dominion

All British dominions, including the Australian Union, were involved in the provision of military-technical and food aid to the USSR from Great Britain. That was also humanitarian aid, sent as part of allied convoys to the USSR through the Arctic, through the Persian corridor or to the Far Eastern Soviet ports.

At the same time, Australian supplies to the Far East were almost constantly under the direct threat of destruction by the Japanese Air Force and Navy, because since December 8, 1941, Great Britain and its dominions - together with the USA, Holland and De Gaulle's "Free France" - were at war with Japan. 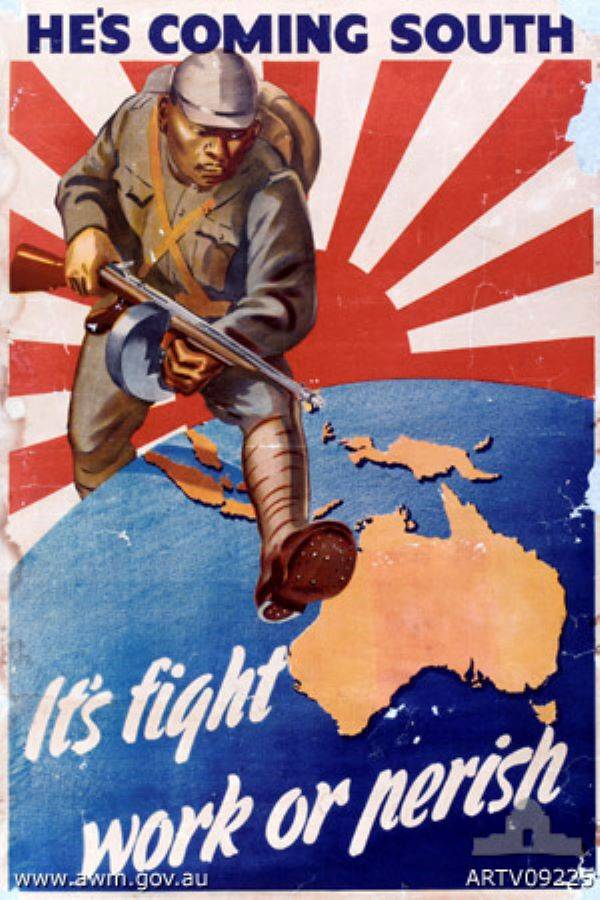 For almost two years, in 1942-1943, Japanese troops were stationed in the immediate vicinity of the northern and northeastern coasts of Australia. They regularly shelled and bombed local military and civilian objects, including ports. But even in this situation, the flow of Australian aid to the USSR, it is clear that it was not the most powerful, did not stop.

The allied agreements between the USSR and Great Britain, signed in Moscow and London in July 1941 and May 1942, respectively, automatically extended to all British dominions. This was announced already on June 30, 1941 by the British government mission in Moscow ("June 1941: everything for the Union, everything for Victory").

Thus, Moscow's ally soon after June 22, 1941 was the bloc, which accounted for up to a third of the value of global industrial exports and more than half of the volume of grain exports at that time.

This is how Russian Foreign Minister Sergei Lavrov described Soviet-Australian relations during the war period in 2017: 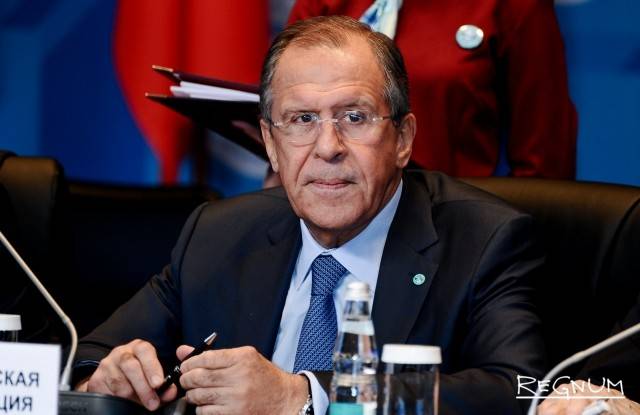 75 years ago, on October 10, 1942, an agreement was signed in London on the establishment of diplomatic relations between the USSR and Australia. On January 2, 1943, Australian diplomats arrived in the city of Kuibyshev to establish an embassy, ​​which was opened on January 26, Australia Day. The Soviet diplomatic mission appeared in Canberra on June 2, 1943.
Recall that the Australian embassy, ​​along with all the others, moved from Kuibyshev to Moscow in October 1943. Sergey Lavrov also noted that

we remember the support provided by the Australians to our country in the harsh years of the war against fascism. In Australia, a broad campaign "Sheepskin for Russia" was carried out, within the framework of which our soldiers received about 400 thousand short fur coats from the "green continent"; about 40 containers with medicines and medical equipment were sent to hospitals.
It is significant that half of these cargoes came to Russia not under the Lend-Lease program, but as free humanitarian aid.

Allied convoys, in which Australian pilots and sailors participated, played an important role in the defeat of Nazism, according to the Russian minister. Their merits were marked by F.F. Ushakov's medals, as well as jubilee medals timed to coincide with different anniversaries of Victory in the Great Patriotic War of 1941-1945.
About 2000 Australian military veterans received such awards in the 600s.

This is not forgotten

A campaign to help the USSR was organized in Australia in July 1941 by Julia Street (1893-1968), a well-known public figure. She founded at the same time the Russian Medical Aid Committee, which existed until October 1945 inclusive. At the initiative of the Australo-Soviet Friendship Society (headed by J. Street in 1941-1964), the Australia-USSR Friendship Congress was held in Sydney in October 1941.

The committee announced the collection of funds and other material resources to help the Soviet Union. On this initiative, supported by the Australian government, the total volume of assistance to the USSR on the same initiative exceeded in 1942-1945. 170 million US dollars (at average exchange rates for 1942-1945).

At the expense of these funds, more than 40% were paid for deliveries of grain and other foodstuffs, almost 40% - raw cotton, medicines and medical equipment, dressings, and up to 20% - wool, felt, their processed products and leather goods.

For example, in November 1941, the dockers of Port Kembla transferred their entire salary from loading the Soviet ship “Minsk” with lend-lease goods for the purchase of sheepskin for the USSR. In 1944-1946. The Russian public club in Sydney sent 1 boxes with shoes, food and other things to orphanage No. 13 in Smolensk to help orphans of the war; The Russian society in Melbourne sent 5 boxes of medicines and medical equipment for the children's hospital named after Rauch in Leningrad; on the collected by the Russian colony of Melbourne, baby food and medicines for Soviet children were purchased and supplied. 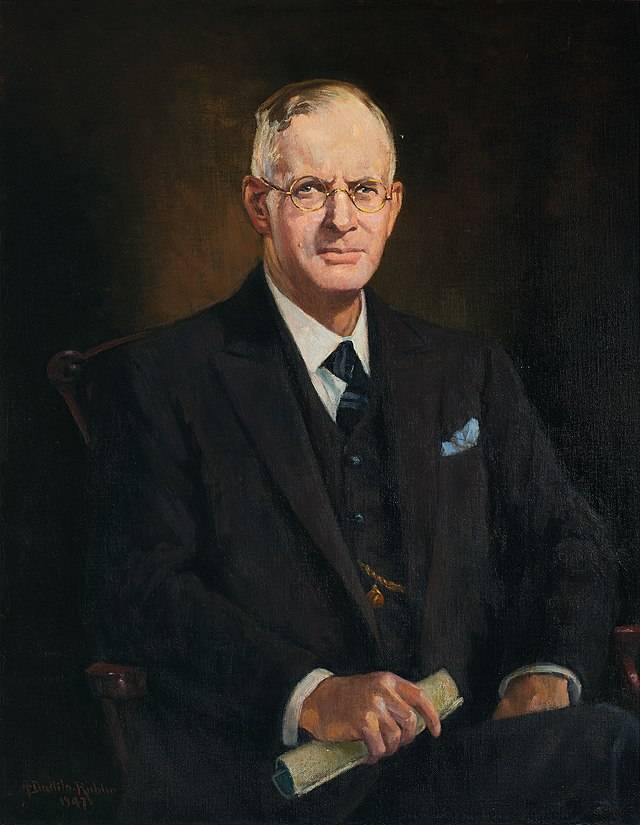 As you know, the military-political situation in the Asia-Pacific region by the end of 1941 turned out to be dangerous for Australia as well. But John Curtin (1885-1945), Prime Minister of Australia during the war years (in the portrait) stated on December 8, 1941 that
any Japanese attack on Russia will be met with forceful opposition from the British Commonwealth, regardless of the US position. And, at least, it will face maximum cooperation between these countries in the event of a Japanese attack on Soviet Russia.
It is unlikely that such a statement was made without prior consultations with London and Washington. Australia's position in relation to the USSR in those years is reflected, for example, in a letter from the Australian Foreign Minister (in 1940-1946) G. Evatt to the Deputy People's Commissar for Foreign Affairs of the USSR A.Ya. Vyshinsky dated July 31, 1942,
“In sending you my personal greetings, I want to say that here in Australia we follow with very deep attention and admiration the heroic resistance of your brave sons, and we do not doubt your final victory. And we will continue to contribute to this. 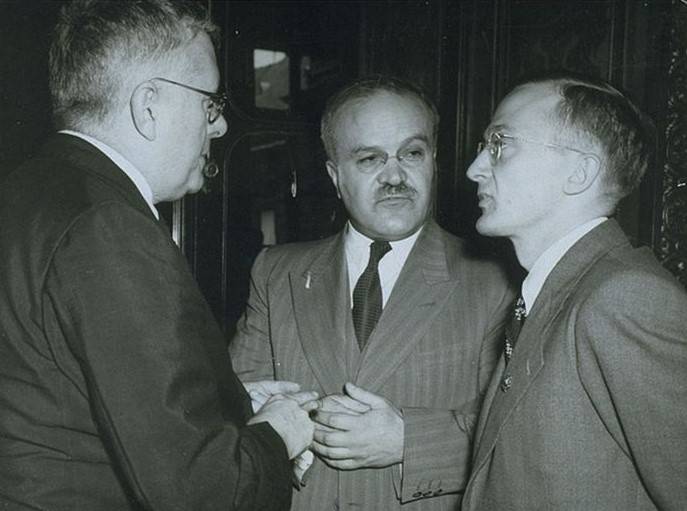 G. Evatt, V. Molotov and translator Pavlov, London, May 1942
This was written in connection with the upcoming end of negotiations on the establishment of diplomatic relations. In the volume of lend-lease supplies to the USSR ("USSR and the allies: at the origins of Lend-Lease") the share of Australia was about 15%.

At the same time, the share of various types of weapons and spare parts for it reached 25%, and for foodstuffs, medicines, medical equipment and textile goods (including raw materials: wool, cotton, leather, raw fabrics) exceeded 35%, for non-ferrous metals, vehicles and double appointments ranged from 30 to 35% overall.

From Darwin and Canberra to Minsk and Samara

In connection with the 75th anniversary of the Victory in Samara, in the house where the first Australian embassy in the USSR was located, a commemorative plaque was opened on January 26, 2020 on Australia Day. Australian Ambassador to the Russian Federation Peter Tesch, who arrived at the ceremony in Samara, described bilateral relations during the war years as follows:

The main areas of work were, of course, related to the war. Our pilots and sailors fought in polar convoys. It was the Australian destroyer (Edinburgh in August 1941 - Author's note) that brought the first trade delegation from England to Murmansk for negotiations on Lend-Lease.
Our territory was also attacked: the Japanese bombed the city of Darwin, their submarines broke into Sydney Harbor. We also suffered in that war, but, of course, compared to the USSR, it was on a completely different scale. The main concentration of hostilities was on the eastern front.
In October 2016, I traveled around Belarus. You cannot visit this country and not feel the full scale of the losses in that war. This region was occupied for a long time, there was a fierce partisan war. We honor the memory of those who suffered, who died in the USSR, because the physical burden, the material burden, the human burden lay on this country for a very long time in connection with the violent hostilities.

Meanwhile, in the Australian War Memorial in Canberra, operating since 1941, in the second half of August 2020, an exhibition was held on the role of the USSR in the victory over fascism. Photos telling about the struggle of Soviet soldiers against the Nazis and about life in the Soviet rear became exhibits in the exhibition hall of the memorial. Most of the archival photographs were provided by the Russian embassy.

Historian, political scientist and curator of the exhibition David Sutton said that "it is intended to remind Australians of the allies that linked a number of Western countries, Australia and the USSR, which lost 27 million people in the fight against fascism during the Second World War." At the same time, D. Sutton admitted that "the decisive role of the Soviet Union in the victory over fascism is now known in Australia to a narrow circle of those interested, and we want to expand this circle."

Ctrl Enter
Noticed oshЫbku Highlight text and press. Ctrl + Enter
We are
Chernobyl notebook. Part of 3Diplomats of the People's Commissariat of Defense: on the eve and during the war
27 comments
Information
Dear reader, to leave comments on the publication, you must to register.