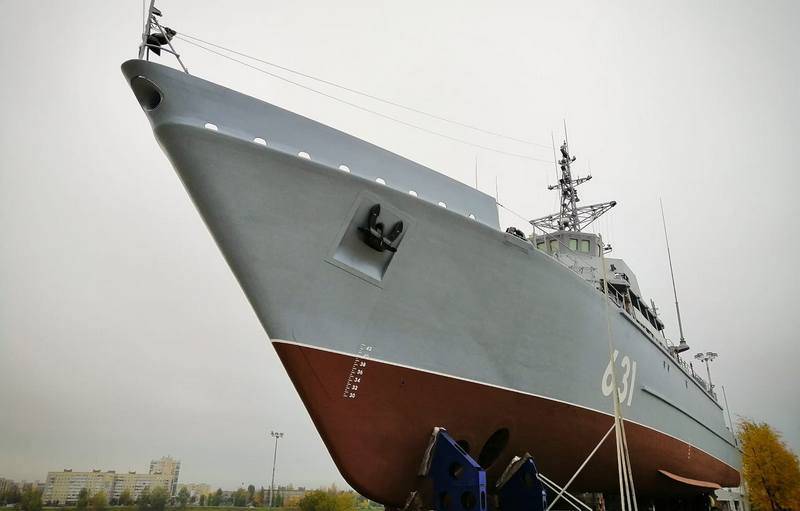 In St. Petersburg, the project 12700 mine defense ship (code "Alexandrite") Georgy Kurbatov was launched. The ceremony took place at the Sredne-Nevsky shipyard, which built the minesweeper.


According to the general director of the shipyard Vladimir Seredokho, "Georgy Kurbatov" is the second minesweeper of this project, launched at the enterprise this year. The third is planned to be launched in December.

Today we are all witnessing the descent of the Project 12700 ship, the Georgy Kurbatov minesweeper. The ships of this series have already been shown on the battlefield. navy exceptional reliability and performance of all tasks inherent in this project
- said the head of the technical department of the Russian Navy, Rear Admiral Igor Zvarich.

After completing the construction and passing the relevant tests, the minesweeper Georgy Kurbatov will enter the Black Sea Fleet.

The 12700 project was developed by the Almaz Central Marine Design Bureau for the Russian Navy. These mine defense ships have a displacement of about 890 tons, the length is 62 meters and the width of 10 meters, the crew has 44 man.
Ctrl Enter
Noticed oshЫbku Highlight text and press. Ctrl + Enter
We are
Project 12700 sea minesweeper Yakov Balyaev launched in St. PetersburgThe seventh minesweeper of the 12700 Alexandrite project was laid in St. Petersburg
16 comments
Information
Dear reader, to leave comments on the publication, you must to register.