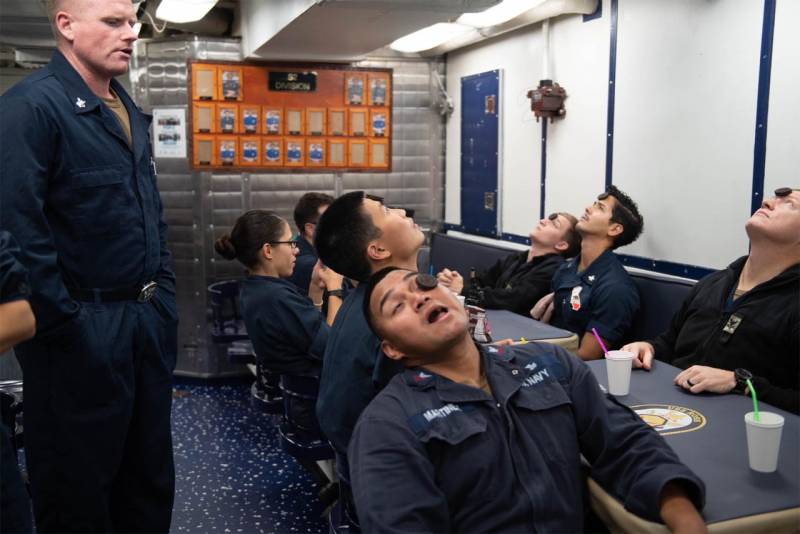 Unexpected photos from the American destroyer USS ROSS (DDG 71) have been published online, which in recent weeks has been carrying out combat missions as part of a consolidated group of NATO ships in the Baltic. Earlier, "VO" reported that this warship carried out a joint mission with the frigate of the Polish naval forces Generał Kazimierz Pułaski.


As the sailors themselves write, the ship's crew not only performed combat training missions, but also "allowed itself some time of entertaining rest."

In the minds of American sailors, "fun" can be associated with someone who inflates a larger bubble of chewing gum. Also, the sailors were offered the following competitions: name all 50 American states and peel cookies from their foreheads. 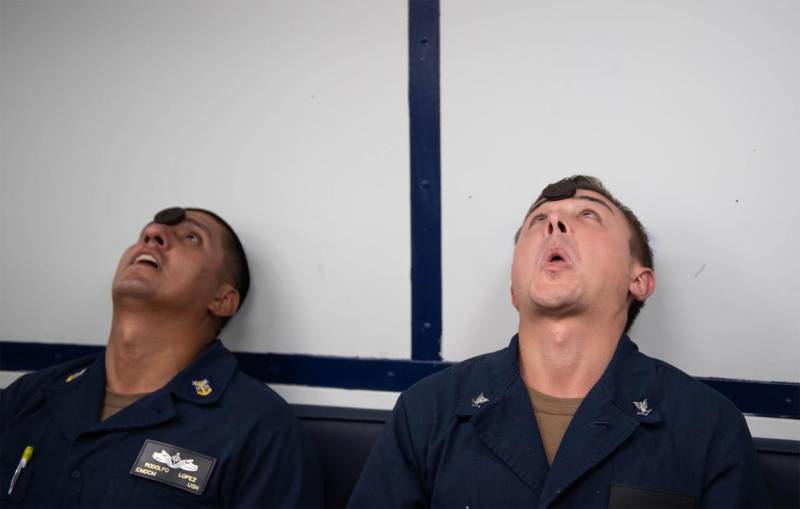 The name of the winner was also announced. This is Stefan Johnson.

A selection of photographs from the Arleigh Burke-class destroyer on patrol in Europe. 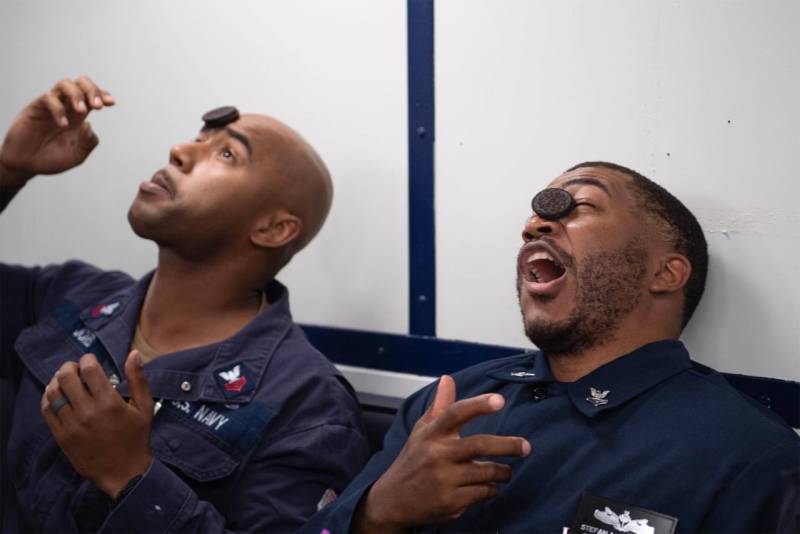 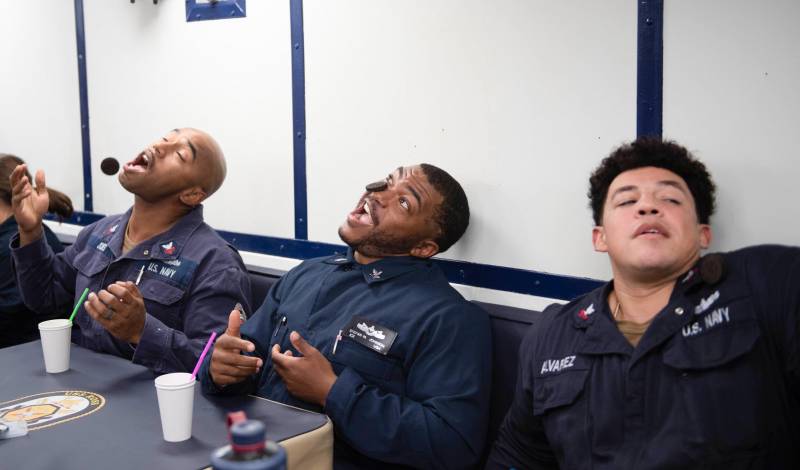 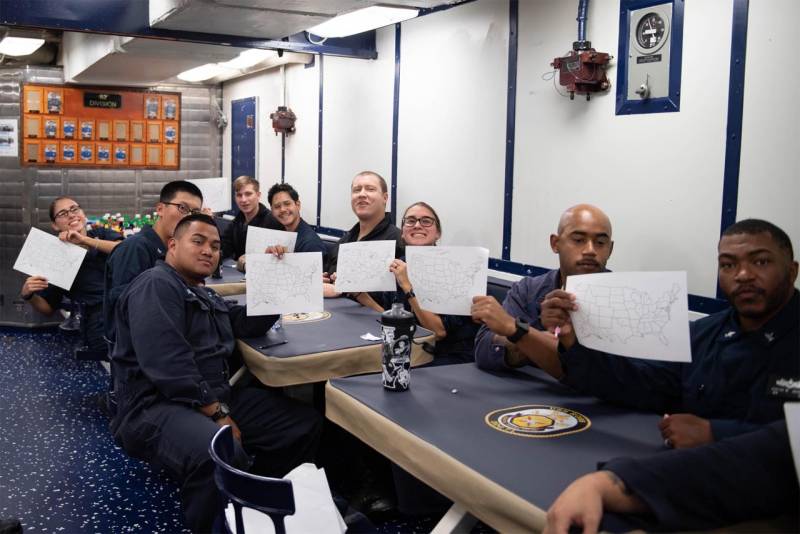 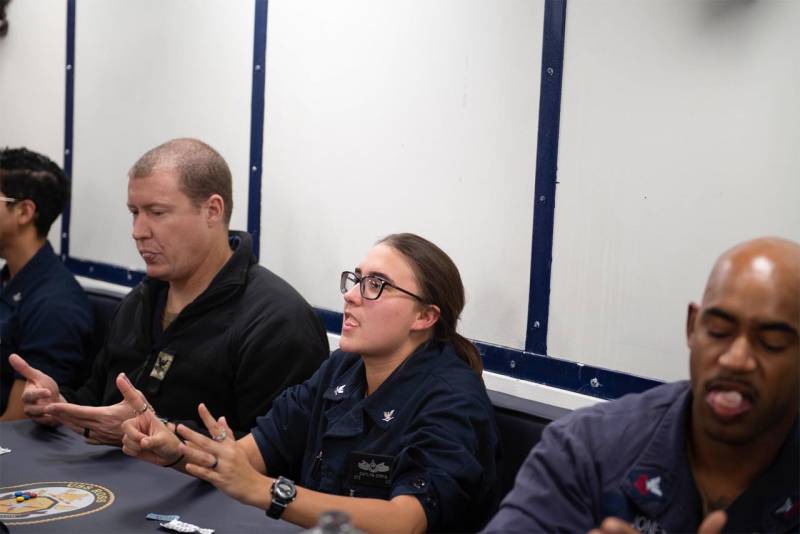 Taking out sweets from a glass using a plastic straw was also among the entertainment tasks of the competition program: 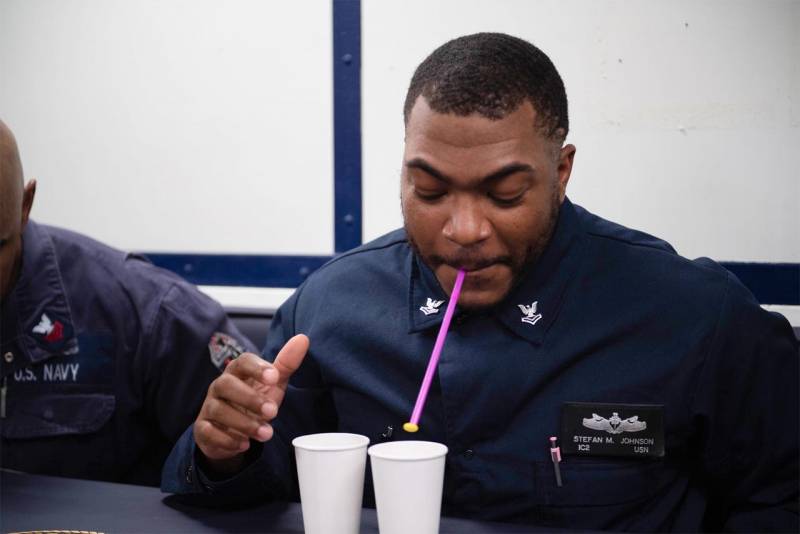 The winner, he is also the lucky winner of the prize: 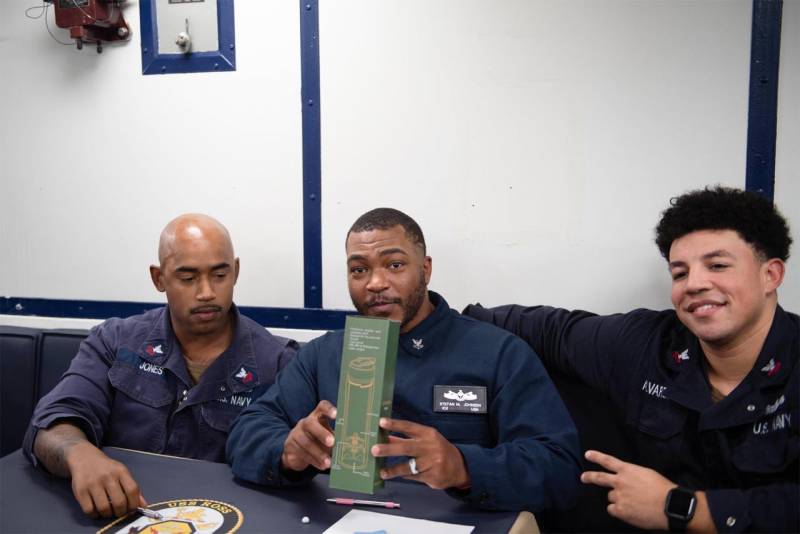 Ctrl Enter
Noticed oshЫbku Highlight text and press. Ctrl + Enter
We are
The active phase of the joint Russian-Chinese doctrine "Sea Interaction - 2015A selection of photos of the Great Patriotic
67 comments
Information
Dear reader, to leave comments on the publication, you must to register.