More than 200 days on the high seas: the United States announced a record for their destroyer 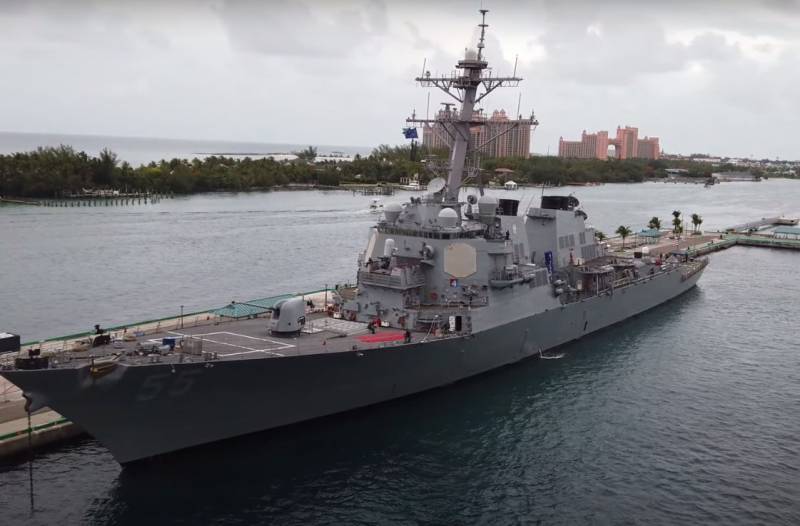 USS Stout has set the world record for the longest continuous stay at sea, the US said. The ship was sailing for over 200 days, namely 208 days. But the reason for such a long stay at sea is not related to training or combat missions.

Seven months in the Middle East

The destroyer USS Stout spent almost seven months in the region of North Africa and the Middle East, where the 5th Fleet of the US Navy operates. He patrolled the Bab al-Mandeb and Strait of Hormuz areas, serving with the USS Dwight D. Eisenhower aircraft carrier group.

However, the real reason for such a long voyage of the ship was the coronavirus pandemic. Due to restrictive measures, the entry of ships into ports was prohibited, as a result of which many surface ships of the US Navy were at sea without the ability to moor ashore. For example, USS Dwight D. Eisenhower and USS San Jacinto spent 207 days at sea.

For a long time, the aircraft carrier USS Theodore Roosevelt was at sea, on board of which an outbreak of a dangerous disease was recorded. It was the example of this aircraft carrier that forced the US Navy command to strengthen sanitary and epidemiological control over its ships.

The Arleigh Burke-class destroyer USS Stout was launched in 1992 and commissioned into the US Navy in 1994. It bears its name in honor of Rear Admiral Gerald F. Stout (1903-1987), the legendary American commander who sank five Japanese ships off Bougainville Island during World War II. According to the staffing table, the destroyer has a crew of 337 people, including 23 officers.

An ordeal for the crew

According to the head of the US Navy's Office of Naval Operations, Admiral Michael Gildey, a long stay at sea was a serious test both for the ships themselves from a technical point of view, since they were deprived of the proper level of service, and for the crew. 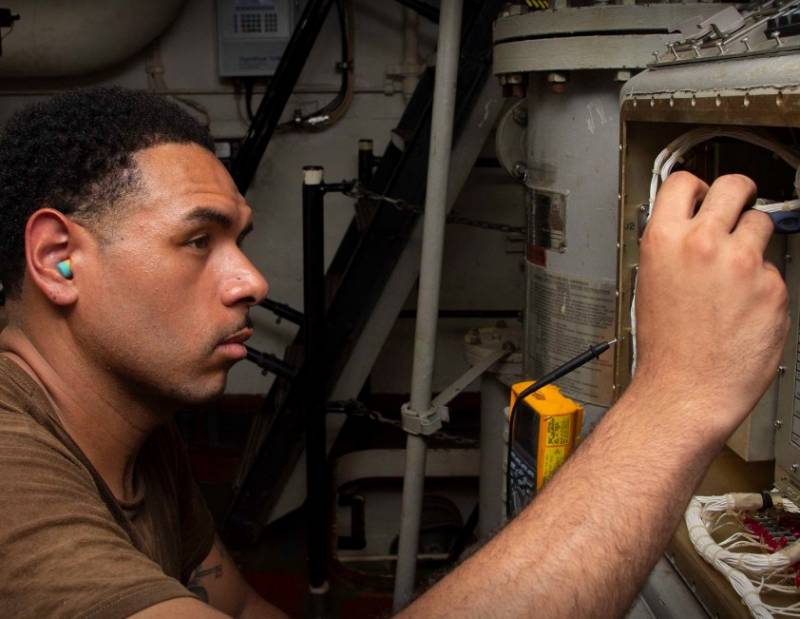 A pandemic is a pandemic, and official duties must be performed regularly

For many months, officers and sailors of American warships were separated from their families, deprived of vacations, while it was not clear for a long time how long the restrictions would last. Naturally, this had a very negative effect on the general moral and psychological state of the crew members of the ships.

The personnel were exhausted by the long stay on the campaigns. As Admiral Gilday emphasized, in order to somehow alleviate the situation of the sailors, additional days off were introduced on the ships for most of the crew members, with the exception of the watch teams. Nevertheless, the sailors showed themselves very dignified, no serious cases of violation of discipline on the ship were recorded.

US Navy Central Command Commander Vice Admiral Samuel Paparo stressed that the Navy is very proud of the achievements of the USS Stout crew, because, despite the difficult epidemiological situation, the ship was solving important tasks in the interests of ensuring freedom of navigation in the Middle East.

The coronavirus pandemic has indeed become a very difficult problem for the US Navy. After the disastrous experience with the pandemic in the United States, voices began to be heard about the need to reduce the duration of the stay of ships on the high seas, since, according to critics, there is supposedly no need. As the American military themselves believe, a long stay at sea testifies to the courage of the crews, loyalty to their military duty.

Ctrl Enter
Noticed oshЫbku Highlight text and press. Ctrl + Enter
We are
USA prepares for the role of referee in the Turkish-Greek conflict: AUG of the US Navy goes to CreteUS Navy AUG entered the Mediterranean Sea led by the Eisenhower aircraft carrier
20 comments
Information
Dear reader, to leave comments on the publication, you must to register.