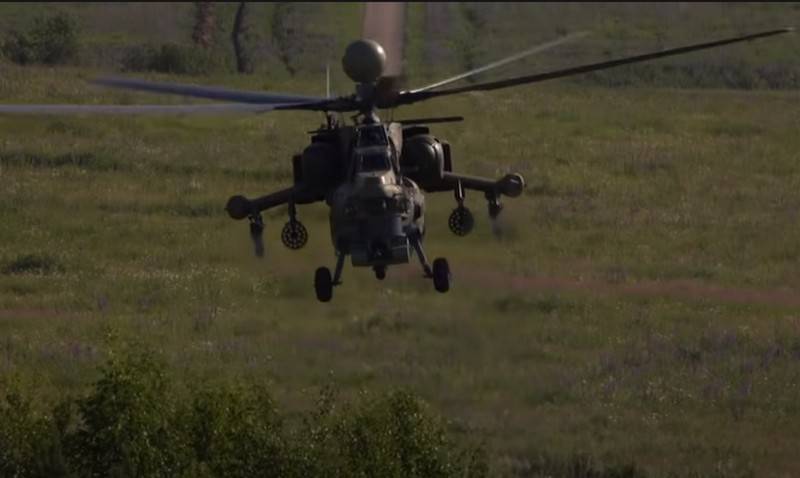 Serial production of the upgraded Mi-28NM attack helicopters has begun in Russia. Andrey Boginsky, General Director of the Russian Helicopters holding, spoke about this.


According to Boginsky, the first two helicopters from the pilot batch have already been delivered; now production of serial Mi-28NM helicopters is underway.

Serial production is now underway. As part of the state defense order, we will supply 98 vehicles until 2027. The first two cars have already been delivered under this contract as an initial batch. One machine is connected to state tests, and on the second we are testing a new carrier system - new blades that increase the speed of the machine
- he explained.

The Mi-28NM is equipped with a Russian-made VK-2500P engine, and the new rotor blades will increase the helicopter's cruising speed by 10-13%.

The Mi-28HM is a new generation high-performance all-weather attack helicopter designed to perform a wide range of tasks. The machine was created taking into account the combat experience of the use of a helicopter in Syria. The onboard radar equipment Mi-28HM includes an innovative helmet-mounted target designation and indication system. The machine is equipped with a new radar H025, allowing to conduct a circular review, as well as a new system of electronic warfare. Mi-28HM equipped with a second set of controls, which significantly increases the survivability of the machine.
Ctrl Enter
Noticed oshЫbku Highlight text and press. Ctrl + Enter
We are
The deadlines for state testing of the Mi-28NM helicopter became knownStarted flight tests of the first Mi-28HM of the installation batch for MO
49 comments
Information
Dear reader, to leave comments on the publication, you must to register.