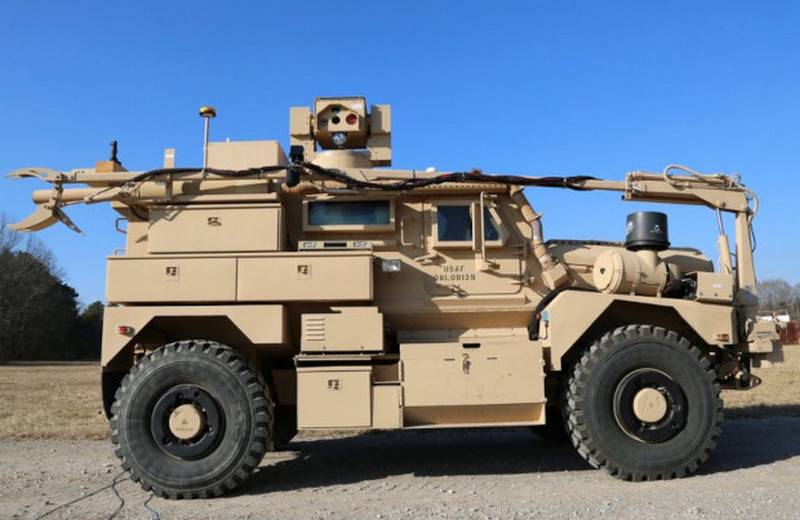 The American Air Force will clear airfields from mines and improvised explosive devices using laser systems. NPlus1 reports with reference to C4ISRNET that the contact for the delivery of the units has already been concluded.


According to the report, the US Air Force command has signed a contract with the American company Parsons, which won the tender under the RADBO project. According to the agreement, the company will supply armored vehicles with a laser module to the Air Force, which will be used to clear airfields from mines and improvised explosive devices. The contract value was $ 40 million.

The company explained that the development of this armored vehicle started at the beginning of 2015, in February of the same year, tests of the first prototype of the vehicle were carried out, which were recognized as successful.

According to available information, the US Air Force command plans to adopt 13 armored vehicles with laser demining systems.

Ctrl Enter
Noticed oshЫbku Highlight text and press. Ctrl + Enter
We are
Reports from the militia of New Russia for 27-28 September 2014 of the yearThe 20 rating of the largest arms deals, decisions on which were made in 2012
14 comments
Information
Dear reader, to leave comments on the publication, you must to register.