Armenia is ready to use "large-radius" weapons in Karabakh 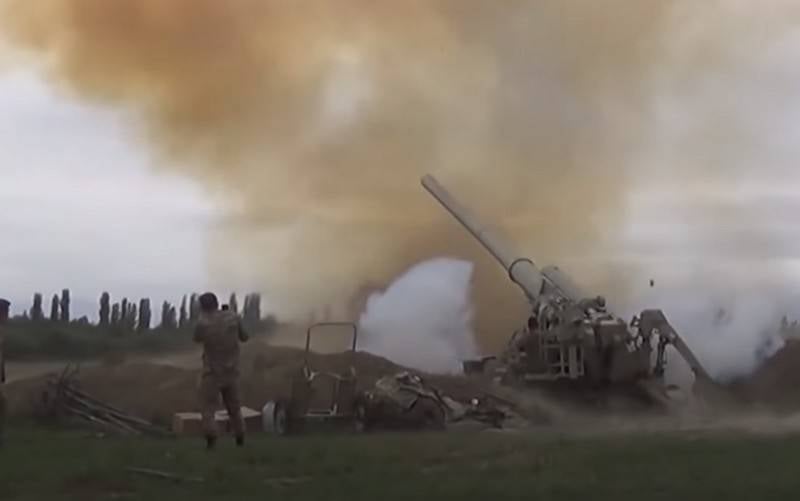 Armenia is ready to apply in Karabakh weapon a large radius of destruction in response to the use of heavy weapons by Azerbaijan. This is stated in the message of the Ministry of Defense of the country.


As press secretary of the Armenian military department Shushan Stepanyan stated, the use of long-range weapons will be a response to Azerbaijan's use of flamethrower systems, large-caliber artillery and Smerch multiple launch rocket launchers. At the same time, it is not specified what kind of weapon Armenia plans to use.

Earlier, Armenia did not rule out the use of Iskander OTRK on the territory of Karabakh.

We are absolutely not ruling anything out. Our Armed Forces, including in the Nakhichevan direction, are combat-ready and ready to carry out the tasks assigned to them
- he said.

Ctrl Enter
Noticed oshЫbku Highlight text and press. Ctrl + Enter
We are
New war in the Caucasus be?Umbrella for the Russian outpost ("Mirror of the Week", Ukraine)
115 comments
Information
Dear reader, to leave comments on the publication, you must to register.