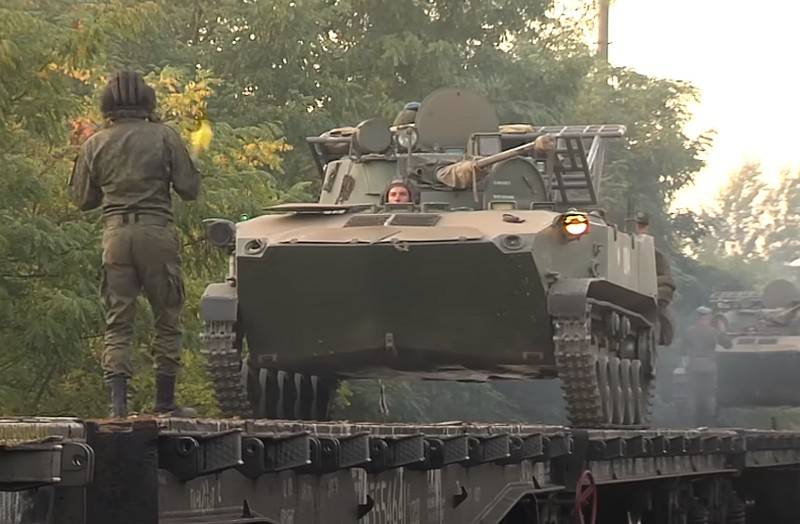 The Russian Ministry of Defense has begun withdrawing from the territory of Belarus the Airborne Forces units that participated in the Slavyanskoe Bratsvo-2020 exercises. This is stated in the message of the military department.


The first to leave for the place of permanent deployment was the battalion of the Ivanovo Airborne Forces, followed by the units of the Pskov and Tula paratroopers.

In total, more than 900 servicemen and equipment from three divisions of the RF Airborne Forces - Pskov, Tula and Ivanovskaya - will return to Russia.

Meanwhile, the past exercises "Slavic Brotherhood-2020" are not the last ones held on the territory of Belarus. From 12 to 16 October this year, the republic will host the peacekeeping forces of the Collective Security Treaty Organization (CSTO), which will conduct a command post exercise. In total, it is planned to involve military units from Russia, Belarus, Armenia, Kazakhstan, Kyrgyzstan and Tajikistan.

Ctrl Enter
Noticed oshЫbku Highlight text and press. Ctrl + Enter
We are
A mourning meeting dedicated to the 13 anniversary of the feat of the legendary 6 Company took place.Military exercises: war make-believe, the victims are real
14 comments
Information
Dear reader, to leave comments on the publication, you must to register.