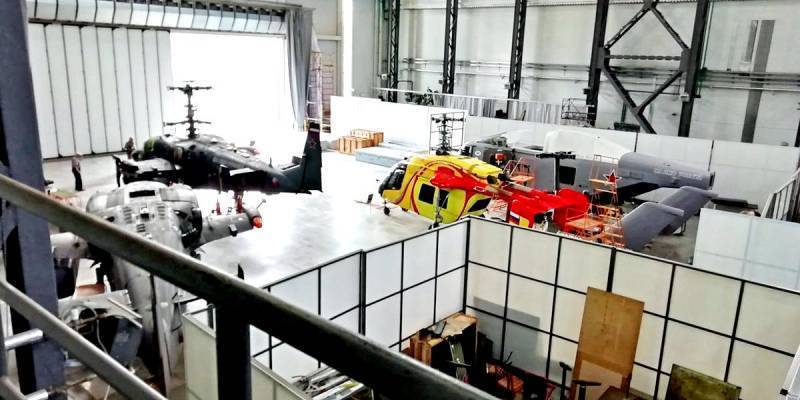 The first prototype of the newest Minoga helicopter, developed on the instructions of the Russian Navy, will take off in 2025. About this in an interview with RIA News said the CEO of the Russian Helicopters holding Andrey Boginsky.


It may take several years to create the first flight model of a new helicopter. According to preliminary data, separation from the ground and "hovering" of the prototype "Lamprey" can occur in 2025-2026.

In five years we will be able to create the first flight prototype that will be ready to make the first "hover". I would be careful to say that we will receive a prototype in 2025 or 2026. This is a large complex of works that Russian Helicopters is carrying out in cooperation with other enterprises of Rostec
- declared Boginsky.

As it became known, the contract for the R&D work on the creation of the Lamprey deck-based helicopter was signed at the Army-2020 forum. Earlier it was reported that the preliminary design of the helicopter had been completed before the contract was signed.

The new carrier-based helicopter should replace the Ka-27 helicopters in service in the Navy fleet since the 80s of the last century. The helicopter is built according to the "Kamov" scheme, i.e. with two coaxial screws. It is assumed that the helicopters will go to the fleet in anti-submarine, transport and landing versions, in contrast to the Katran helicopters designed specifically for use on the UDC, created on the basis of the Ka-52 Alligator, which have a narrower specialization.
Ctrl Enter
Noticed oshЫbku Highlight text and press. Ctrl + Enter
We are
Interview of Vladimir Putin with Radio Europe-1 and TF1Yuri Drozdov: Russia prepared the role of the sacrificial calf
39 comments
Information
Dear reader, to leave comments on the publication, you must to register.