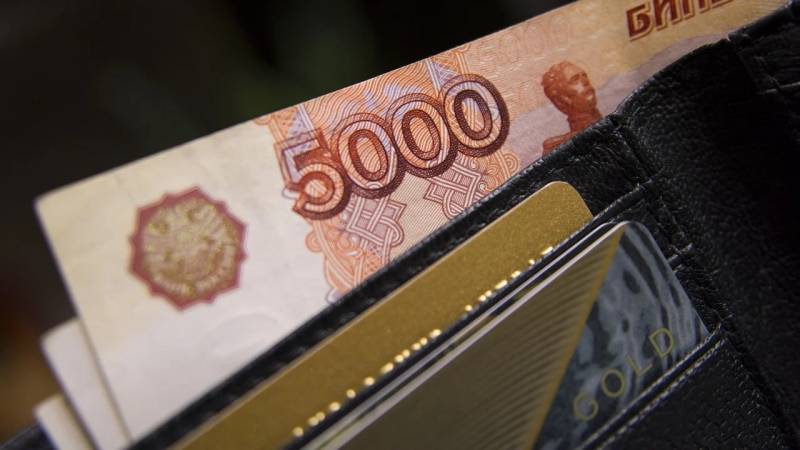 The world today is torn apart by political, economic, ethnic and confessional conflicts. We, as befits the citizens of Russia, see discord on our borders. We see the situation in Belarus, in Nagorno-Karabakh, in the Caspian Sea, in Georgia and so on. But conflicts are spreading around the world. Sometimes it seems that the face of the planet has somehow turned into an ugly mask of a smallpox patient.


At the same time, the leaders of many states declare the possibility of a military solution to such conflicts. The recent example of Nagorno-Karabakh is an excellent example of this approach. The Turkish President and top Turkish officials constantly declare their readiness to support Azerbaijan in the war with Armenia. In this case, assistance is provided as always. Arms supplies, instructors, diplomatic games.

We do not look better either. Every day I read or hear statements that Russia and Armenia are allies, and ... True, then they talk about the cooling of our relations today, about the President of Armenia, who did not deign to turn to Moscow for military assistance. About the pro-American course in Yerevan and the pro-Turkish course in Baku ...

Why doesn't anyone take the Turkish leader's threatening speeches seriously? Judging by the reaction of the Russian Foreign Ministry, the reaction of NATO, Yerevan and Baku? Everyone understands that the peacock is a beautiful bird, but not a fighting cock. A detachment of chickens. And the Turkish army is not strong enough to dictate its will to the entire East.

Syria has shown who is who. And the participation of the Turkish Armed Forces in many conflicts today clearly speaks in favor of the fact that Ankara is throwing dust in the eyes of others. Turkey cannot conduct database in many directions at the same time.

Everything depends on the economy

Probably, many have noticed how the opinions of Russians were divided on the possible actions of our country in Nagorno-Karabakh? If quite recently, in the event of any friction, some kind of shooting in NK, the majority did not hesitate to take the side of Yerevan, today there is no such monolith.

Armenia itself is largely to blame for this. There has never been as much negativity and filth as we have heard about Russia during the presidency of the current Prime Minister of Armenia. And the course of the Armenian state today is more anti-Russian than pro-Russian. But the point, it seems to me, is different.

It's about the general situation in the world. More precisely, in the global economy. And its impact on the economy of specific countries. Conflicts, armed confrontation, diplomatic wars and other international clashes arise largely due to the fact that governments and leaders of countries in this way try to distract people from internal problems. An external enemy is the best way to unite the nation.

The same applies to the reaction of leading countries to conflicts in their area of ​​interest. Everyone understands the background of these conflicts and the possible consequences for the internal politics of their countries. What has been and is happening in the countries of Western Europe is a derivative of the foreign policy of these countries. All these speeches, demonstrations and other protests are essentially just a reaction of the people to the deterioration of their own lives.

To begin with, it is worth remembering the generally known facts. First, in all of his statements on domestic politics, President Putin repeats the same phrase. The government will continue to fulfill all social obligations. Simply put, social payments to the poor, pensioners, unemployed and other beneficiaries will not only be paid in the same amount, but will also increase in accordance with the decisions made.

The second fact that does not require explanation. The gas and oil war, which the West organized by analogy with the war against the USSR, did not end. Oil and gas prices, despite all efforts of international organizations to stabilize the market, do not rise to the negotiated level. Accordingly, the profits of the exporting countries are not growing.

Third fact. The second wave of coronavirus has really begun in the world. This means that the leaders of many countries will be forced to declare quarantine again. Small and medium enterprises will suffer again. Again, young people will study remotely. Again, many will start having problems with paying off loans, purchasing necessary goods, and so on.

Fourth fact. Another result of the introduction of quarantine will be a decrease in imports and exports. Falling production will lead to a fall in these indicators. This means that foreign exchange receipts to the budget will decrease. It turns out that we, in the sense of the state, will earn less.

Hence follows a simple and understandable conclusion to all. There will be no significant economic recovery this year. At best, the government should be able to make ends meet. Fulfill budget commitments without ruining the National Welfare Fund (NWF).

There is a solution to the problem, but ...

After the above facts, I think it becomes clear what the government of the Russian Federation is doing today. It solves the problem of finding free funds to fulfill orders and promises to the people of the president. The task, frankly, is not an easy one. It is necessary to follow the instructions of the head of state, and not to anger the people.

We still remember the first solution. The path is simple and beautifully called "budget sequestration". The same one that we experienced in 2008. Many people remember how they cut budget spending back then. Quite a few people have been affected by these reductions. Sequestration is a tough event. And, like any tough event, it can cause discontent among the people. Become the wick that will set the country on fire.

Judging by the fact that the media are silent about the sequestration, the government is not considering this option. At least in the public sphere. Consequently, the Kremlin has an understanding that it is really hard for most people today. The stock of fat that was accumulated before the pandemic is running out. More and more people need real help from the state.

By the way, according to some expert estimates of our economists, up to 70 percent of Russians are somehow connected with the budget. These are not only social payments and incomes of public sector employees, but also the profit of businesses that work with public sector organizations and fulfill government orders.

There is also a second path, which, as it seems to me, was taken by the Russian government. This is a waiting tactic. It's no secret that hydrocarbons constitute a fairly large part of our exports. That is why the surges in oil and gas prices hit the budget revenues quite seriously.

In principle, while the price of Brent crude oil is in the region of 42-43 dollars per barrel, we are at zero. NWF need not be touched. But if the price falls below, the Bank of Russia will start selling currency from the NWF. True, on the domestic market, which increases the demand for rubles.

But in the current situation of instability, the Bank of Russia is forced to go for a creeping devaluation, unnoticeable for ordinary citizens. Evidence? Look at the ruble exchange rate during the pandemic. Why should the bank devalue the ruble now, when the situation seems to be stabilizing? It seems to me that the lesson of 1998 has not been forgotten by Russian financiers. Then the Central Bank practically used all the reserves of the state and could not prevent the collapse of the ruble.

Alas, a creeping devaluation is inevitable. This is a completely economically justified operation. Not just another invention of liberals or patriots. This is an objective reality that must be reckoned with.

It is clear that in the current conditions any additional costs, including for carrying out some unscheduled army events, will hit the economy quite hard. Participation, even fragmentary, in some new conflict not planned in the budget will give rise to many problems for the Bank of Russia.

Hence, it follows a completely natural conclusion: Russia will postpone a military solution to any conflict to the last. Including in Nagorno-Karabakh. But if the situation gets out of control and only a military solution remains, the blow will be very serious, practically ending the conflict completely. The lengthy conversations and persuasions that are currently underway in Syria are beyond our reach.

Ctrl Enter
Noticed oshЫbku Highlight text and press. Ctrl + Enter
We are
Situational analysis of the death of the MH17 flight (Malaysian Boeing 777), made on the basis of engineering analysis from 15.08.2014Caucasian affairs
36 comments
Information
Dear reader, to leave comments on the publication, you must to register.