The death of the general, the insolvency of the Osa air defense system and other moments: the second day of the fighting in Karabakh in the reports of the sides 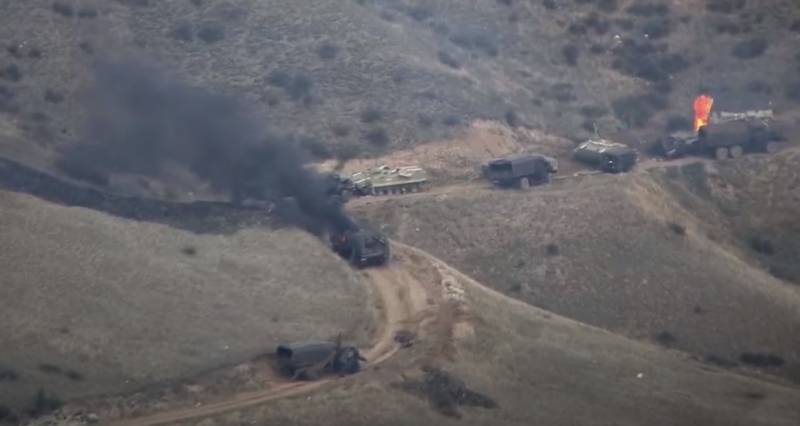 The active phase of the conflict in Karabakh continues. According to reports coming from both sides of the confrontation, the Armenian and Azerbaijani troops mutually suffer heavy losses during the fierce battles. However, earlier, manipulations with statistics were noted more than once, in connection with which it would be more correct to rely on evidence coming from Yerevan and Baku. Below are video clips describing the second day of the battles.


The materials presented by the Armenian side demonstrate the defeat of the enemy's armored vehicles. Azerbaijani Tanks, BMP and vehicles.

Azerbaijan's controls demonstrate the destruction of Armenian T-72 MBTs. The deaths of representatives of the enemy's command personnel are announced - the head of the intelligence department of the General Staff of the Armenian Armed Forces, Major General Arakel Martikyan, Colonel Nikolay Haykyan, the commander of the air assault battalion, Lieutenant Colonel Lernik Vardanyan. The loss of control over a number of territories was recognized in Karabakh.


The sides make intensive use of artillery. According to the materials posted, Azerbaijanis actively use self-propelled systems (for example, the Pion self-propelled gun), in contrast to the Armenian troops, which demonstrate the operation of towed weapons (such as D-30 howitzers).

Rocket launchers are used, including TOS-1A "Solntsepek", a large batch of which was previously supplied to Baku. According to Azeri Defense, the Armenians use Serbian G-2000 missiles from the Grad installations. 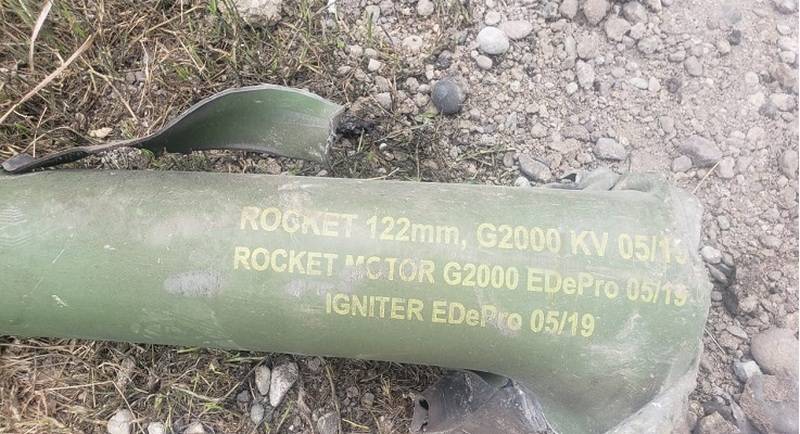 Judging by the personnel, the Armenian air defense system is unable to cope with the threats. Its main caliber, the Osa-AKM anti-aircraft missile systems, according to many observers, demonstrates inconsistency in the fight against attack drones. A similar situation was in Idlib, during the offensive of the Turkish troops. At the same time, these air defense systems are one of the main military "anti-aircraft guns" in the Russian army. It was reported about a number of modernizations of the "Wasp" carried out in the Russian Federation, but there is no information about the serial delivery of improved versions to the troops.

On both sides there are heavy losses in enemy manpower.


A number of statements indicate the possibility of further escalation of the confrontation. Against the background of the loss of control over a number of territories, Armenian Prime Minister Nikol Pashinyan announced the need to retaliate. To a certain extent, Ankara acts as a deterrent, but Yerevan is ready to fend off this threat as well. Thus, the Armenian ambassador to the Russian Federation pointed out Yerevan's intention to use the Iskander-M OTRK in the event that Turkish F-16 fighters are involved in the conflict. Apparently, we are talking about a strike with operational-tactical missiles against strategic targets located in Turkey.

Against the background of the development of the active phase of the conflict in both republics, mobilization is underway. Armenian resources state that the Georgian border guards do not allow volunteers who intend to take part in the conflict to cross the border.

Ctrl Enter
Noticed oshЫbku Highlight text and press. Ctrl + Enter
We are
New war in the Caucasus be?Umbrella for the Russian outpost ("Mirror of the Week", Ukraine)
227 comments
Information
Dear reader, to leave comments on the publication, you must to register.