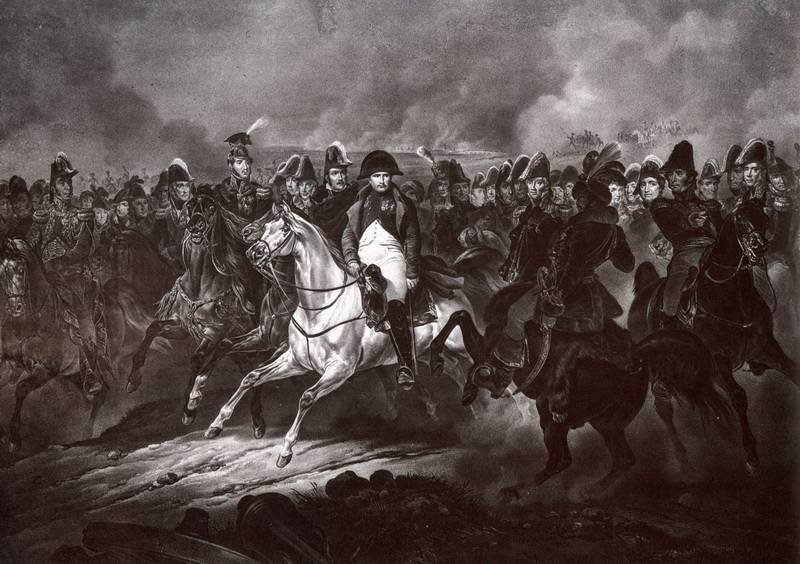 Napoleon surrounded by his marshals and generals

Others died in battle
Others cheated on him
And they sold their sword.
Lermontov

During the First Empire, there were 26 marshals. It is noteworthy that all these marshals appeared not thanks to Napoleon, but thanks to the revolution. It was the revolution that helped rise to many talented people who rose exclusively on their own, thanks to their courage and valor. Marshals Ney, Murat, Bessières, Berthier, Jourdan, Soult, Suchet, Masséna, Lannes were from the common people. Napoleon said that each of his soldiers "carries a marshal's baton in his knapsack." [/ I]

I'll start the story with Alexander Berthier, whom Napoleon called his "right hand"... The future chief of staff was born on November 20, 1753 in the family of an engineer-geographer. Received a good education, mainly in mathematics. From a young age he drew up maps of the royal hunt for Louis XVI, which were distinguished by accuracy, purity and beautiful design.

Berthier entered the Lorraine Dragoon regiment - the best cavalry school of that time. He took part in a campaign in America, being at the headquarters of the Count of Rochambeau. He was present in the naval battle at Cisapeake, in the expedition against Jamaica and reconnaissance at New York. Returning to France, Berthier took up the post of senior officer at Segur's headquarters. Then, having risen to the rank of colonel, he inspected the military camps of the King of Prussia. During the revolution, he served as chief of staff at Lafayette, and then at Besanval. Berthier met General Bonaparte in the Italian campaign. Napoleon immediately recognized Berthier's talent. From that time on, the joint work of Bonaparte and Berthier began. Napoleon said: "... he had an indecisive character, not very suitable for commanding an army, but he possessed all the qualities of a good chief of staff.".

In 1812, Berthier did not have a moment's rest. He slept in full dress, for he was very often woken up, and Napoleon demanded that the chief of staff come to him dressed according to etiquette. Berthier showed extraordinary foresight, accuracy and precision in the execution of orders. But even with such a wonderful performer, everything did not always go smoothly. Berthier simply could not withstand the difficulties of the campaign, which caused frequent anger on the part of his emperor. He begged Napoleon to take him with him when leaving for Paris, but the emperor responded evasively.

On accession to the throne of Louis XVIII, Berthier betrayed his emperor. The King made him Marshal of France and awarded him the honorary title of Captain of the King's bodyguards. He went to his father-in-law, the Prince of Bavaria. Standing on the balcony, Berthier experienced an apoplectic stroke, after which he fell from him and crashed. 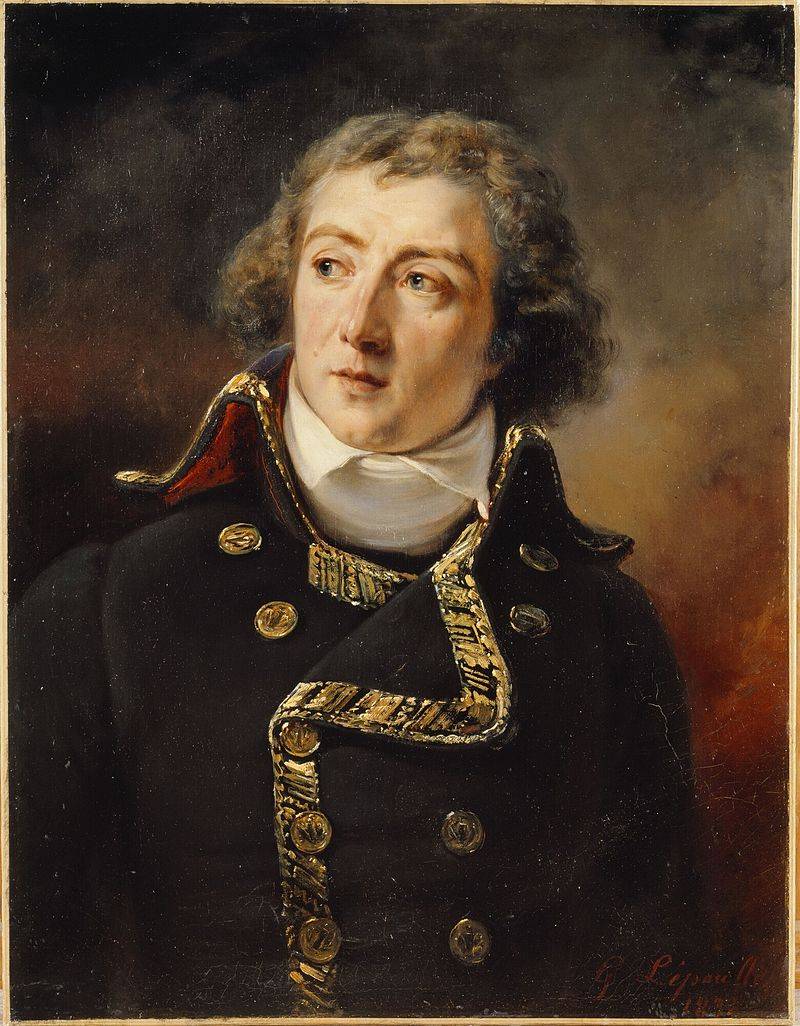 Jean-Baptiste Bessière was born on August 6, 1768 in the city of Preisac. He began his service as a private in the army of King Louis XVI. At the end of 1792 he entered the 22nd regiment of horse rangers. In the Italian campaign, he showed his bravery at the Battle of Roverdo by capturing two Austrian cannons. In another battle, Bessières desperately rushed at an enemy battery, but fell from a horse killed by a cannonball. Rising up, he again rushed to the enemies and captured the cannon. His diligence was noticed by General Bonaparte, who made him the chief of his bodyguards.

Bessières assisted Napoleon on the 18th and 19th Brumaire. When Napoleon became emperor, on May 19, 1804, he made Bessières a marshal. In the campaign of 1805, he distinguished himself in the battle of Austerlitz, breaking through the enemy center with the help of cuirassiers, capturing several guns. In the Battle of Preussisch Eylau, Bessières desperately rushes to the enemy's right flank. During the battle, two horses died under him.

But his main successes were made in Spain. In 1808, Napoleon sent Bessières to Spain, placing the 2nd corps under his command. On July 14, he defeated the twenty thousandth Spanish army, which was under the command of Joaquin Blake. Continuing in the same spirit, Bessières brought the Battle of Burgosse and Somo Sierra to victory. This year Napoleon granted Bessières the title of Duke of Istria.

In the 1809 campaign of the year, Bessières commanded all the cavalry of the Guards. Under Essling, he showed extraordinary courage and, through many cavalry attacks, frustrated the Austrian troops. During the battle of Wagram, he was wounded by an artillery cannonball. Seeing the fall of their leader, the guards mourned him with sincere tears, thinking that he had died. There was no end to the enthusiasm among the troops when it became known that the marshal had survived.

In 1812 he commanded the Guards Corps. At Borodino, it was he who begged Napoleon not to touch the guard. During the retreat, he showed courage, cheering the troops. In 1813 he commanded all the cavalry. On May 1, in the battle of Rippach, he was mortally wounded by an enemy cannonball that hit him right in the chest. "How popular he was among the rank and file soldiers, - K. Marx wrote about him, - can be judged by the fact that it was considered advisable not to inform the army about his death for some time "... But, unfortunately, Bessières did not shine with the talent of the commander. He was an excellent performer, but he was not adapted to independent tasks. 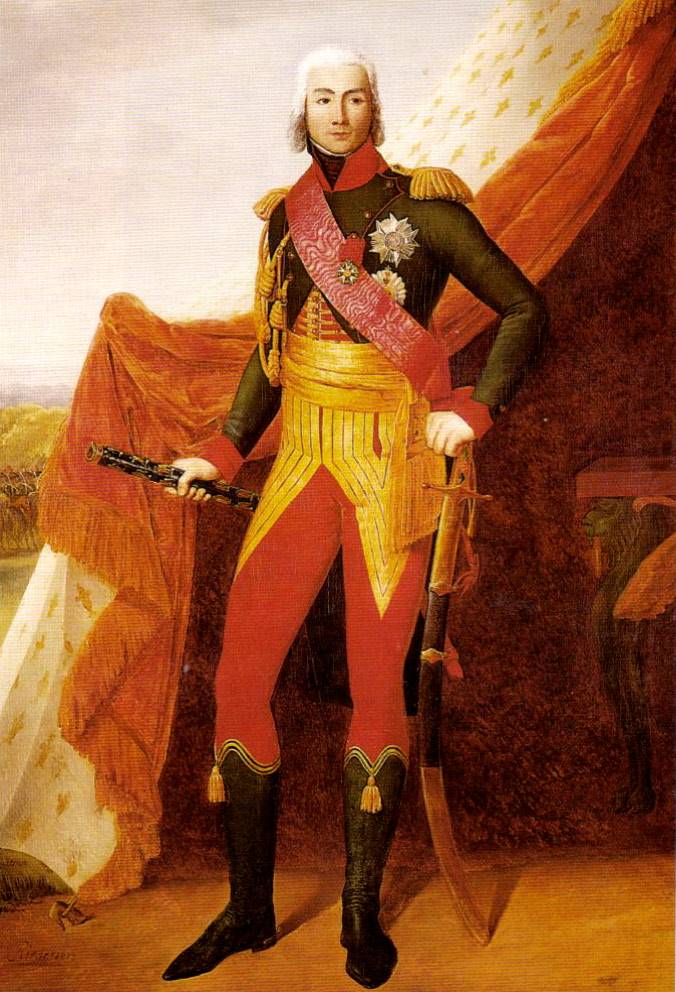 Edouard Mortier was born in Cambrai in 1768. He grew up in the family of a landowner, elected to the states general by a deputy from the third estate. At 23, Mortier entered the Legion of the Department of the North. He took part in the battles of Mons, Brussels, Louvain, Fleurus and Maastricht, where he showed extraordinary ingenuity and resourcefulness. On May 31, 1796, he defeated the Austrians, throwing them over the Asher River. On July 8th he occupied Giessen and took part in the siege of Frankfurt.

In 1799 he acts on the Danube, from there he goes to Switzerland and makes his contribution to the expulsion of the enemy from the Cisalpine Republic. In 1803, Napoleon instructs Mortier to make a campaign against Hanover. The campaign ended with the annexation of Hanover to France. On May 19, 1804, Napoleon made Mortier a marshal. In 1807, for his successes in the battle of Friedland, he was awarded the title of Duke of Treviso.

In 1812 he commanded a young guard. Duronnel recommended to Napoleon that Mortier be appointed mayor of Moscow. The emperor agreed to this proposal, and Duronnel himself delivered the order to the Duke of Treviso to take control of Moscow. In 1813, at the head of the young guard, Mortier participated in the battles of Lutzen, Bautzen, Dresden, Wachau, Leipzig and Hanau. In 1814, Mortier defended Paris.

He went over to the side of Louis XVIII, for which he was awarded the title of peerage and the Order of St. Louis. During the Hundred Days, he joined Napoleon, having received an order to protect the northern and eastern borders. In November 1815 he entered the tribunal that tried Marshal Ney, and, naturally, spoke out against. In 1830 he joined the government of Louis Philippe, and in 1834 was appointed Minister of War.

Mortier was mortally wounded by shrapnel and died soon after. This happened on July 25, 1835 during the assassination attempt on Louis Philippe. 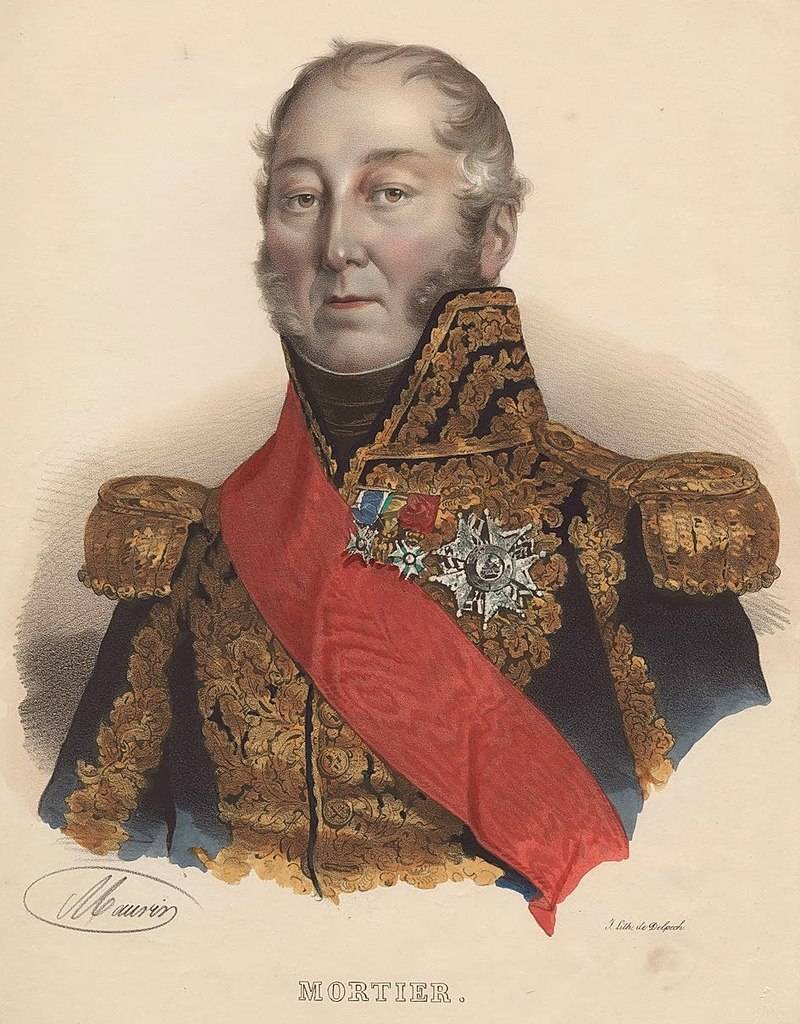 Edouard Mortier, Marshal of the Empire and Duke of Treviso

Francis Joseph Lefebvre was born in the city of Ruffake on October 25, 1755. When Lefebvre was 18 years old, he lost his father, so he went to live with his uncle, who was a priest. His uncle gave Lefebvre a spiritual education, but he was not particularly interested in it. Soon he entered the army as a private, rising to the rank of sergeant. He showed great courage in guarding the royal family returning from the Tuileries to Saint-Cloud. In 1793, Lefebvre was promoted to colonel for his great courage, and a year later - to divisional general.

In 1796 at Altenkirchen, he captures 4 banners, 12 cannons and 3.000 prisoners. In 1798, in connection with the death of the outstanding General Ghosh, he assumed temporary command of the army of Sambra and Meza. Returning to Paris, he was appointed manager of the 14th arrondissement. Lefebvre actively helped Napoleon in the coup of the 18th Brumaire, for which he became a senator. On May 19, 1804, Lefebvre received the marshal's baton. Distinguished at the siege of Danzig. During the siege, Lefebvre showed great ingenuity and resourcefulness. The fortress surrendered on May 24, 1807. Lannes and Oudinot, who helped Lefebvre in the siege, refused to occupy the fortress, claiming that all the credit rests with Lefebvre. For the capture of the fortress, Lefebvre received his title of Duke of Danzig.

A year later, the duke was sent to Spain to command the 4th corps. On October 31, he won a landslide victory over Black at Durango. The next year he was sent to Germany, where he participated in the battles at Tann and Erbersberg. Lefebvre made a great contribution to the victory at Wagram. In 1812 he commanded the old guard. In 1814 he took part in the battles of Arsy-sur-Aub and Champobert. Was introduced to the Russian Emperor Alexander I after Napoleon's abdication.

Louis XVIII elevated him to the dignity of a peerage. The duke died on September 14, 1820, outliving his 12 sons. 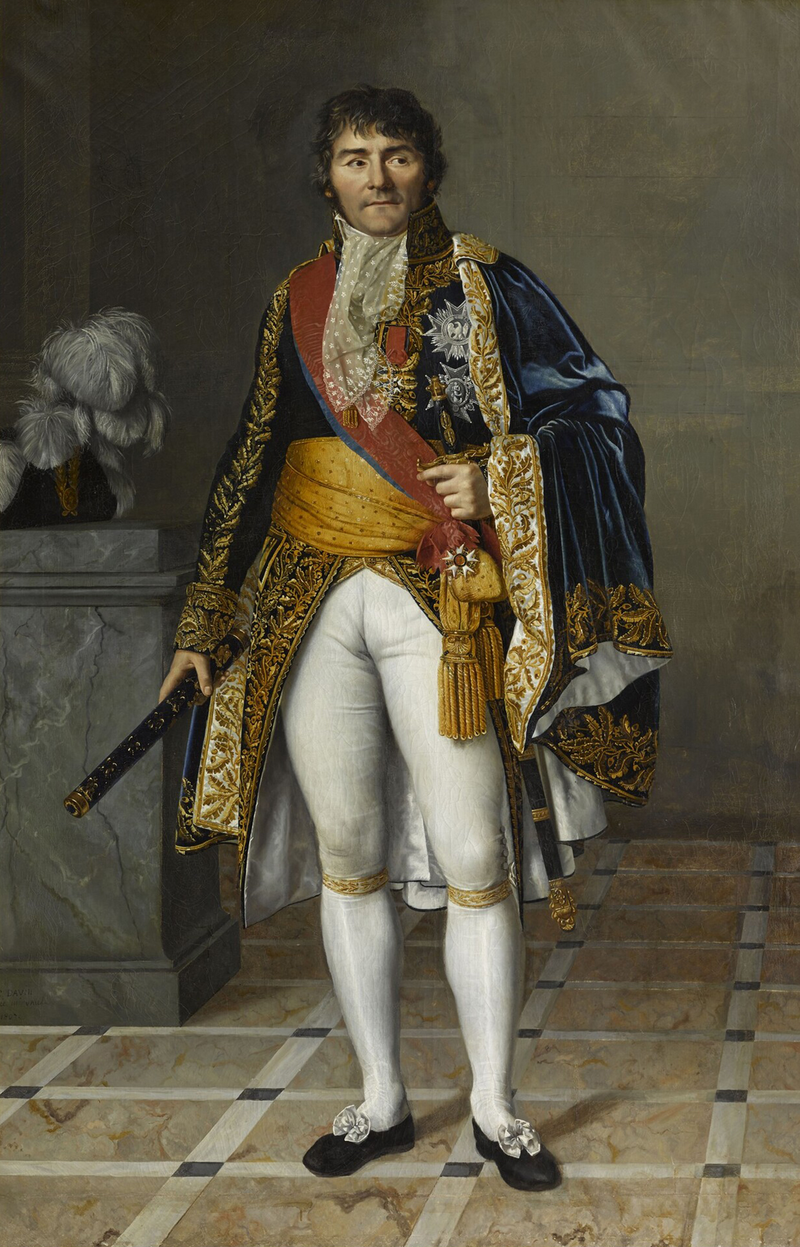 Francis Joseph Lefebvre
To be continued ...

Ctrl Enter
Noticed oshЫbku Highlight text and press. Ctrl + Enter
We are
Joachim Murat. Hero who became a traitorMarshall baton
101 comment
Information
Dear reader, to leave comments on the publication, you must to register.