Juveniles from the high road: how to select a child 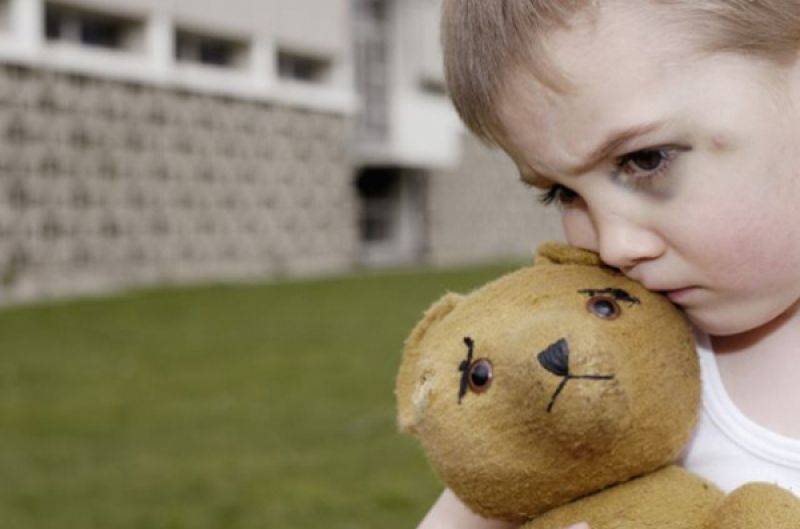 Not to look nervous!

Almost every city in Russia can tell creepy stories with the forced removal of children from disadvantaged families. Of course, for the most part, this is a completely justified fact: parents at least do not fulfill their duties, and in extreme cases they beat and starve. But there is also a downside to the work of the guardianship authorities. And there are many examples of this.

May 2020. Village Tulip, Orenburg region. The entire Internet has spread around video, which is really not recommended for the faint of heart.

The guardianship authorities, together with law enforcement officers, seized three young children from a married couple. Among the complaints were unsatisfactory living conditions for children, it was noted that wallpaper was not pasted. Indeed, the decor in the home is not the most sophisticated, but this is far from being a reason to barbarously take away crying children and handcuff their mother. According to the logic of representatives of juvenile justice, with the same success it is possible to take children away from every second or third large family: families in Russia clearly do not become richer at the birth of children. The scandal that broke out led to the dismissal of the head of the district and a close inspection of the activities of the security forces. As a result, after the showdown, the children were returned to the unfortunate mother, and the benefactors purchased a house in Orsk for a large family. This story ended happily largely due to the video footage left after the arrest. But how many of these barbaric seizures of children "with the best of intentions" passed by video recording and remained without punishment? 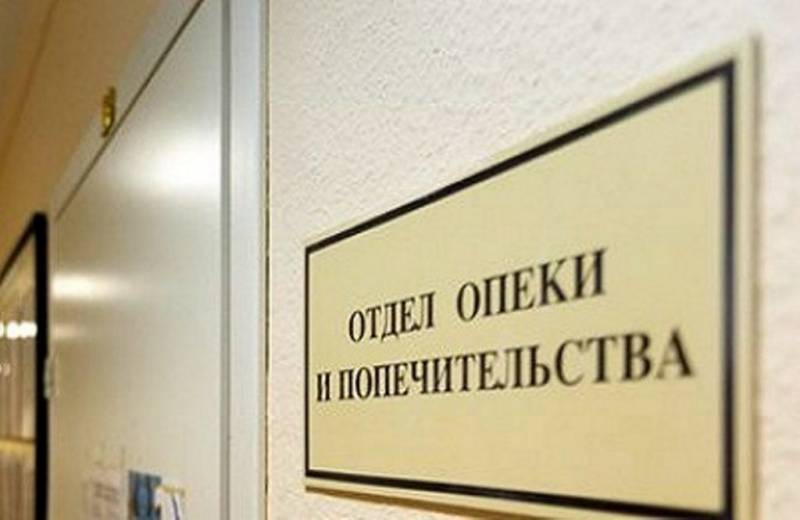 Source: gosuslugi-official.help
In the village of Kormovishche, Perm Territory, at the end of May this year, the police department for minors and local guardianship authorities took three children from the family. All this happened in the midst of a pandemic, so the parents could not get adequate comments until the end of the summer - they explained everything by the paralysis of document circulation due to quarantine. Only by September, the Ural journalists managed to knock out information from law enforcement officers regarding the reasons for the seizure of children, the youngest of whom is only three years old. As it turned out, the guardianship with the police left at the signal of local paramedics, who pointed to child abuse. According to the guardianship authorities, the children had abrasions on their faces and bruises on their bodies. The father claims that his family did not even belong to the category of dysfunctional, although it was under the supervision of social protection. Now children are in the Center for Assistance to Minors and, obviously, the end of this story is still far away. It would seem that everything here is quite transparent: there is indirect evidence of child abuse, unsatisfactory (according to the guardianship) living conditions and an elementary shortage of food in the refrigerator. However, it is striking how parents are limited in their rights. Based on the private opinion of the paramedic examining children, not supported by the conclusion of at least some kind of examination, the entire children are taken away from their parents for several months. Moreover, the law does not require a court decision - social services can select children even without consulting the courts. 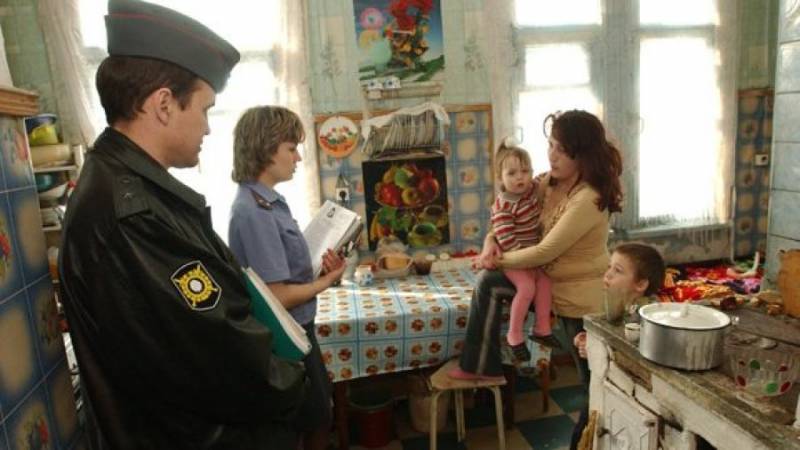 Source: cdn.iz.ru
Outrageous cases of child abuse often remain out of sight of juvenile justice. From year to year, we meet in the media the terrible stories of feral children whom their parents kept with pets and fed scraps. In Ufa, in 2009, the girl lived for several years with dogs and her mother who was drinking heavily. A year earlier in Volgograd, a 7-year-old boy was removed from his family, who never left the house and did not communicate with anyone except canaries and parrots. In 2018 in Chita, five-year-old Natasha Mikhailova ate out of the same bowl with dogs and cats for several years. The child completely lacked social communication skills, she could only meow and bark, and in terms of development, she remained at the age of two. At the same time, five of her relatives lived in the house. In all these cases, the guardianship authorities either did not take the necessary measures, or did not even know about the nightmare that was happening on the territory of the municipality.

At the same time, a number of cases speaks simply of the hypervigilance of the guardians of the social well-being of minors. In St. Petersburg, a few years ago, a child returned home from school and, not finding his parents, went for a walk around the city. The guardianship authorities somehow found out about the situation and in the evening they safely took the child out of the family. It took the parents several weeks to prove that there was no intent in their action to harm their son.

In order to voluntarily and forcibly place a child under the care of social services, parents just need to find outdated foodstuffs in their fridge, a lack of toys for the child, the absence of a separate room, scare the neighbors with a loud cry of the baby, leave the child with grandparents, and find bruises on the child's body. It is often possible to return a child to a family only through a court, and this requires lawyers, whose services cost a lot.

A little about the most unpleasant side of the activities of juvenile justice. In Novosibirsk, in 2016, a large family for several months was terrorized by the local guardianship with threats to take the children away. It seemed like a common story involving dirt in the apartment, empty refrigerators and circumstantial evidence of abuse. But here everything turned out to be unusual. A former police officer who turned into businessmen decided to put pressure on his father with many children through old connections in the guardianship authorities and ask him to move in his interests. The story turned out to be very resonant for the region and opened up new facets of juvenile justice.

Of course, what is happening in a country with juvenile justice is still far from the idiocy that is happening in some Western countries. For example, in Scandinavia, the practice is still used when a minor can be taken away from the family simply for a complaint about bad food. But something must be done with domestic barbaric methods of extrajudicial removal of children. In the State Duma this summer, a bill was considered, according to which it will not be so easy to take a child at the disposal of the guardianship authorities. Most importantly, now it will not be the specialists of the juvenile justice authorities that will decide the issue of removing the child from the family, but the judges - these are people who are much more competent in this area. At least, I really want to believe in this. And only with a court decision in hand, social services will have the right to interfere in intra-family relations. Maybe the head of one of the districts of the Orenburg region would not have had to resign after the ill-fated seizure of three children - after all, it was he who signed the decree of the guardianship authorities. If the law is passed, judges will be guided by conditions that directly threaten the life and health of the child. In this regard, the lawmakers comment:

“We are talking, in particular, about the lack of child care that meets his physiological needs in accordance with age and health. For example, a high degree of physical exhaustion of a child and the failure to provide him with water, food for a long time, lack of care for an infant, or leaving him alone for a long time, unattended. The real degree of danger to a child should be determined in each specific case, taking into account the age, state of health, as well as other circumstances of his residence. " 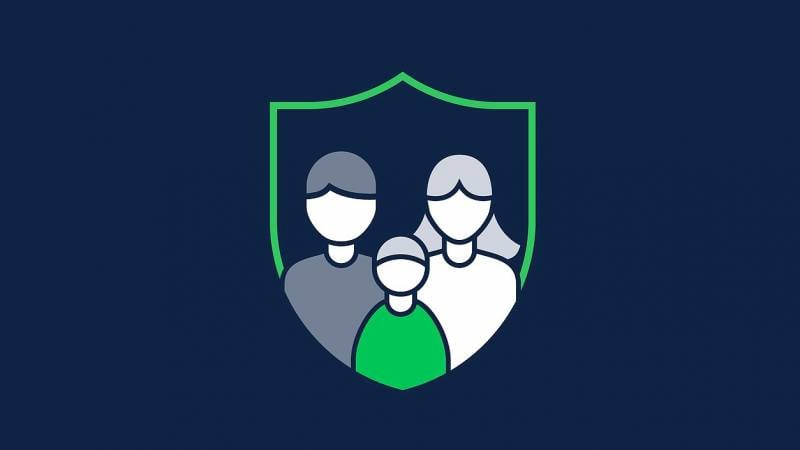 Source: duma.gov.ru
I must say that the initiatives of the State Duma will add work to prosecutors. In extreme conditions, when a child's life can be cut short in a matter of hours, a representative of the prosecutor's office and a police officer will go to the family with the guardianship. And only in such a composition will they be able to confiscate the child to save his life. For example, when a minor is emaciated and this is visible with the naked eye, and not if the refrigerator is empty, as it seemed to the social worker. The solution to the problem seems to have been found, and it looks quite decent on paper. It remains to be hoped that the law, firstly, will reduce the barbarity on the part of social services, and secondly, it will not force the guardianship to turn a blind eye to really egregious cases of child abuse in families. Still, now, to start the procedure for the removal of children from sadistic parents, you will have to go to court.

Ctrl Enter
Noticed oshЫbku Highlight text and press. Ctrl + Enter
We are
Family policy of Russia. Without a healthy family there will be no strong stateTaking over foreign experience ...
100 comments
Information
Dear reader, to leave comments on the publication, you must to register.