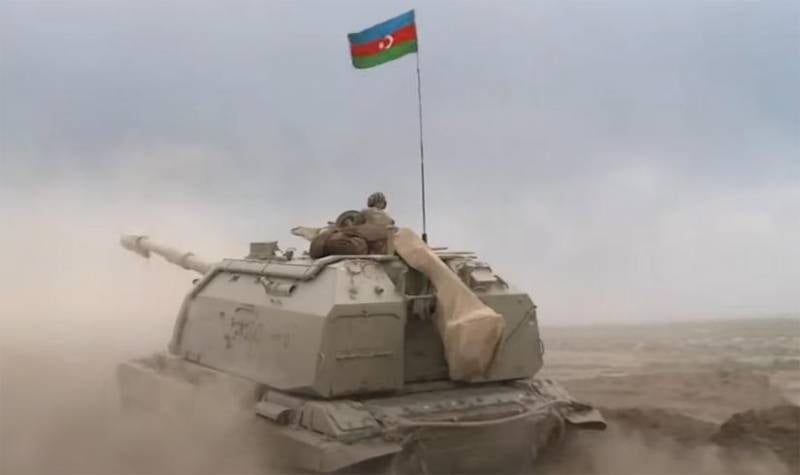 The topic of the aggravation of the situation in Nagorno-Karabakh is today covered in the media space of many countries of the world. Special attention is paid to the new round of the Armenian-Azerbaijani conflict in Turkey. Some time ago, Turkish media reported that the command was ready to send a detachment of elite special forces to Azerbaijan "to defend territorial integrity."


The Turkish press emphasizes that the territory of Nagorno-Karabakh de jure belongs to Azerbaijan. Based on this, Ankara considers attempts to resist Baku in this region as acts of separatism. From the point of view of international law, everything is legitimate. However, this kind of Turkish logic for some reason does not explain how it happened that Ankara does not consider those who oppose Damascus in Syria as separatists ...

Turkish observer Sertach Aksan writes that "Armenia is committing aggression against Azerbaijani territory." And here there is something wrong with Turkish logic. Indeed, in this case, the same Sertach Aksan and official Ankara must admit that Turkey is committing aggression against Syria, since the Turkish military was not invited to this country by either the official authorities or the UN Security Council.

Also, the Turkish press is actively describing the use by the Azerbaijani side of weapons and military equipment produced in Turkey, including reconnaissance and strike drones.

In the material of the Turkish agency "Anadolu" it is reported that after striking the Armenian positions in the Agderin region, it was proposed to surrender the enemy's garrison weapon.

Such an ultimatum was presented to the enemy by the Azerbaijani troops with the aim of avoiding a complete defeat and an increase in losses.
It is important to note that the Turkish side does not call on Baku and Yerevan to negotiate. The main focus is the actual support of the fighting.

Meanwhile, reports came from Iran, which say that as a result of the hostilities in Nagorno-Karabakh, several ammunition flew into Iranian territory. Fortunately, there were no casualties.
Ctrl Enter
Noticed oshЫbku Highlight text and press. Ctrl + Enter
We are
Reports from the militia of New Russia for 27-28 September 2014 of the yearNew war in the Caucasus be?
208 comments
Information
Dear reader, to leave comments on the publication, you must to register.