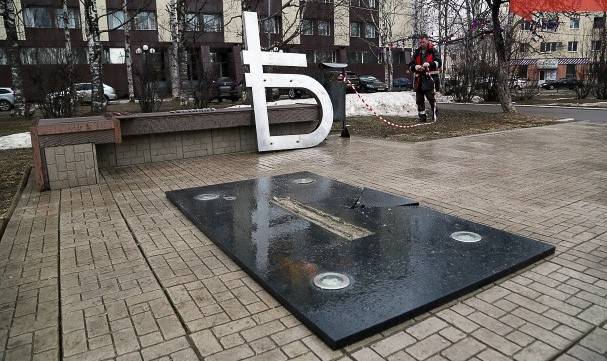 What do we care about them?

Today, only two circumstances are slightly reassuring. The first is that six years ago, right after Crimea, and then in 2016, with the next seasonal aggravation, fans of sanctions already had something similar. And forecasts about 100 rubles per euro or dollar, and predictions of the collapse of the entire Russian economy.

And the second is that the overwhelming majority of Russians now do not care about exchange rates. Ordinary citizens are not allowed abroad, and Turkey does not count at all here: it, like Bulgaria once, is not abroad for us at all. It is much more important that prices within the country do not rise up.

This weekend the ruble slipped to 91 against the euro and 77 against the dollar. The marks are not symbolic, and not even psychological, it is just that there has not been such a rate to the euro since the aforementioned 2016. Against the dollar, remember, it already happened worse, at least in March 2020. 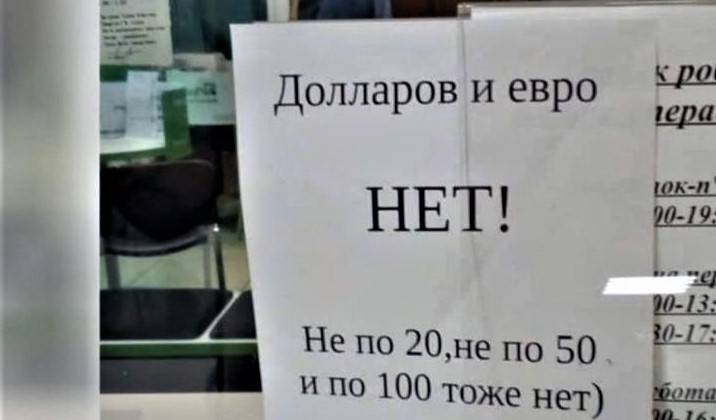 It's unpleasant, of course, but you can live. Unless a passionate desire to urgently buy currencies for a rainy day or open a foreign currency deposit overwhelmed. With the first one, it's clear, everything is simple: if someone has an excess of rubles in their wallet, no one has the right to interfere with replacing them with something else. Other and more reliable, as it seems to many, and certainly more promising. This is not the point of view of the authors, but of their foreign colleagues in the pen and very numerous experts.

But the latter today almost vied with each other that the ruble is one of the most promising currencies in the world. Provided with boundless Russian resources above the roof, besides, backed up by colossal reserves of both the state and its Central Bank, a state one, albeit to the envy of an independent one.

Independent from whom is not so important. From whom it is necessary, from that and independent, if we follow the logic of the brave soldier Schweik, this sage who in a strange way found himself in a madhouse. Today, you see, a place in this institution should have been taken by very many of the "helmsmen", but the right to control, alas, still remains with them.

Don't put the ruble next to the dollar

It is well known that money, especially in its modern, paper and electronic form, is almost one hundred percent a surrogate for trust. For fifty years now, the dollar has only been supported by trust, and now the FRS is not even obliged to print papers with presidents. One click - and any number of new billions are thrown into the world circulation.

In this regard, it would seem that no one needs to prove that commodity currencies are backed by something more essential than the trust of the masses and, of course, the elites, such as the drug mafia and all the builders of financial pyramids taken together.

Is this why the Russian ruble has been predicted, if not a strong growth, then certainly not a fall? No, the real and terrible fall of the ruble has not happened yet. But one has only to want our Central Bank, and it will send all positive forecasts to the dump stories.

There would only be a corresponding command from which follows. Although, in comparison with the dollar, at the address of which someone is now stirring up a real panic, the ruble has already fallen very strongly.

Judge for yourself, from May to August, the dollar fell at the effective exchange rate (REER) by 4,3 percent against the major world currencies (against the yuan, pound and euro, as you need to understand). And hence all the calculations on inflation, competitiveness and the fall of the American, and after it, the world GDP.

The ruble, without any recalculation to the effective rate, fell at the exchange rate over the same months by only 4,8% against the euro and some 2,7% percent against the dollar. It is hard to believe in such figures, but now our "wooden" and "oil" ones are only mastering spring panic pandemic heights.

This is somewhere in the region of 80 rubles for an American and more than 90 rubles for a European. But how often the numbers are crafty. After all, it would seem, in order to assess the situation more accurately, it would be necessary to try on not to May, and not even to April, but to the March jump - the maximum rate for the euro at 85,96 rubles and for the dollar - 80,15 rubles.

Do not be surprised, since then the dollar has even fallen in price, but this was only the first sharp reaction to panic.

But one has only to recalculate exchange rates from a different starting point, and the picture will return to the norm, familiar to Russians, where the ruble should not inspire any optimism in anyone by definition. Let us take the beginning of the year as a starting point, so it is more familiar, and more precisely.

As they say, feel the difference if you have not been able to play at discounts.

At the same time, sometimes there is a persistent feeling that Western experts and analysts are almost lining up to promote the Russian ruble, which is now more likely to fall than to rise. Now the praises of the ruble have been written out to Goldman Sachs, an investment bank, that is, a clearly speculative bank. 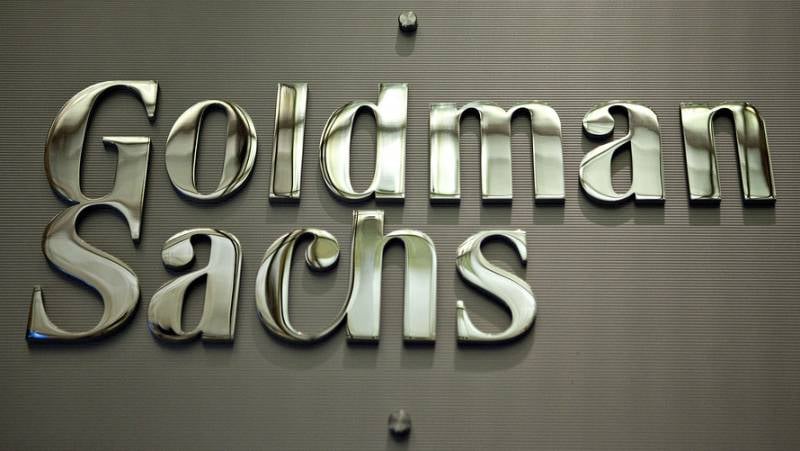 In this American financial store, the ruble was included in the list of the most promising currencies from among developing countries, as reported by CNBC. The Russian currency was on a par with the Mexican peso and the South African rand.

Neighborhood with the peso and the random is, as you need to understand, a compliment. But even then, at the finish of a hopeful summer, the authors expressed doubts about the confidence that representatives of not only the Western expert community, but also the domestic executive power and the Central Bank felt in relation to the national currency. Apparently, they felt a catch.

On the order of speculators, the estimate from Goldman Sachs is not very similar, but if the tips come from the Russian Central Bank itself, or, God forgive me, from the American Fed, everything falls into place. You don't really speculate with the dollar so impudently, simply because they won't believe it, but here - what the hell is not joking.

If something happens, you can, after all, play on the contrary, although it was about a month ago, and now is not the time. The ruble has already fallen too much, the time for a rollback should come just about.

Nevertheless, again, at the end of the summer, we tried to reassure readers, saying that the ruble has more chances for growth than for a fall (“The ruble is against everyone. Why is it falling and why should it strengthen "). In our later forecasts, we even criticized representatives of another branch of power, the legislative, for the fact that they do not share any optimism of government officials regarding the ruble.

But nevertheless, they took into account the reference made by Senator Sergei Kalashnikov to the Belarusian factor and to the Navalny factor. However, further on, alas, everything became even worse: a second wave of the pandemic was approaching, which clearly plunged those in power into something like a shock.

It would be necessary to close the shops again, until now it will hardly be possible to repeat the first run. Almost certainly everything will explode so that American “colored” passions will also fade. Moreover, it will explode, most likely, not where people have really lost a lot and forever. And where they can still survive and produce something real, in addition to transport, tourism and others like them services.

The Third World has already tried to explode more than once, but the trial balloons of the Civil War that swept across the United States, apparently, are only trial balloons. And only when the balls are rolling quite real, it will be possible to turn towards the promising ruble.

In the meantime, in our opinion, it is only promising from the point of view of speculative operations. Yes, the ruble is capable of generating profit for those who have access to large and cheap financial resources. And it is the dollar in this regard that now gives a good chance to earn extra money on buying and selling in pairs with just such currencies as the ruble.

The Russian ruble, in contrast to the tightly controlled yuan, was very demonstratively released by our regulatory bodies, headed by the Central Bank of the Russian Federation, into free exchange rate navigation. Is it any wonder that in response to any assurances from the West about the promising and even reliability of the ruble, harsh rebuffs follow from the same Central Bank? ..

Our main credit institution does not tire of repeating that a too strong ruble is unprofitable for our economy. Let them just show you where he is, strong?

Ctrl Enter
Noticed a mistake Highlight text and press. Ctrl + Enter
We are
Situational analysis of the death of the MH17 flight (Malaysian Boeing 777), made on the basis of engineering analysis from 15.08.2014Results of the week. “In our cooperative, the board is always agreed”
263 comments
Information
Dear reader, to leave comments on the publication, you must to register.