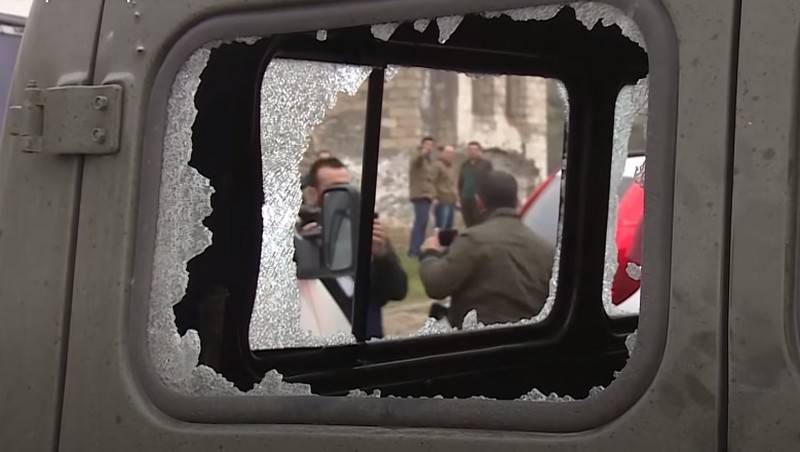 Partial mobilization has been announced in Azerbaijan. The corresponding decree was signed by the President of the Republic, Ilham Aliyev, today, September 28, 2020. The text of the document was published on the website of the head of state.


According to the decree, the State Service for Mobilization and Conscription of Azerbaijan is starting to call up servicemen in accordance with previously approved plans. Martial law and a curfew were introduced in Baku and a number of regions of the country yesterday, which are in effect from today.

The military department of the republic yesterday, September 27, announced the start of a military "counter-offensive operation" along the entire line of contact in the zone of the Karabakh conflict in response to the provocations of the Armenian side.

In turn, Armenia announced an attack by the Azerbaijani army on the Nagon-Karabakh Republic. Martial law has been declared in the NGR and in Armenia itself, and mobilization is underway.

Meanwhile, the Ministry of Defense of Azerbaijan reports on the seizure of several dominant heights on the territory of Karabakh, and the offensive of the Azerbaijani army continues.

Several strategic heights around the Talysh village were cleared of the occupation forces, and the enemy suffered heavy losses. Due to missile, artillery and aviation blows (...) the enemy is forced to retreat from the lines that he intended to hold
- said in a statement.

In turn, the military department of the Nagorno-Karabakh Republic announces that several successful operations were carried out during the night, which made it possible to return the previously lost positions.

Both sides claim numerous losses from the enemy.
Ctrl Enter
Noticed oshЫbku Highlight text and press. Ctrl + Enter
We are
Aliyev spoke about the victory of the Azerbaijani army in 2016 yearNew war in the Caucasus be?
41 comment
Information
Dear reader, to leave comments on the publication, you must to register.