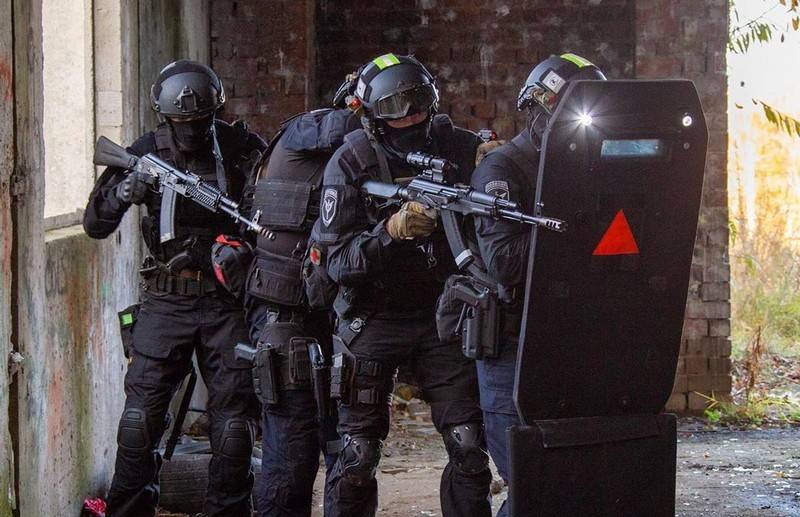 In Russia, the creation of a special exoskeleton for security forces has begun, capable of significantly lightening the weight of a heavy armored shield during an assault. About this in an interview with RIA News said Deputy Director of the company-developer of this technology "Rostec-Trusted Platforms - Robotic Systems" Maxim Skokov.


As Skokov explained, the company has already developed several variants of experimental samples of an exoskeleton called the Shieldik. The development has already become interested in law enforcement agencies, whose fighters are involved in military operations, namely in the National Guard, the FSO and the FSB.

In the special forces during the assault there is an operative carrying a large armored shield in front of him, he covers himself and his comrades walking behind with it. His task is to move slowly, call fire on himself and protect other special forces. The weight of such a shield can reach up to 45 kilograms, the exoskeleton "Shield" allows to reduce this load
- said the deputy director of the company.

Skokov did not give details of the development. Most likely, the developed exoskeleton does not have power sources, but distributes the load from the shield due to its design.

Ctrl Enter
Noticed oshЫbku Highlight text and press. Ctrl + Enter
We are
Save your body! Overview of foreign products in the field of wearable protectionDecember 2010 years. Russian March. Senseless and merciless? Notes not a Russian person
11 comments
Information
Dear reader, to leave comments on the publication, you must to register.