Born on fire. Modern countries that would not exist without wars 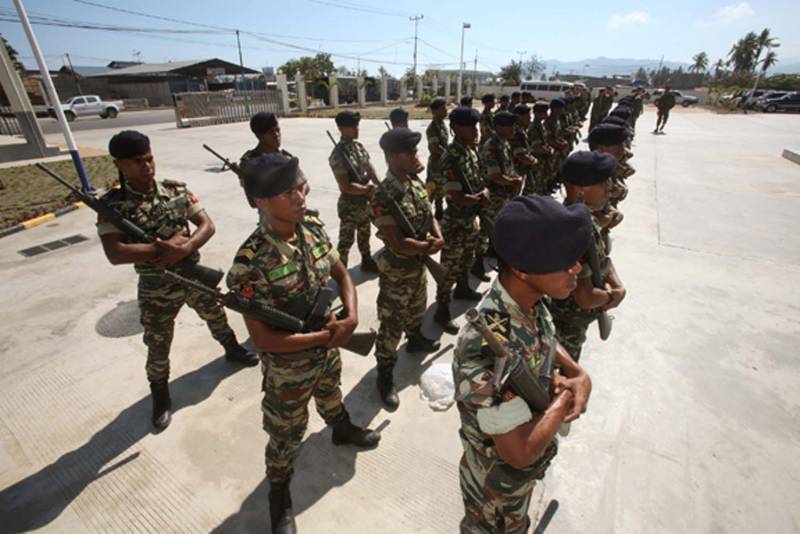 It would seem that a geographical map in our time is an established and practically unchanging thing. Nevertheless, already in the XNUMXst century, a number of states appeared on it that did not exist before. A common feature uniting almost all of these countries is that they were born as a result of armed conflicts.


The dwarf Sint Maarten and Curacao, the former colonies of the Netherlands in the Caribbean Sea, which received their own statehood in 2010 (even if and in a somewhat curtailed form: Amsterdam is still responsible for their defense and foreign policy) as a result of the usual agreements. Curacao is a really large island with a population of one hundred and fifty thousand people, and Sint Maarten is a "tiny little" with an area of ​​35 square kilometers, on which 40 thousand souls live.

It is completely anecdotal история with the advent of North Macedonia. Here, generally speaking, we are not talking about the formation of a state, but only about changing the name. This territory broke away from Yugoslavia without problems back in 1991. Terribly offended by the "theft of the historical name" of one of their own provinces, the Greeks "got" the Macedonians for a long time and stubbornly, putting spokes in their wheels on the way to the European Union and making other intrigues. Last year, the country's inhabitants surrendered, and now it is called not the Republic of Macedonia, but North Macedonia. There was a reason to break spears ...

With East Timor, things were much more dramatic. Having barely got rid of the status of a Portuguese colony (1975), the local residents learned that they were now citizens of Indonesia. They did not really like it, but the USA and Australia sided with the desire to acquire the 27th province of Jakarta, with great enthusiasm they threw firewood into the fire of the conflict that broke out in the country, where the occupiers were on the one hand, and on the other - local rebels.

The case ended with a 1999 referendum on the self-determination of the region, in which almost 80% of the population voted for its independence. Violence in the country did not just stop, but even increased, and in reality, East Timor separated from Indonesia only in 2002, after the appearance of the UN peacekeeping contingent there. However, the international police force had to be brought into the country in 2006-2007, when bloody chaos reigned in it again. People do not live in peace ...

The Sudanese armed conflict, during which the inhabitants of the South and North of this country mercilessly exterminated each other, lasted 17 years (the first civil war), and then flared up with renewed vigor in the 80s of the last century and lasted with varying success for another good two decades. In its most simplified form, it was an irreconcilable confrontation between southern Arabs, professing Islam, and black northerners, who categorically did not want to live according to Sharia law.

The Sudan People's Liberation Army, created by them, achieved the fact that in 2005 the region received autonomy, and in 2011 it was recognized as a fully independent state. Tellingly, a Kalashnikov assault rifle flaunts on the flag of this organization. By the way, he is also present in the coat of arms of East Timor. This, of course, allows us to talk about the significant contribution of Russian military design thought to the process of gaining independence by some countries.

The rest of the states that have officially settled on the globe already in this century, in fact, like Macedonia, are fragments of the Socialist Federal Republic of Yugoslavia, which first disintegrated and then finally perished under NATO missile and bomb attacks and the pressure of local separatist movements, all the same alliance supported. Even after the disintegration of the SFRY, Montenegro was kept under the same roof with Serbia, but after the 1999 war, the process of disintegration began, leading to a referendum in 2006, as a result of which it finally separated from Belgrade and acquired an independent status.

Accordingly, after this "divorce", a state such as the Republic of Serbia took shape. I would like to say "definitively", but the Kosovo issue hinders this. In 2008, Kosovo, with its “capital” in Pristina, with the connivance and instigation of the West, also declared itself an “independent state,” with which Belgrade strongly disagree (by the way, in Moscow, too). Today, the Republic of Kosovo can boast of the official recognition of either 115, or a little more of the 195 countries that make up the UN, and will achieve full sovereignty, judging by the spineless policy of the Serbian leadership, in the very near future.

In conclusion, it is impossible not to mention several more geographical names that have appeared in the smoke and flames of local conflicts already in the XNUMXst century. They belong to the category of "unrecognized states", but this does not prevent them from courageously defending their own freedom and independence, resisting attempts by neighbors to force them to obedience with fire and sword. We are talking, of course, about Abkhazia, South Ossetia, Donetsk and Lugansk people's republics. Who knows, it is quite possible that on future geographical maps they will also take their rightful place, paid in blood.

Ctrl Enter
Noticed oshЫbku Highlight text and press. Ctrl + Enter
We are
About Stalin and KhrushchevWhat you didn't want to know about England
48 comments
Information
Dear reader, to leave comments on the publication, you must to register.