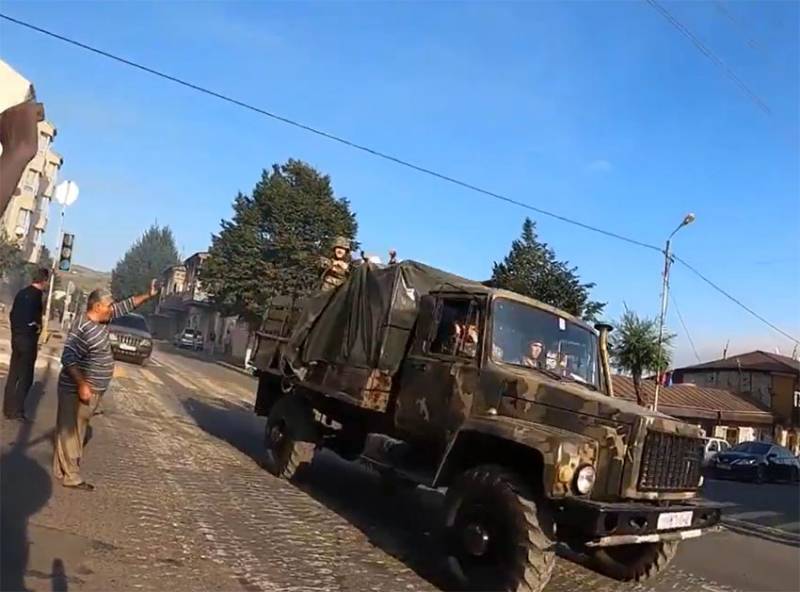 The Cabinet of Ministers of Armenia has introduced martial law in the country. Prime Minister Nikol Pashinyan announced a general mobilization due to the situation in Nagorno-Karabakh.


As the news Agency of the Nagorno-Karabakh Republic Artsakh1, the Azerbaijani army attacks simultaneously in different places along the entire line of contact, using drones, artillery and Tanks... At the same time, the attackers lost 14 UAVs, two helicopters, and suffered losses in armored vehicles.

In this regard, NKR President Arayik Harutyunyan declared martial law, which became known from the message of his press service.

President of the unrecognized NKR has declared martial law in Karabakh, his press service reported pic.twitter.com/09kVce0Ilp

In his address to the people, Ilham Aliyev confirmed that the Azerbaijani military had opened fire. At the same time, he claims that this is a response to the aggression on the part of Yerevan. The President of Azerbaijan said that Baku switched to active actions after the shelling of Azerbaijani settlements by the Armenian military, as a result of which the civilian population suffered.

The Azerbaijani Defense Ministry has addressed the population of Nagorno-Karabakh with a warning about the start of a counter-offensive from Baku. The military department recommended that civilians stay away from military installations.

An official statement was made by Ibrahim Kalyn, the official representative of Turkish President Recep Tayyip Erdogan. He strongly condemned Armenia and announced his support for Azerbaijan.

The Russian Foreign Ministry has called on the parties to the conflict for a ceasefire and peace negotiations.

Ctrl Enter
Noticed oshЫbku Highlight text and press. Ctrl + Enter
We are
Summary of the week from voenkor Mag about events in the DNI and LC 21.04.18 - 27.04.18New war in the Caucasus be?
420 comments
Information
Dear reader, to leave comments on the publication, you must to register.