The US Navy received a new destroyer "Arlie Burke" 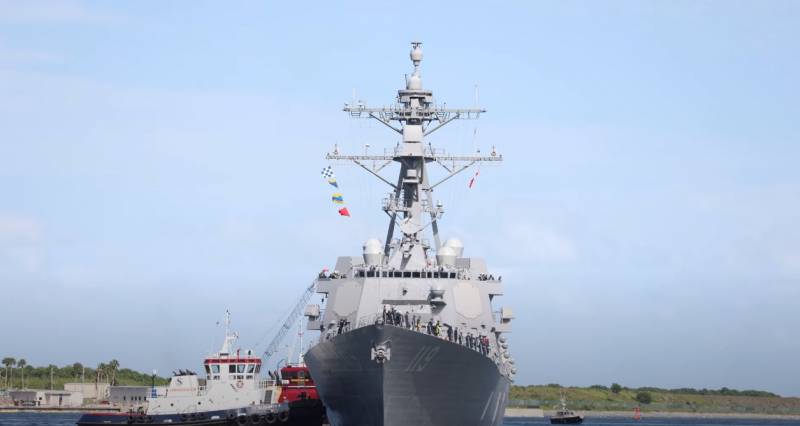 
The new ship is named after the first master chief petty officer of the American fleet... This title is held by only one representative of sailors and petty officers, who represents and defends their interests in the highest leadership of the armed forces.

Arleigh Burke-class destroyers form the backbone of the US Navy's surface fleet. These highly efficient multipurpose ships carry out a wide variety of operations - from military presence in peacetime to national security.
- indicates the Navy Recognition edition.

As a power plant, 4 General Electric LM2500 gas turbine engines are used, developing a maximum speed of 31 knots.
Ctrl Enter
Noticed oshЫbku Highlight text and press. Ctrl + Enter
We are
US fleet added to USS Paul Ignatius missile destroyer (DDG 117)The destroyer "Thomas Hudner" will be transferred to the US Navy
62 comments
Information
Dear reader, to leave comments on the publication, you must to register.