Who will get the bowels of the DPR? 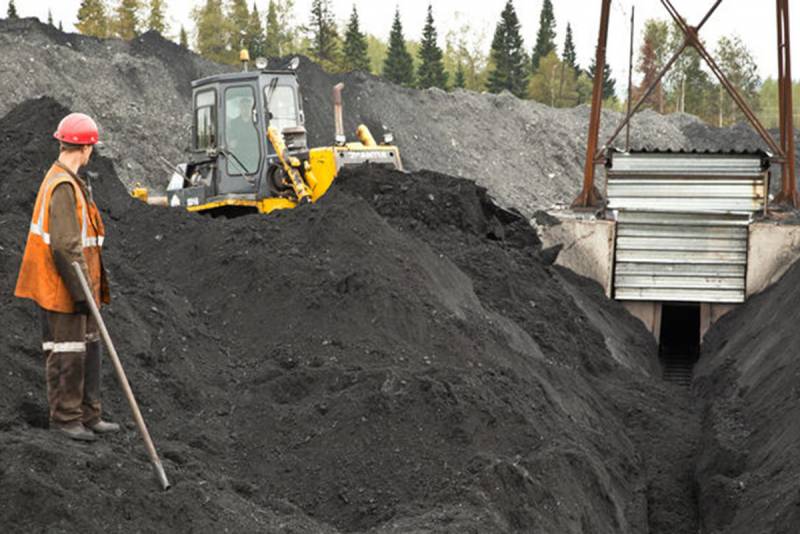 Forward into the bowels!

On September 24, 2020, the DPR announced the creation of the state corporation "Nedra", which should take control of the mining industry. The officially declared goals of creating the next corporation are “to ensure the economic security of the DPR, including mineral and raw material independence, to achieve an optimal balance between the extraction of minerals and their consumption and sale ... to increase the efficiency of managing the activities of mining enterprises, to create a production base for carrying out geological exploration, engineering-geological, hydrogeological and geological-ecological surveys, attracting investments in the mining industry ”and so on.

In simple terms, Nedra should put in order the situation in the republic's coal industry, which is happily rolling into an abyss, and organize normal export of coal, the proceeds from which must then be directed to the life of the industry and to the republican budget. And so that they get there, and not as usual. And then there are rumors that the recent inspections in various industries impressed the regulatory authorities so much that they have already promised "Egyptian executions."

We have already encountered all these interesting tasks in the LPR, where they also suddenly realized the unpleasant duty not only to work, but to solve a lot of serious problems. So far, it is worth confessing, they have not shown any brilliant results in Lugansk. Rather, on the contrary, they faced a host of unsolvable problems. Moreover, most of them are tied to the fact that even if we dispose of everything that died at Vneshtorgservis CJSC and leave only the most profitable, this is still too little to even solve current issues. By the way, it is worth recalling that Vneshtorgservice, owned by the Ukrainian oligarch Kurchenko, which ruined the LPNR miners, is now successfully consuming the metallurgy of the republics.

As of today, debts to miners in the LPNR are only growing (in connection with which it was necessary to legally allow the debt to be increased for more than two months, otherwise the entire leadership of the industry would have to be tried). Some businesses have been shut down. Moreover, under the annoying talk of "modernization" and "restructuring". When moving to a new structure (probably to improve performance), miners were cut by various allowances and wages. In Donetsk, they rushed to the last, trying to avoid the path along which the LPR is already going, but nothing came of it, and now Nedra appeared.

We can talk about the presence of a systemic crisis in the industry, requiring some kind of divine intervention that would dispossess Vneshtorgservice Kurchenko, forcing him to return everything that was appropriated (or better, immediately the owner) and, with a wave of a magic wand, would flood the LPR with competent and incorruptible managers. Otherwise, the chances of simply holding the survivor in your hands are slim.

However, thanks to the patience and undemandingness of the miners, the agony can be prolonged for several more years; maybe even 5-10. Until the house of cards collapses or there is no recipe for galvanizing the industry. There are rumors of colossal orders for coal from India, but again there is no guarantee that the profits will reach the republics, mine administrations and the miners themselves.

At the moment, while the state corporation "Nedra" is preparing to develop the coal industry, in Donetsk, the monopolist car insurance company "Hathor" has once again announced that it is not ready to start "servicing" motorists. Probably, the alleged strengthening of quarantine measures in connection with the coronavirus prevented the start of the development of these "bowels". Although we can also talk about the professionalism of the founders, again and again postponing the start of universal auto insurance.

Ctrl Enter
Noticed oshЫbku Highlight text and press. Ctrl + Enter
We are
What is wrong with the economy of the Russian Federation?Do I need to declassify data on the real amount of mineral reserves in Russia?
41 comment
Information
Dear reader, to leave comments on the publication, you must to register.