Su-57: a critical view from the West 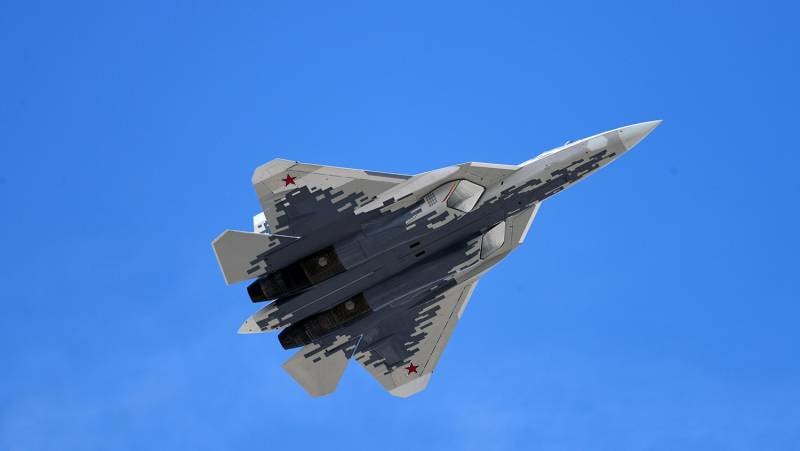 Recently, the American research organization RAND (Research and Development) presented rather harsh assessment of the development program of the Russian fifth generation fighter. One of the first to draw attention to the material was the well-known blog bmpd.

We have repeatedly heard enthusiastic and critical sentiments regarding Su-57: more often they all came from bloggers and publicists who, in a broad sense, simply expressed their opinions. In the case of Research and Development, the situation is different. RAND is a non-profit organization that serves as a strategic research center. She works on orders from the US government, the US Department of Defense and structures associated with them. The center was founded back in 1948: over the entire period of its existence, more than 30 Nobel laureates have worked within its walls. Some of the works are classified, but some, like the material presented recently, are available to the general public.

Old songs about the main

What did Research and Development talk about? In short, the development program for the Russian fifth generation fighter is not what it was originally seen. RAND does not write about this directly, but this conclusion can be drawn based on a rather critical assessment of the situation. The difficulties presented by Research and Development can be divided into several conditional categories that do not always touch each other.

Conceptual problems. According to American experts, the main difficulty lies in the unavailability of the second stage engine, known as the "Product 30". The organization recalls that all 76 aircraft that the Russian Air Force is expected to receive in the 2020s will not have a "second generation engine." And it's not clear when it will be ready.

American experts are right. At least in part. All prototypes of the Su-57 built to date do indeed use the AL-41F1 engine, developed on the basis of the Soviet AL-31F installed on the Su-27. The same applies to the first production fighters. 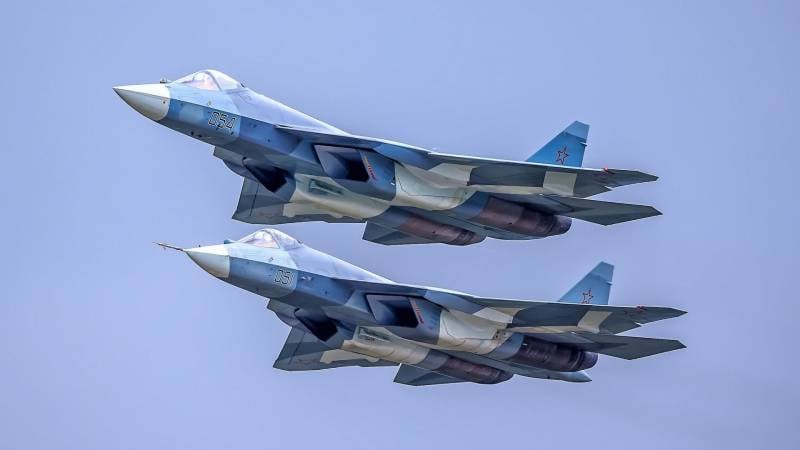 AL-41F1 has a thrust at afterburner of 15 kgf, while the "Product 000" it should be 30 kgf. The installation of a new engine is an important stage, because without it the aircraft will not have the required characteristics of the fifth generation, such as, for example, performing non-afterburning supersonic flight at all ranges of required altitudes and with different payload options.

Meanwhile, it is difficult to agree that the engine is the main challenge for the creators of the Su-57. Its development, as far as can be judged, is proceeding as planned. As a reminder, back in 2017, the prototype of the T-50-2 fighter performed its first flight with the “Product 30” installed in the left engine nacelle. 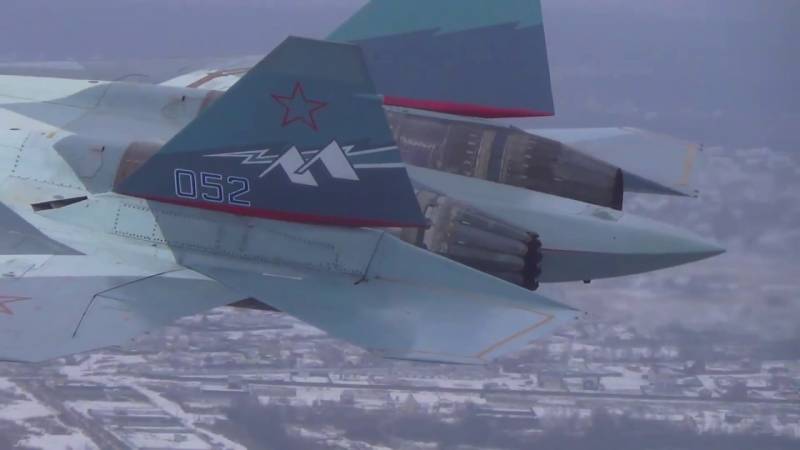 Another thing is more important. With all the importance of the power plant for a fifth generation fighter, another parameter is much more important: we are talking about stealth. Allegedly, it was because of the inconsistency with the stated requirements for this indicator that the Indians had previously abandoned the aircraft. The difficulties are clearly visible. These are the engine compressor blades "peeping" out of the air intake, drastically reducing stealth. This is the lack of a bail-free flashlight, as well as flat nozzles (as on the F-22 Raptor). And the "ball" of the optical location station in the bow, which also does not benefit stealth.

For some reason, the RAND material hardly mentions this, but reminds that “the successful development of this advanced avionics was and will remain a serious problem for the Russian aviation industry ". According to experts, Russia has had an unfortunate experience of fully utilizing the fruits of the information technology revolution that followed the end of the Cold War. This is aggravated, according to Research and Development, by Western sanctions, as well as broken relations with the Ukrainian military-industrial complex.

Bringing to combat readiness. Another range of criticism from RAND is related to the fact that Russia has not yet received a combat-ready fighter: with or without a second stage engine. And although the media flashed information about the use of the Su-57 in Syria (we are talking about prototypes) of guided air-to-surface missiles, de facto there was nothing of the kind. At the same time, the very fact of sending cars to the Syrian Arab Republic does not cause doubts among the Americans.

In this regard, referring to the achievement of initial combat readiness, RAND calls the deadline "not earlier than the mid-2020s." When it comes to export shipments, Research and Development points out that they are unlikely to start in the first half of the decade. 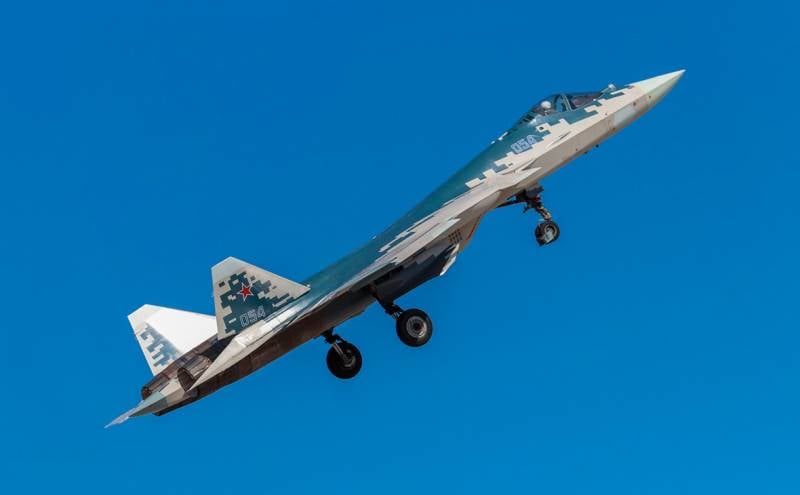 The above is generally not in doubt. On the other hand, you need to understand that bringing an aircraft to an operational state is a long and laborious process. Russia does not have the means and capabilities comparable to those of the United States. Back in 2010, when the plane made its first flight, few experts assumed that a production car would appear in 2020. De facto, the development program for the Russian fifth generation fighter is proceeding exactly as one might expect: few specialists paid attention to the numerous statements of propaganda. Also, few people had illusions about the meaning of sending prototypes of the Su-57 to Syria: most often it was considered as a kind of PR campaign, which hardly directly relates to the development of the aircraft.

Export deliveries. Research and Development does not specifically single out this or one of the other previously raised questions from the crowd. However, it is obvious that the organization pays special attention to the export of the Su-57.

According to the Americans, foreign investment is critical to the survival of the Russian aircraft industry. And the sale of the Su-57 to partners may solve some of the problems. Alas, according to RAND, Russia does not have such partners at the moment. The probable ones include China, Turkey, Vietnam and Algeria, with a clear predominance of the latter's role. 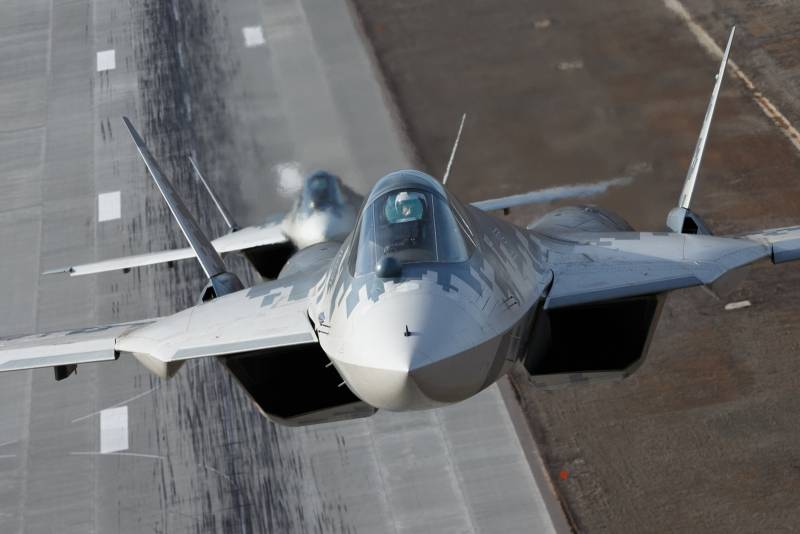 Not so long ago, there were rumors about the possible sale of a batch of these aircraft to an Arab country. In its report, Research and Development recalls that we have not yet heard confirmation of these rumors. One of the reasons is that Russia will not meet the aircraft development deadline. “It is unlikely that a fully developed and ready-to-serial-production Su-57 will go on sale before the end of the 2020s,” the organization said. Another problem lies in the demands of the Algerians to carry out tests of the car on their territory, which the Russian Federation will not agree to.

In general, according to American experts, in terms of its capabilities, the Su-57 will be close to the fourth generation F-15EX, which, of course, can hardly be called a positive result of the program. However, no one says that this will be true. A whole generation lies between the machines, albeit a very conditional one.

Ctrl Enter
Noticed oshЫbku Highlight text and press. Ctrl + Enter
We are
RAND Corporation on the prospects of the Su-57An-12 in Afghanistan
107 comments
Information
Dear reader, to leave comments on the publication, you must to register.