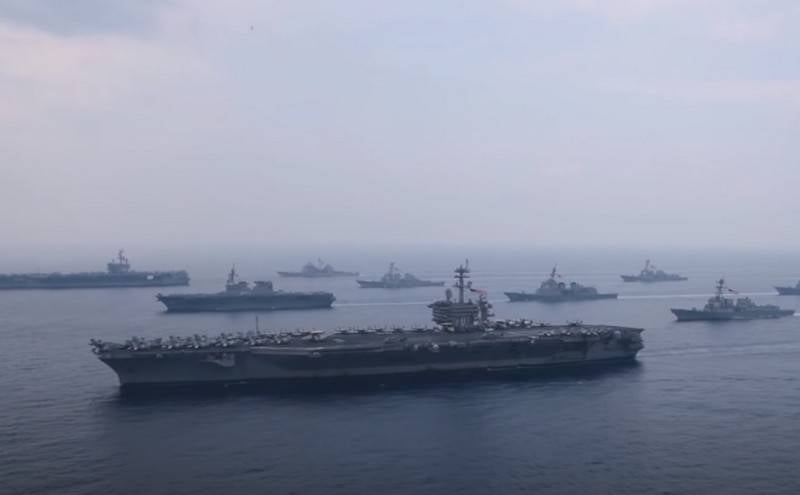 The US Navy in the future will include more than 500 ships. According to Defense News, the Pentagon intends to increase the fleet to 530 ships.


To increase the number of ships, the US Navy will begin the transition to lighter ships against the backdrop of the abandonment of aircraft carriers and large surface ships, according to research commissioned by the US military. Going forward, the US Navy should include smaller surface warships, unmanned ships and submarines, as well as expanded logistics forces.

Two independent teams of specialists have proposed that the United States have a fleet of 480 to 534 ships. The immediate plans are to increase the Navy to 2030 ships by 355.

One way to get quickly [to the big fleet] is to switch to light manned [ships] that can become unmanned over time. (...) You can build them so that they are additionally piloted, and then, depending on the scenario or technology, at some point in time they can become unmanned
- said earlier US Secretary of Defense Mark Esper.

At the same time, according to the head of the Pentagon, 355 ships may not be enough to confront Russia and China, so he called for an even greater increase in the forces of the US Navy.

I want to be sure that in the future we will have a Navy capable of confronting China or, if necessary, defeating it. I think that 355 ships will be few. I think that we need a larger fleet, and its composition will be different from the current one. In the future there will be more small surface ships ... And it seems to me that we need more submarines
- he said.

At present, the US Navy includes a little less than 300 ships ready "for immediate execution of combat missions".
Ctrl Enter
Noticed oshЫbku Highlight text and press. Ctrl + Enter
We are
US expert community is trying to identify ways out of the Afghan impasseDecember 2010 years. Russian March. Senseless and merciless? Notes not a Russian person
93 comments
Information
Dear reader, to leave comments on the publication, you must to register.