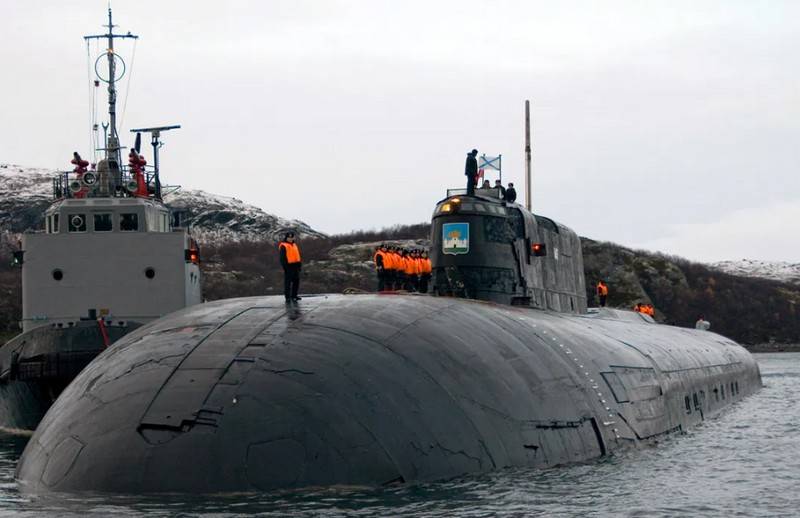 In the coming years, the Navy may return to its membership two nuclear submarines of Project 971U Shchuka-B and Project 949A Antey that have been repaired at once. This is reported by the Russian media.

It is noted that the submarine spent several years waiting for repairs, work on it began only in 2019, when the submarine was delivered to the Zvezda plant in the Far East. In this case, the submarine can once again be renamed. The thing is that the "Varshavyanka" is being built at the "Admiralty Shipyards" for the Pacific Fleet, called "Magadan".

Simultaneously with the Magadan, the project 949A Antey multipurpose nuclear submarine (nuclear submarine) Irkutsk is being repaired at Zvezda. According to TASS, citing a source in the shipbuilding industry, the submarine may return to service in 2023. There is no official confirmation of this information.

Under favorable circumstances, the expected date for the return of "Irkutsk" to operation is 2023
- the agency leads the words of the source.

Ctrl Enter
Noticed oshЫbku Highlight text and press. Ctrl + Enter
We are
Reports from the militia of New Russia for 27-28 September 2014 of the yearDecember 2010 years. Russian March. Senseless and merciless? Notes not a Russian person
71 comment
Information
Dear reader, to leave comments on the publication, you must to register.