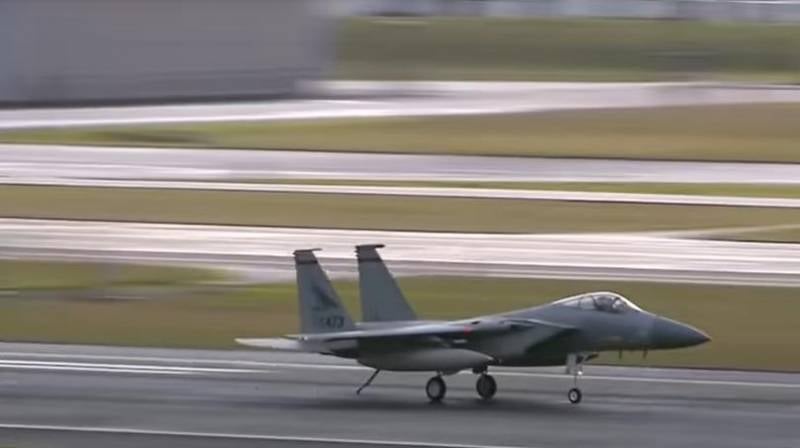 The United States has published a report detailing the incident with the F-15C Eagle 142nd Fighter Wing of the Oregon National Guard. This is an incident that took place in February last year. Then the pilot dropped the AIM-120C AMRAAM and AIM-9X Sidewinder missiles off the coast of Portland, eventually making an emergency landing at the international airport.


During the briefing, which was held by representatives of the National Guard Air Wing Command, it is reported that the F-15C Eagle, together with several other fighters of the same air wing, performed a training flight. The pilot detected a warning light illuminated indicating that the left landing gear was not retracted properly. The pilot reported this "to the ground" and informed the wingmen.

He asked the wingmen to move further, and the dispatchers to clear the airspace so that he could try to solve the problem on his own. As directed, he lowered and then retracted the landing gear.
It is further reported that the slave F-15C reported a locked left strut in the down position:

She did not move when manipulated by the pilot.
There was an emergency landing, but the problem was that the plane was loaded with weapons, including AIM-120C and AIM-9X combat missiles. Also on board were 940 20-mm ammunition for the M61 Vulcan air cannon, several dozen heat trap charges (infrared countermeasures).

Following the instructions, IR countermeasures were fired off over the Pacific Ocean. But there was a problem with combat missiles, other ammunition and outboard fuel tanks. Additional consultations were required, since there were civilian vessels in the water area, and there was a possibility of finding US Department of Defense underwater vehicles. While the consultations were going on, the plane was running out of fuel. The KC-135R tanker was lifted into the air, but there were concerns that, due to the unraveled landing gear strut, when refueling in the air, there could be a problem associated with speed imbalance and instability. Then the pilot of the emergency fighter lowered the second strut, after which refueling took place.

Further, the pilot was informed that a strip was being prepared for him in the coastal zone, 12 nautical miles wide and about 40 long, flying over which he must get rid of missiles and other ammunition. In this case, the flight will have to be carried out at the lowest possible altitude. The fact is that at that moment the cloudiness was low, and the pilot was offered to independently control the absence of civilian ships under the plane. Apparently, the absence of warships and underwater vehicles in the specified strip was guaranteed.

It was noted that it took the pilot of the emergency fighter three passes to get rid of the weapons. At the same time, he did not shoot the ammunition for the air cannon.

After that, the next refueling was made in the air and the plane went into an emergency landing. But there, as it turns out, there were problems:

After the nose strut touched the runway, it rose approximately one foot (30,48 cm - approx. "VO"), which created a high angle of engagement for the hook. He was in the upper position, not symmetrically dragging the braking cable behind him.
As a result, the engine nozzles, the antenna, and the horizontal tail were damaged. 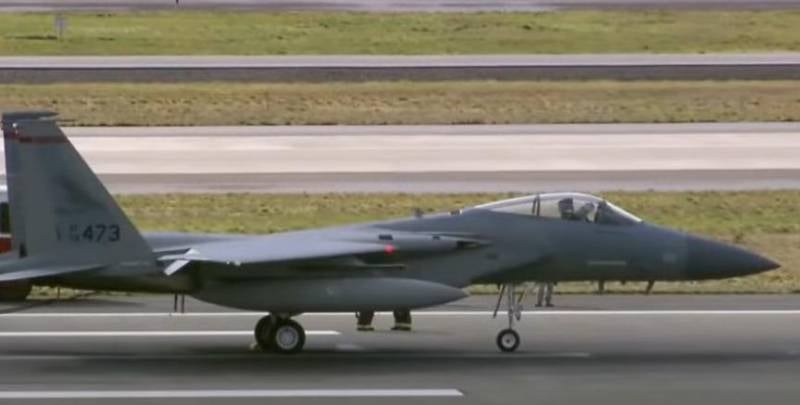 At the same time, the left landing gear did not break, as originally assumed.