A mobile phone for a military man - friend or foe: examples and reflections 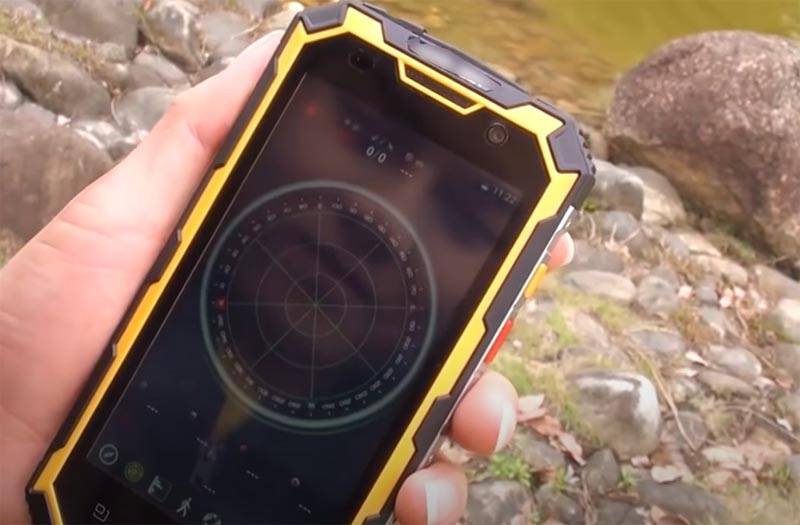 The topic of the use of mobile communication devices in the army at one time (after the adoption at the legislative level of a ban on the use of certain types of them in the Russian Armed Forces), which was the subject of the hottest discussion, has now been somewhat forgotten. What are modern gadgets for a person in uniform: irreplaceable helpers or sources of problems and threats, friend or foe?


The introduction of a complete "taboo" on the use of devices with photo and video functions, built-in dictaphones and other smart functions by military personnel serving in the domestic army, which provoked a rather violent reaction, hardly needs an explanation. In itself, the presence of a military unit on the territory of equipment capable of recording both secret samples of weapons and conversations that may contain "closed" information is already a serious step towards the disclosure of military secrets.

The same applies to the Internet connectivity of mobile devices. Here, in general, the widest opportunities open up for the enemy. You can start with such a seemingly innocent moment as social networks and instant messengers, to which we are all accustomed today as an integral part of modern life. Alas, not all warriors have enough intelligence to independently determine what information can be shared with them and what cannot. This problem concerns not only domestic conscripts. There are known cases when, under the guise of "charming women", strenuously "gluing" the American marines stationed in Afghanistan, bearded guys from the Taliban (banned in the Russian Federation) were hiding, who had no romantic intentions regarding servicemen.

The same goes for the GPS and geolocation transmission functions. Some "especially gifted" fighters lack the ingenuity to turn them off even when performing a combat mission or being at specially guarded objects. For the extremely accurate "covering" with mortar fire at once four "Apaches" at one of the bases in Iraq at one time, the US Air Force had to thank the would-be warriors who decided to make a spectacular selfie against the background of the "turntables", which appeared on Facebook. Without turning off geodata, of course ... It is for this reason that this year the smartphones of all personnel of the 82nd Airborne Division of the US Army, sent to the Middle East, remained at Fort Bragg - out of harm's way.

On the other hand, it was the Americans who were the first to attempt to "put into operation" the most ordinary smartphones, turning them into one of the most important parts of equipping soldiers, especially special forces. The corresponding plan for the use of mobile gadgets, as far as we know, was approved by the Pentagon back in 2012. Initially, they planned to create for their own needs a kind of "super-smartphone", which does not sink in water, does not burn in fire and is almost bulletproof. However, the very first developments showed that the cost of such a gadget would be comparable almost to the F-35 fighter. And they abandoned the idea, deciding to confine themselves to the special software Windshear (also by no means cheap).

According to the heads of the US defense department, it was supposed to have a wide range of functions. First of all, these are maps built into the device, with the help of which (with an Internet connection) the fighters could not only see the mutual disposition of their comrades, but also, for example, install markers on the detected enemy positions that will be available to the entire unit. In the event of an injury or injury to a soldier, high-quality images of the injuries received by him, transmitted using a smartphone, would allow doctors who are far from the battlefield to instantly make an initial diagnosis and give advice on saving the soldier's life. Moreover, a special application with the function of face recognition (using the appropriate databases), according to the developers' plan, would allow identifying terrorists posing as civilians. In a word, intelligence, medical and special department in one smartphone.

It is not known exactly how far the Americans have progressed in this direction. And the problem here is more likely not in technical aspects, but in the fact that the development of modern methods and methods of cyber espionage is going much faster than the development of methods to combat them. It has long been recognized that any modern mobile gadget is almost an ideal tool for tracking a person and collecting personal data about him. Almost no one can fully guarantee the absence of built-in spyware, both in the devices themselves and in their software. And the risk in this matter, you understand, is too great.

That is why, despite the tremendous opportunities provided by increasingly advanced mobile devices, more and more armies of the world are following the path of banning their use by their military personnel (we are talking not only about Russia or the United States, but also, for example, about South Korea) or introduce extremely strict restrictions on this issue. Another way is the use in the army of exclusively special mobile communication facilities only of domestic production and with domestic software, as well as significantly reduced functions. However, not all countries can afford this.

Thus, the question of the place and role of the usual mobile communication devices in the armed forces is still open and debatable. What will ultimately outweigh - the prospects they open or the threats emanating from them, time will tell.

Ctrl Enter
Noticed oshЫbku Highlight text and press. Ctrl + Enter
We are
List of destroyed the largest and most high-tech enterprisesMilitary reform as an integral part of the security concept of the Russian Federation: Systematic dynamic assessment
105 comments
Information
Dear reader, to leave comments on the publication, you must to register.