The world's best Yak-130 and other combat training aircraft 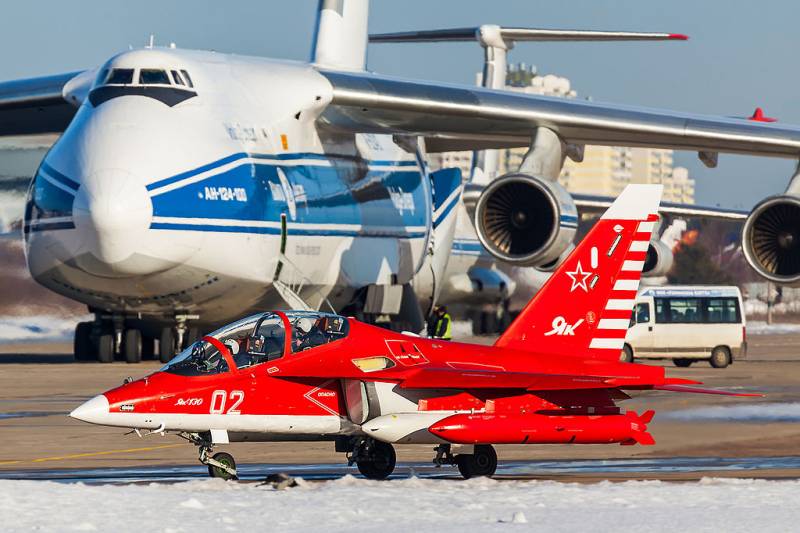 And in front of the Russian was not a single representative from either the United States or Europe. Places in the ranking from first to fourth were taken by representatives of East Asian states. The first place was taken by the representative of Taiwan Brave Eagle, followed by the Chinese JL-10 and JL-9, and the T-50 Golden Eagle from South Korea closes the four. By the way, the last of all the above is the fastest. In terms of its maximum speed, it also surpasses European aircraft, which will be discussed below.

Despite the fact that the Yak-130, many experts in the field of military aviation considered the world's best combat training aircraft. Actually, all four East Asian aircraft were originally supposed to become light fighters, but then they decided to create UBS from them.

Russia is one of the few countries that can afford not to be limited to the production of one or several types of aviation equipment, but to produce the entire line. Therefore, the Yak-130 stasis began to be made for training flight personnel.

The two named Chinese UBC are directly and directly related to the Russian aviation industry. The JL-9 was created on the basis of the Soviet light fighter MiG-21U, and employees of the Russian Yakovlev design bureau took direct part in the work on the JL-10. Therefore, it looks very similar to the Russian Yak-130.

What the Chinese learn to fly on

The JL-10 combat trainer was adopted by the Chinese army in 2013. In other countries, it is known as the L-15, and since the manufacturer is Hongdu, the full name of the aircraft is Hongdu L-15.

This apparatus is to a large extent a product of Russian-Ukrainian cooperation. The aircraft was made using the technical documentation Yak-130, and the AI-222-25F engines were supplied by the Motor-Sich enterprise from Ukraine. By the way, almost the same engines are installed on the Yak-130, only there they go without an afterburner. 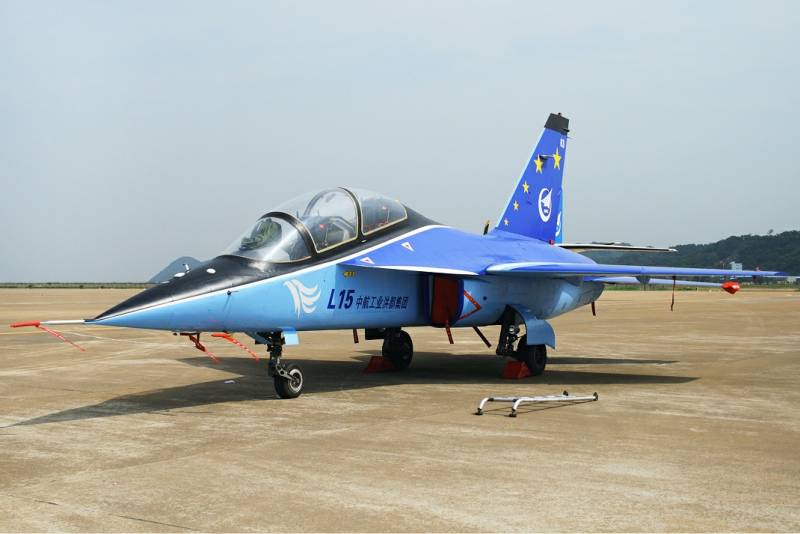 The first L-15s were powered by Ukrainian DV-2 engines, but since 2010 it was decided to replace them with AI-222-25F. This significantly improved his performance characteristics. This allowed it to catch up in maneuverability with third-generation fighters, and reach the level of climb rate of the F-16 (USA) and Mirage 2000 (France).

Worthy competitors of the Russian UBS

For the sake of fairness, I note that good combat training aircraft are produced not only in Russia and Asian countries, but also in Europe and the United States.

One of the main competitors of the Yak-130 is the Italian Aermacchi M-346 aircraft. The maximum speed of both aircraft is approximately the same, and the combat load for both models is 3 tons. And this is not a coincidence, because initially in the 90s, Russian and Italian specialists were involved in the creation of the Yak-130. At first, it was supposed to become a training aircraft, but soon Russia decided to make a combat training aircraft, and Italy left the project and created its own training aircraft. However, on its basis, they also made their own modification of the UBS, which was named Aermacchi M-346FA. 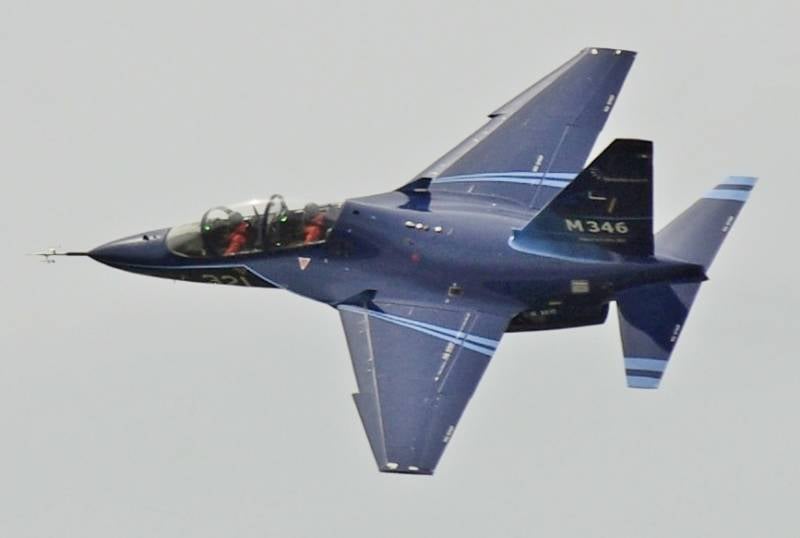 It is also worth mentioning the Hawk T2, manufactured by the British company BAE Sistems. It is slightly lighter and faster than the Russian aircraft.
The Czech subsonic Aero L-159 ALCA has also proven itself quite well. 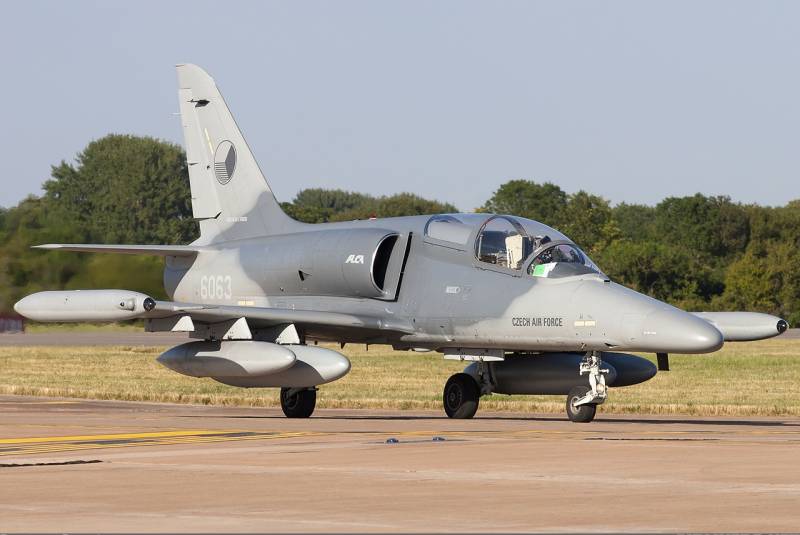 The American Boeing T-45 Goshawk and T-38 Talon are worthy of attention. The first is a representative of carrier-based aviation. The second, which NASA astronauts train on, refers to supersonic aircraft. They are already preparing a replacement for it, because the supersonic jet UBC T-38 Talon has been in operation since the 50s of the last century.

Although the Yak-130 is not only a training aircraft, but also a light attack aircraft, its main function is to train flight personnel. And he copes with this task perfectly. It is suitable for training pilots of fighter, bomber, military transport aircraft. It can be called a "universal desk".

For combat use, it has versatility, being able to perform the functions of an attack aircraft, bomber, reconnaissance aircraft, and electronic warfare equipment.

He, as it should be, is an intermediate link between a ground simulator and a real combat vehicle, allowing the pilot to quickly gain practical skills in a real situation.

Another indicator by which the Russian aircraft surpasses most of its foreign counterparts is the cost of an hour of flight. It depends on fuel consumption, cost of consumables, frequency of repair work. According to this indicator, our Yak-130 is one of the leaders.

If we are talking about money, then it is worth noting the relatively low cost of the Russian military vehicle. It is approximately $ 15 million. The previously mentioned Hawk T2 from the UK, the Italian Aermacchi M-346 or the Golden Eagle from South Korea will cost approximately twice as much.

Of course, all of the above equipment has its advantages and disadvantages, and the Yak-130 takes its rightful place among them. It is an excellent combat training aircraft, perfectly suited for both pilot training and combat missions.

Many will even call him the world's best UBS.

Ctrl Enter
Noticed oshЫbku Highlight text and press. Ctrl + Enter
We are
Commentary on A. Petrov's interview “Fire and Tactics in the Russian Army: Another Look”What you didn't want to know about England
22 comments
Information
Dear reader, to leave comments on the publication, you must to register.