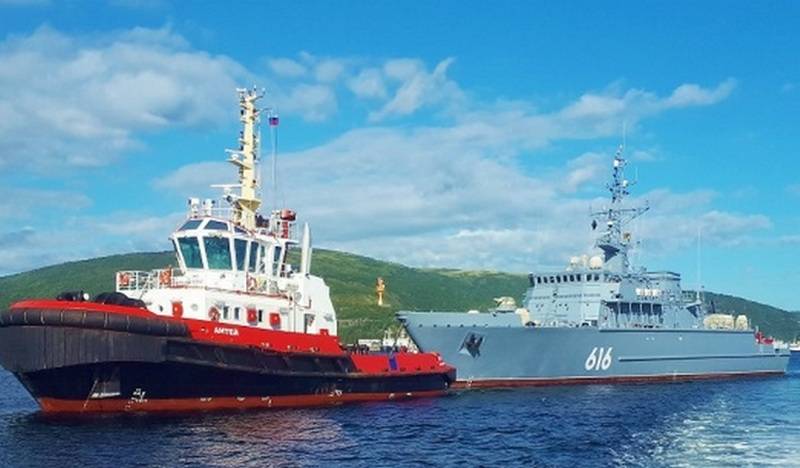 
The minesweeper left St. Petersburg at the end of July and began the transition to Vladivostok, where sea and state tests of the ship will take place, as a result of which Yakov Balyaev will join the Pacific Ocean fleet and will serve in Kamchatka. It is planned that the ship will arrive in Vladivostok in the first decade of October. Let us clarify that the minesweeper will travel all the way from the Baltic to its destination in tow. The towing is carried out by the sea tug "Antey".

The newest mine defense ship "Yakov Balyaev" of project 12700, which is moving from St. Petersburg to the Pacific Fleet, has completed the passage of the Northern Sea Route and will arrive in Vladivostok in the first decade of October
- said in a statement.

It is noted that the passage of "Yakov Balyaev" along the Northern Sea Route was the first in stories such a transition of a ship with a fiberglass hull.

Earlier, the Northern Sea Route carried out the sea tug of project 23470 "Andrey Stepanov", also intended for the Pacific Fleet.