Weapons of the post-nuclear world: aviation 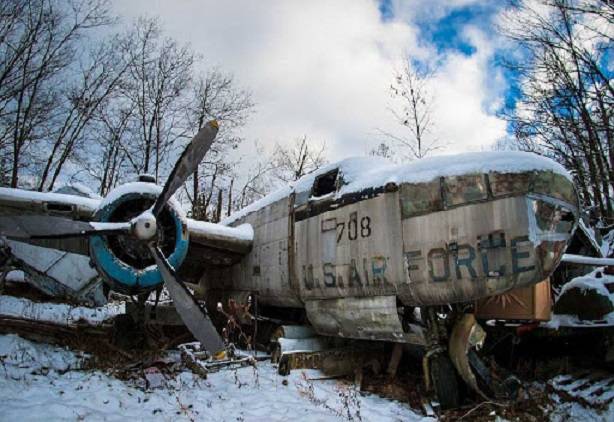 Having considered consequences of a global nuclear war, as well as weapons that can be used in war on land, let's move on to considering aviation и fleet post-nuclear world.


Let us recall the factors that complicate the restoration of industry after a nuclear war:
- extinction of the population due to mass death at the very beginning of the conflict due to the highest urbanization and subsequent high mortality due to a general weakening of health, poor nutrition, lack of hygiene, medical care, unfavorable climatic and environmental factors;
- the collapse of the industry due to the failure of high-tech automated equipment, lack of qualified labor and globalization of technological processes;
- the complexity of resource extraction due to the exhaustion of easily accessible deposits and the impossibility of recycling many resources due to their contamination with radioactive substances;
- a decrease in the area of ​​territories available for living and movement, due to radiation contamination of the area and negative climate changes;
- destruction of government in most countries of the world.

Production in the first decades, and even in the first century after the nuclear conflict, will be artisan workshops equipped with primitive equipment. In more developed quasi-state formations, manufactories will appear, at which, to some extent, the conveyor division of labor will be realized. 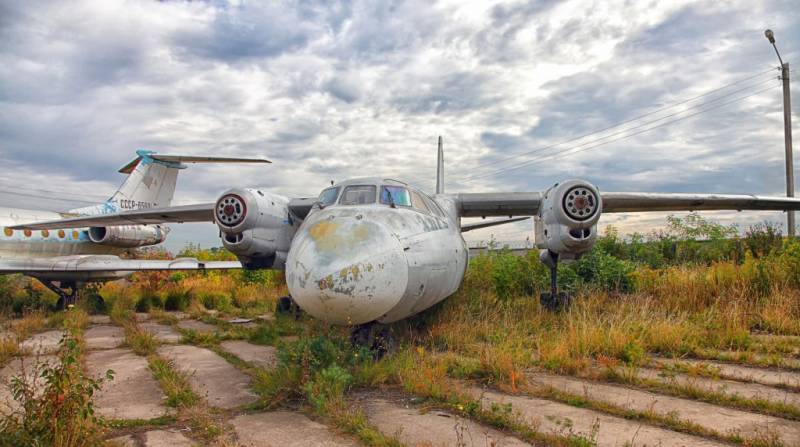 Aviation is one of the most high-tech branches of the armed forces. It would seem that in the post-nuclear world with its lack of fuel and electronic components, the production of aviation technology would be impossible. However, this is most likely not the case. Mankind has accumulated vast experience in creating aircraft of all types, some of which may well become the basis of aviation in the post-nuclear world.

The first man-made aircraft were heat-ascent balloons. Nowadays, their role is limited to entertainment functions, but in the post-nuclear world they can become the simplest means of warning about an attack or adjusting artillery fire during the defense of populated areas, playing the role of a kind of early warning radar aircraft. Used as an observation post, a balloon with observers on board can be fixed on a cable. The time of his "patrol" will be limited only by the fuel supply and the endurance of the crew. 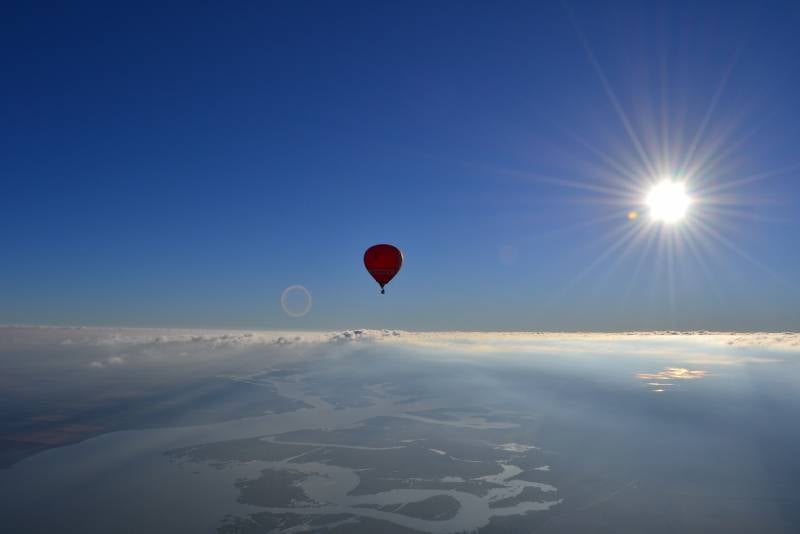 Heat-lift balloons attached to a cable can be used to detect enemy forces and adjust fire
Thermal airships can be used as a means of reconnaissance for "new" territories. An example is the Au-35 "Polar Goose" - a thermal experimental substratospheric airship, built in 2005, which set the world record for the height of climb for airships (8000 meters). 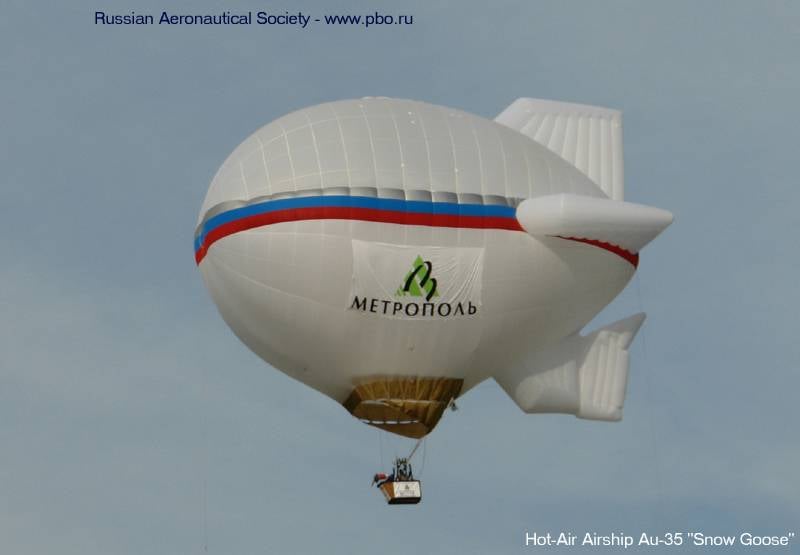 Thermal airship Au-35 "Polar goose". Volume 2950 cubic meters m, length 25 meters, engines 1 × 15 hp, crew 1 person, passengers 3 people
Renaissance of hydrogen airships that became widespread at the beginning of the XNUMXth century, as well as those currently considered promising helium airships, can be considered unlikely, since the production and storage of both hydrogen and helium is associated with rather high energy costs, while hydrogen is also extremely explosive.

It is unlikely that lighter-than-air aircraft will become widespread in the post-nuclear world; rather, their use will be rather limited and sporadic, since even with the help of a destroyed industry, much more efficient aircraft can be created.

Other simple aircraft that can be developed in the post-nuclear world are motorized paragliders and motorized hang-gliders. Due to the simplest design that can be assembled "in the garage", low fuel consumption, low noise and visibility, motorized paragliders and motorized hang-gliders can become the basis of reconnaissance aviation in the post-nuclear world. Another of their applications can be the deployment of reconnaissance and sabotage units or air sabotage: for example, dropping an incendiary device into warehouses of fuels and lubricants (POL). 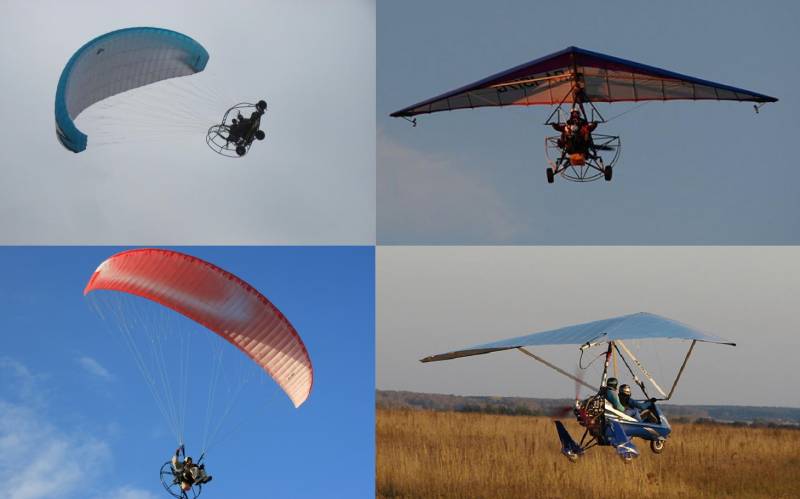 Motorized paragliders and motorized hang gliders can become the basis of reconnaissance and sabotage aviation in the post-nuclear world
Gradually improving the technological base will make it possible to switch to the production of more complex aircraft. Nevertheless, fuel availability problems and technological limitations will continue to persist, and therefore constructively simple aircraft with maximum fuel efficiency will gain popularity.

Instead of a helicopter

One of the simplest and most efficient flying vehicles is the gyroplane (other names: gyroplane, gyrocopter). Partly resembling a helicopter in appearance, the gyroplane has a completely different principle of flight: the main rotor of the gyroplane, in fact, replaces the wing. Rotating from the incoming air stream, it creates a vertical lift. The acceleration of the gyroplane, which is necessary to obtain the oncoming air flow, is carried out by a pushing or pulling propeller, like in an aircraft.

An autogyro can take off with a short takeoff run of about 10-50 meters and make a vertical landing or landing with a short run of several meters. The gyroplane's speed is up to 180 km / h, fuel consumption is about 15 liters per 100 kilometers at a speed of 120 km / h. The advantage of gyroplanes is their ability to fly steadily in strong winds up to 20 m / s, low vibration, which simplifies observation and firing, ease of control compared to an airplane and a helicopter.

In a post-nuclear world, gyroplanes could replace helicopters, at least until hard-to-find fossil fuels can be accessed
Flight safety of a gyroplane is also higher than that of an airplane and a helicopter. When the engine stops, the gyroplane simply lowers to the ground in autorotation mode. The gyroplane is less sensitive to turbulence and vertical heat flows and does not go into a spin.

Among the disadvantages of the gyroplane, one can note a lower fuel efficiency compared to an aircraft of a similar dimension, but the gyroplane should be compared not with airplanes, but rather with helicopters - because of the possibility of taking off with a fairly short takeoff run and the possibility of vertical landing. Another disadvantage of the gyroplane is the danger of flying in icy conditions, since when the rotor is iced, it quickly leaves the autorotation mode, which leads to a fall. Probably, this disadvantage can be partially compensated for by redirecting the hot exhaust of the engine along the rotor blades.

Autogyros can be used for reconnaissance, sending reconnaissance and sabotage groups, delivering supplies and evacuating the wounded, as well as organizing surprise attacks like "hit and run", provided that guided or unguided weapons are installed on them.

Aircraft reincarnation will start with small aircraft. Light aircraft made of wood, plastic and metal, made both according to the “monoplane” and “biplane” schemes, with the simplest piston engines, will lay the foundation for the restoration of transport and military aviation. Initially, the tasks they solve will be extremely limited and will all boil down to the same reconnaissance and sometimes delivering surprise strikes according to the "hit and run" scheme. It will hardly be possible to speak of any systematic delivery of strikes with the help of small aircraft.

The main requirements for post-nuclear aviation will be:
- ease of production and available materials of construction;
- the highest possible fuel efficiency;
- high reliability;
- the ability to operate on unpaved airfields. 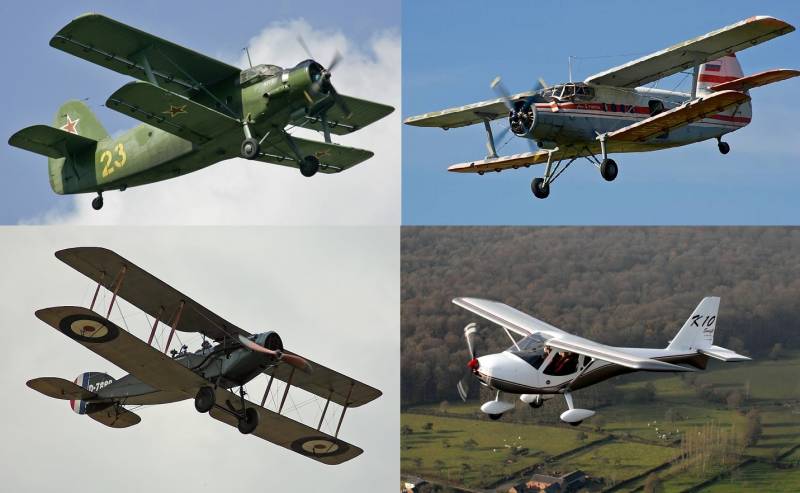 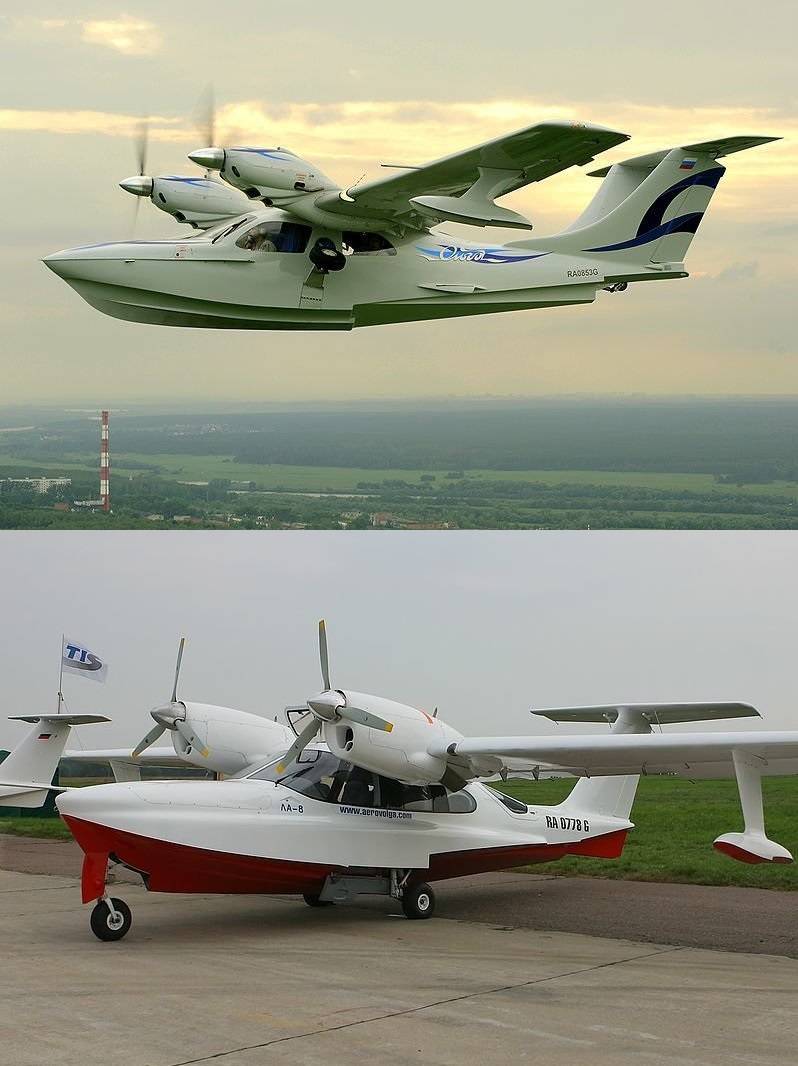 The main advantage of seaplanes is independence from airfields

As the industry of the post-nuclear world develops, the aviation means of warfare will be improved and at some point will reach the pre-war level, however, this will be the level that can now be called the minimum.

A striking representative of this type of aviation can be called the EMB-314 Super Tucano light turboprop attack aircraft from the Brazilian company Embraer. Developed on the basis of a training aircraft, it is one of the easiest and most inexpensive combat aircraft to manufacture. 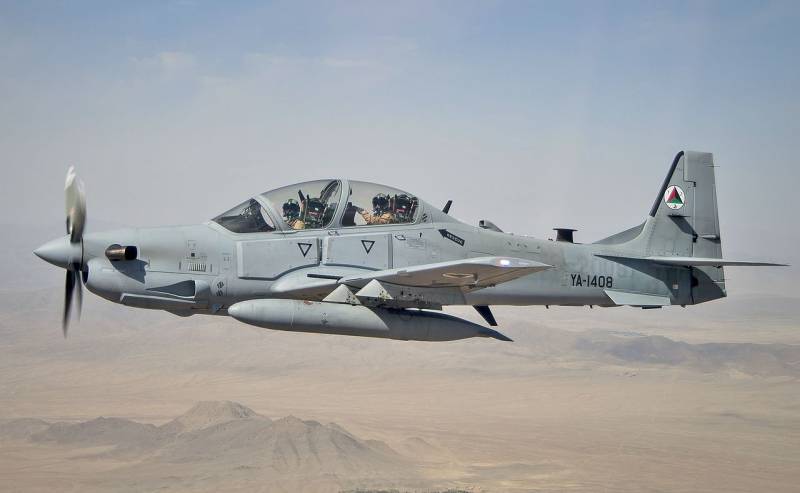 Attack aircraft EMB-314 Super Tucano
Another aircraft of this type is the Air Tractor AT-802i attack aircraft, created on the basis of an agricultural aircraft. 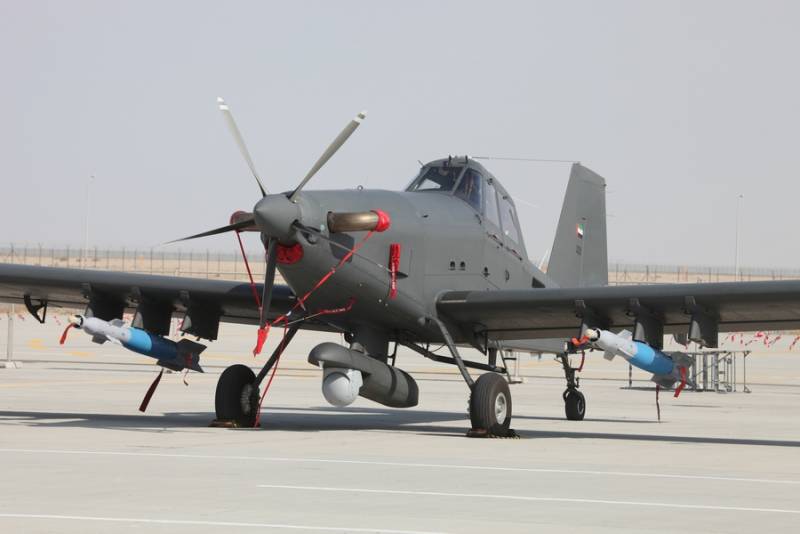 Attack aircraft Air Tractor AT-802i
In Russia / USSR, a similar aircraft was developed - the T-501 attack aircraft, but this machine did not leave the design stage. 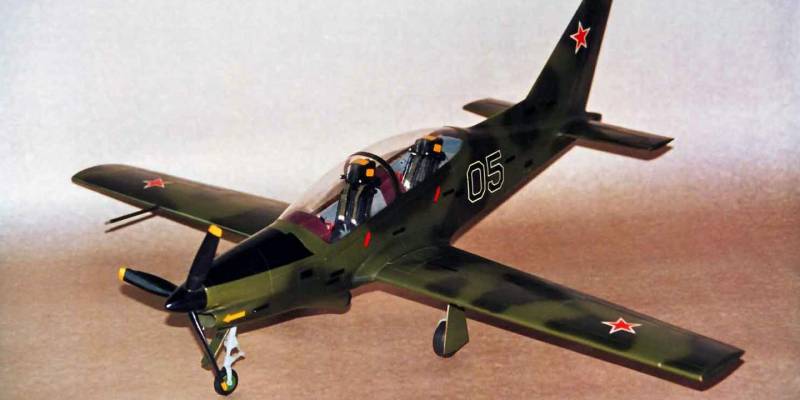 Concept of the T-501 attack aircraft
In conclusion, we can mention the LVSh ("easily reproducible attack aircraft") program, which has been carried out in the USSR since the early 80s. The LVS program was originally aimed at developing a "post-apocalyptic aircraft." In the USSR, the possibility of a nuclear war was considered very seriously, and preparations for it, and for its consequences, were conducted accordingly. The LPS program arose as a response to the disruption of industry and technological chains in the post-nuclear world. To organize the production of weapons in a destroyed country, equipment was required that was as technologically advanced and easy to manufacture as possible.

The LVSh program was conducted at the Sukhoi Design Bureau under the guidance of designer E.P. Grunin. Initially, in the terms of reference for the project, it was required to ensure the maximum use of components from the Su-25 attack aircraft. Proceeding from the fact that the Su-25 had the T-8 code, the first aircraft developed according to the LVSh project received the T-8V (twin-engine propeller) and T-8V-1 (single-engine propeller) codes.

In addition to the models developed on the basis of the Su-25, other projects were also considered. For example, the T-710 Anaconda, modeled on the American OV-10 Bronco. Subsequently, LVSh projects based on the fuselages of the Mi-24 and Ka-52 helicopters were also worked out.

Concepts of attack aircraft, created under the LVS program
The exit of the post-nuclear industry to the level where aircraft of the type LVSh can be created can be considered the Rubicon, after which the development of aviation will follow the path that was previously traversed approximately since the end of World War II.

It should be noted that the return of aviation will be strongly influenced by the change in climatic conditions on the planet after a nuclear war. A situation may arise when flights are extremely difficult, for example, due to frequent strong winds, precipitation or a combination of high humidity and low temperatures that cause icing.

As in the case of ground forces, the conduct of full-scale combat operations using aircraft is unlikely to be possible in the post-nuclear world, at least in the first decades, if not in the first century.

The main tasks of the aviation of the post-nuclear world will be:
- exploration of new (meaning in the context of changes that occurred after a nuclear war) territories and sources of resources;
- primary transfer of goods to create strongholds in new territories;
- transportation of valuable resources and cargo;
- escorting convoys, necessary to reduce the risk of being ambushed;
- reconnaissance of actions of opponents, competitors and allies;
- delivery of reconnaissance and sabotage groups to the rear of the enemy;
- inflicting surprise strikes according to the "hit and run" scheme against especially important enemy targets, for example, fuel and lubricants depots.

It can be assumed that problems with electronic components will complicate the creation of radar stations (radars) and anti-aircraft missile systems (SAM), so the air defense forces of the post-nuclear world will primarily rely on artillery weapons. At the same time, the lack of guided weapons (in sufficient quantity) will not allow aviation to dominate the air, since in order to hit a target they will have to approach the enemy, falling into the zone of destruction of anti-aircraft artillery.

Also, the alleged inability of the post-nuclear industry to produce aircraft in large series and problems with fuel will not allow for the possibility of massive use of aviation in hostilities.

The creation of combat aviation will become one of the most difficult technological challenges after a global nuclear war. Another such challenge will be the creation of the navy (Navy). In the next article, we will talk about how the navy of the post-nuclear world will develop.

Ctrl Enter
Noticed oshЫbku Highlight text and press. Ctrl + Enter
We are
An-12 in AfghanistanMiG-21 in Afghanistan
147 comments
Information
Dear reader, to leave comments on the publication, you must to register.