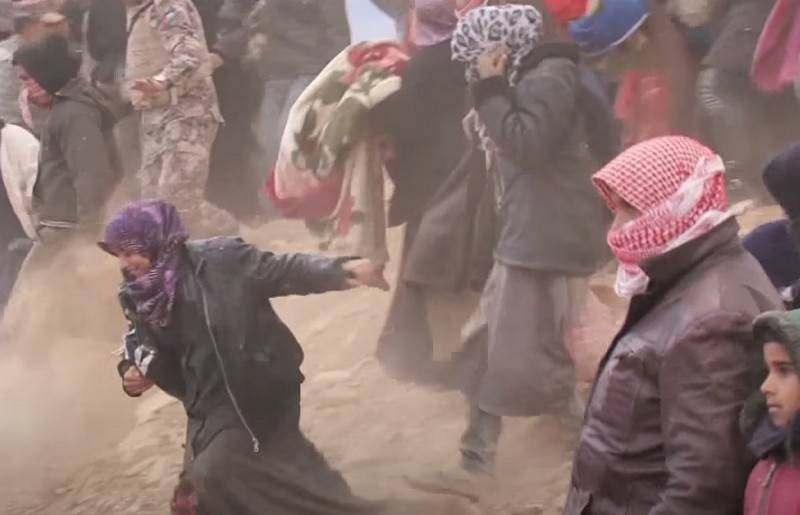 In Syria, "White Helmets" have become active again, and another provocation is being prepared with the use of chemicals in the Idlib de-escalation zone. This is reported by the Russian center for the reconciliation of the warring parties in Syria.


As the deputy head of the center, Rear Admiral Alexander Grinkevich, said at a briefing, the militants are preparing for staged filming in the southern part of Idlib province in order to further accuse the Syrian authorities of using chemical weapons against the peaceful population of the country.

According to available information, the terrorists delivered toxic substances to the area of ​​the village of Kansafra in Idlib province and are preparing to conduct staged filming to accuse the government forces of the SAR of using chemical weapons against civilians
- said Grinkevich.

It is noted that the toxic substances have already been delivered to the territory of southern Idlib.

This information was confirmed by the Syrian news the SANA agency, which disseminated an official statement from the Syrian Foreign Ministry on the preparation of a provocation with chemical substances by terrorists from the Tahrir al-Sham group (banned in Russia) and activists of the White Helmets. For provocation, 2 tons of chemicals have already been prepared, delivered to southern Idlib.

Damascus blames the United States, Great Britain, France, Germany, the Netherlands and Turkey for the use of toxic substances.
Ctrl Enter
Noticed oshЫbku Highlight text and press. Ctrl + Enter
We are
Looking forward to a strike on Syria? In Idlib, filming of a provocation with "chemical weapons" beganReports from the militia of New Russia for 27-28 September 2014 of the year
14 comments
Information
Dear reader, to leave comments on the publication, you must to register.