Protests in the United States: American police caught in the middle 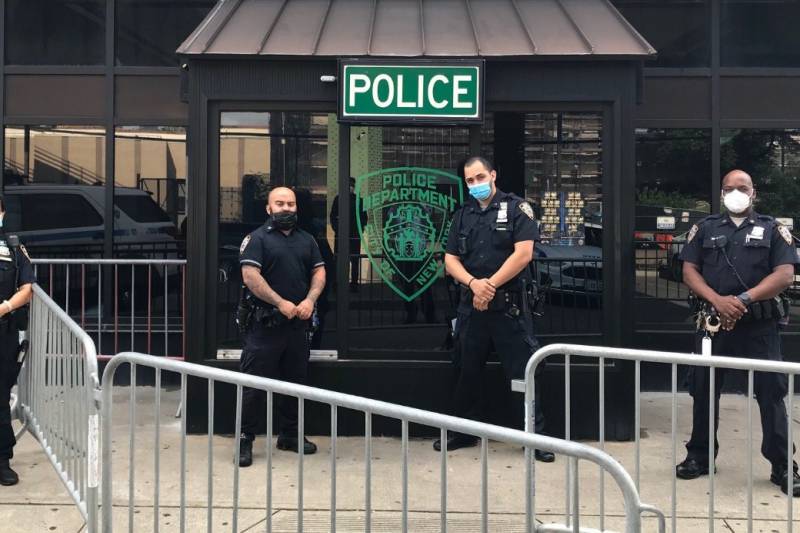 In the United States, mass protests continue in connection with the death of African-American Breona Taylor. She was shot by police during a search of her own apartment in early summer.


Like the famous George Floyd, with whose death riots began in most states, Breona was African American. The girl died by accident: the police came to search her boyfriend, but he, thinking that the robbers had come, opened fire. A shootout broke out, and Breona was accidentally shot by police officers. So the protesters had another "martyr".

Demonstrations against police violence and racism are taking place in New York, Los Angeles, Atlanta, Philadelphia, Dallas and many other American cities. The message is the same: the authorities of the country are racists, the police are racists, it is necessary to apologize to African Americans on your knees.

The actions of the protesters are actively supported by many stars of American show business and sports, as well as the left wing of the US Democratic Party, for which mass demonstrations are a reason for a more decisive confrontation with Donald Trump. All the forces of the American media were thrown into the promotion of the so-called. the Black Lives Matter movement, whose entire ideological platform, in fact, boils down to a veiled “racism of the oppressed,” and in some cases BLM activists do not hide their true attitude towards the Caucasian population of the United States and the planet as a whole.

By the way, the authorities themselves react to the speeches causing colossal damage to the country's economy rather calmly. Moreover, during clashes at mass demonstrations, the police themselves often suffer. For example, in Louisville, Kentucky, two police officers were shot and wounded. And this is not the only such case.

Of course, in many cases the police use rubber batons, tear gas, airsoft guns, but compared to the actions of the protesters, these are rather loyal methods. In the same African countries, the security forces would simply shoot protesters from a firearm weapons... As a result, the American police are left between two fires: on the one hand, they are required to act and disperse especially zealous rioters, on the other hand, the left-liberal public demands an end to the violence.

For some reason they forget about the troubles and problems of the American police themselves: the wave of leftist hysteria reaches the point that some "hotheads" generally demand that the existing police be disbanded. What is in return, it is not clear - not from gangsters and drug dealers to form an alternative power structure? This approach is destructive for the entire American police system: now the cops do not know what else to expect from the so-called. "The public", what other "knife in the back" will be stabbed by politicians from the ranks of the Democratic Party. 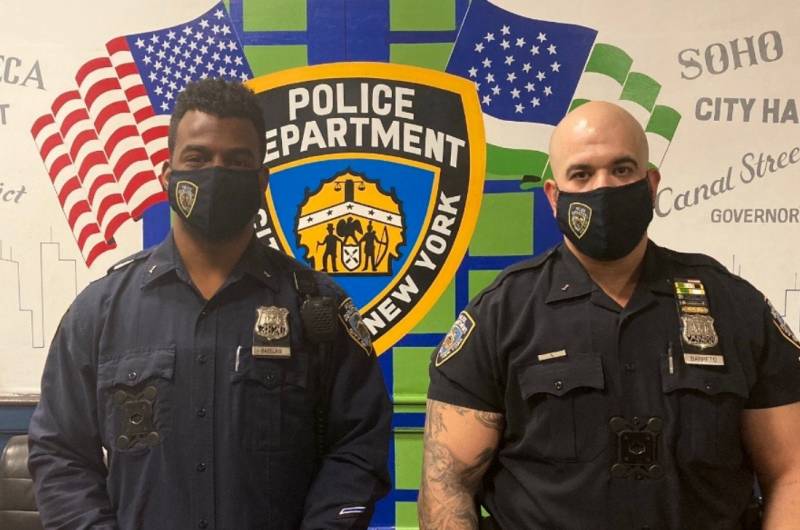 Both White and Black Americans are on the U.S. Police Force
At the same time, it is impossible, of course, to ignore the fact of the prejudice of many police officers towards African Americans. But this position has evolved historically. Generation after generation of American police officers have learned from their own experience that a significant portion of street crime in the United States comes from African American areas. Social deprivation, poverty, lack of education, and antisocial attitudes learned from childhood push millions of black people in the United States onto the path of criminal activity. This is a fact and you cannot argue with it. And those African Americans who serve in the police or other US security forces are well aware of this.

But the American elite, instead of solving the existing problem of social inequality, which still has racial overtones, is much more convenient to abstract from it, and when the situation reaches a critical point, to confront African Americans and the police. At the same time, harsh methods of influence are used against the former, the latter are accused of racism and violence.

The solution to the problem lies not in the area of ​​reforming the police and not even in the direction of further combating racism, but in the plane of the social transformation of the entire American system. But the US financial and political elites do not need such a transformation, at least not now.

Ctrl Enter
Noticed oshЫbku Highlight text and press. Ctrl + Enter
We are
Reports from the militia of New Russia for 27-28 September 2014 of the yearYuri Drozdov: Russia prepared the role of the sacrificial calf
89 comments
Information
Dear reader, to leave comments on the publication, you must to register.