Doubtful panacea: domestic drug for COVID-19 is already on sale 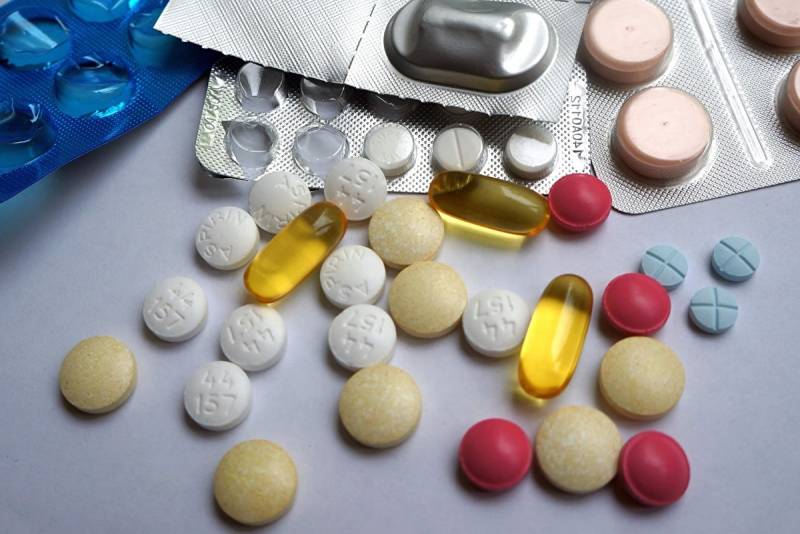 The general information background around the appearance of the first drugs for coronavirus on sale can be divided into two main lines: the tablets are too expensive and extremely unsafe. One cannot but agree with the first statement: it is still very ugly to profit from a frightened population, starting a business literally on blood.

The maximum price of 12320 rubles announced for the anti-coronavirus drug Areplivir is so high due to the huge costs of the pharmaceutical company GK Promomed. According to the company's managers, they spent over 692 million rubles on the development of the drug. And for the fastest return of costs, they posted such an inhuman price tag.

The simplest calculation gives us 56 thousand packages of Areplivit, which must be sold in order to recoup the lion's share of the costs. Taking into account the phenomenal demand abroad (as the manufacturers themselves say) and the expected high demand within the country, it will take a little time for the pharmaceutical company. But then the drug will rise in price (inflation and the dollar exchange rate) and will already bring consistently high profits. The main driver of demand for such drugs is the media, which has recently made a new coronavirus infection a real monster in the eyes of the average man.

In general, the entire moral side of the pricing of domestic drugs for coronavirus remains very doubtful. Questions arise about the regulatory structures from the Russian government. Why not ban the export of drugs from Russia, if, according to the developers, this became the reason for its high cost? Andrey Mladentsev, General Director of the Promomed manufacturing company, explains the price as follows:

Based on the situation, the demand for the drug throughout the world is very high. And it can hardly be too cheap, given the international situation and the epidemiological situation.
Why is the import of cheap European gasoline banned to Russia, taking care of the well-being of oil workers, but it is impossible to ban the export of antioxidants in order to protect the country's citizens? Or all stories about high demand abroad - just bikes to justify the manufacturer's greed? 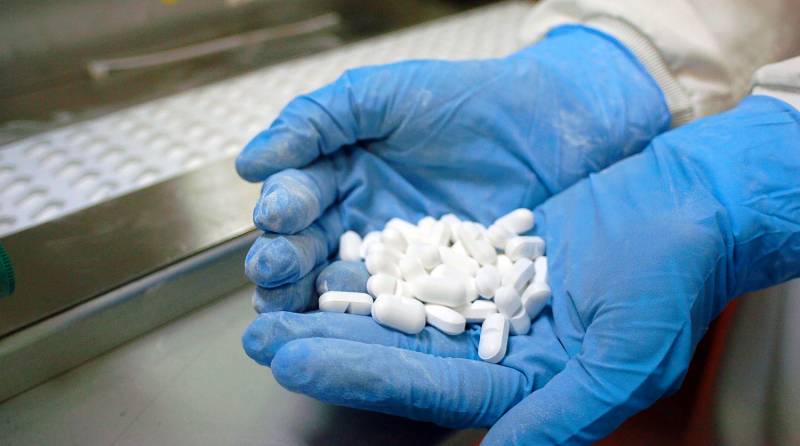 Source: gazeta.ru
Let's move on to the second news feed, according to which the drugs "Areplivir" and "Coronavir" are almost the causes of congenital malformations and intrauterine mortality. Commentators from dubious Internet publications openly speculate about the high danger of new antikidny drugs, which, however, has already met with the situation with the Sputnik V vaccine. And here there are serious discrepancies with the objective medical reality. Commoners and "professional" journalists were very much embarrassed by the use of favipiravir as the main active agent. This is the so-called generic, the patent for the formula of which and the right to manufacture does not belong to any company in the world, it can be freely used by anyone. Only now no one discloses the technology for the synthesis of the original drug, and pharmacists often have to invest considerable funds in an independent search for a production method. Incidentally, this is also blamed for the excessively high cost of Areplivir and Coronavir. 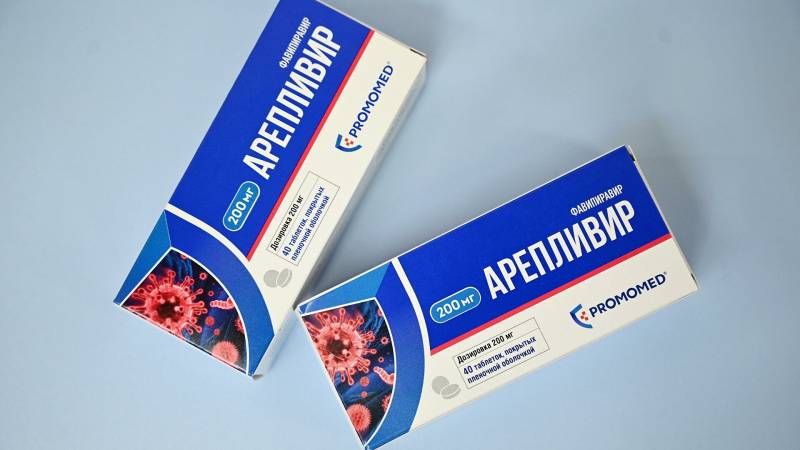 Source: ria.ru
With the general lag of domestic pharmacology behind world standards, it is quite possible to believe in the need for such financial injections. Do not forget that 100% of the equipment for production comes from abroad, and the constantly growing exchange rate only adds to the price of the final product. In general, no one in their right mind could have imagined such a rapid process of developing an anticancer drug from scratch. It is technically impossible, and in Russia, unfortunately, even more so. Who remembers the latest drugs from the ground up? Even the famous antiviral "Arbidol" traces its history back to the 70s of the last century and belongs to the Soviet school of pharmacology. Therefore, the use of imported favipiravir as a basis for Russian novelties is expected and normal. But the hysteria raised around the danger of this chemical is not normal at all.

In the medical environment, there is a database of the World Health Organization for monitoring adverse reactions of patients to certain drugs. It is called VigiBase, since 1968 information has been flowing there from 171 countries of the world, which corresponds to 90% of the world's population. As you can see, the structure is serious and operates with very voluminous statistical data. Favipiravir in this story looks like a completely harmless drug. If we compare two six-month periods, from February 15 to August 15, 2019 and similarly to 2020, it turns out that this drug was widely used last year to treat viral infections, and in the current pandemic its use has increased abruptly. This is for commentators who call favipiravir "banned in the US and Japan." Although, of course, before the coronavirus pandemic, the drug was not so widely used.

We go further by comparing the proposed periods of use of favipiravir. Last year, only 3 adverse reactions of patients to this drug were recorded, and the six-month period of 2020 is already 83. Pharmacists do not know exactly how many times the global consumption of favipiravir has increased, but clearly, several dozen times. And only 83 registered adverse reactions. If we talk about serious adverse reactions, then from 2019 to 2020 their number increased from 2 to 19. The main cause of severe complications is the incorrect use of the drug, and only in 6 cases did favipiravir negatively affect the liver of patients. There is no question of any teratogenic effect (initiation of deformities in intrauterine development). At the same time, only 2 patients died during the six months of favipiravir therapy. Doctors are very restrained in saying that the death of two people in the Czech Republic and Kenya occurred while taking the drug for hypotension. At the same time, it is especially emphasized that at the same time the patients were treated with four more antiviral drugs. This is such a shaky evidence base for pharmacists. And most importantly, mortality from favipiravir in six months of 2020 did indeed increase by 200%: in 2019, zero patients died from the drug. For comparison, the drug hydroxychloroquine, also used to treat COVID-19, claimed 2020 lives in 159, three times more than a year earlier. And he had more than 4,5 thousand undesirable reactions. The tandem of lopanavir with ritonavir showed itself not much better. What conclusion can be drawn from this story? First of all, no one in the world has refused to use the drug favipiravir, and it is quite officially used against coronavirus. By the way, doctors advise with caution the use of the drug for people suffering from gout. Of the 32 drugs used to treat COVID-19 and related diseases, only favipiravir with dabigatran has no major contraindications. As well as serious indications for COVID-19 therapy. 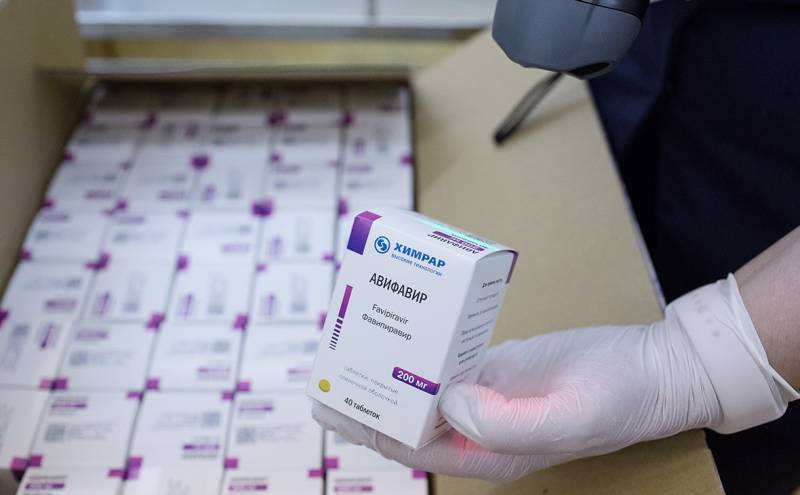 Source: rbk.ru
If favipiravir does not harm the body, then it does not treat the coronavirus as aggressively as we would like. In March 2020, preliminary results were presented from a study that included 240 COVID-19 patients who received favipiravir or arbidol. The frequency of clinical recovery by the seventh day of treatment did not differ significantly between the groups (61,2% in the favipiravir group and 51,67% in the arbidol group). The benefit of using favipiravir was a slightly faster fever and less cough. As a result, the researchers concluded that there was no significant difference in the clinical efficacy of arbidol and favipiravir in patients with COVID-19 for 7 days.

There is no information about whether similar studies were carried out in Russia before the launch of the drugs Areplivir and Coronavir. Obviously, domestic pharmacologists had to choose the safest for the human body from a meager set of not the most effective drugs.

Ctrl Enter
Noticed oshЫbku Highlight text and press. Ctrl + Enter
We are
Expert point of view: coronavirus is not the worstCoronavirus COVID-19: threats, consequences, actions
106 comments
Information
Dear reader, to leave comments on the publication, you must to register.