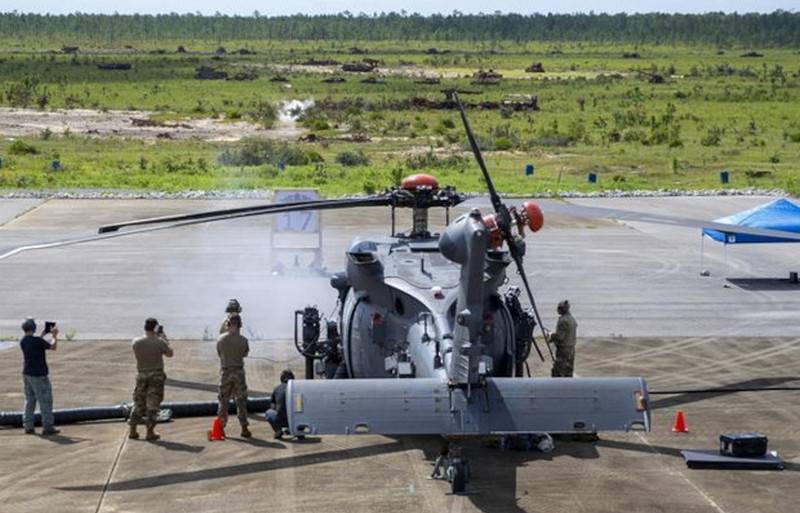 The US Air Force has begun testing the HH-60W Jolly Green II rescue helicopter for the US Special Operations Forces. As reported by NPlus1 with reference to Flightglobal, during the tests, three options for the helicopter's machine-gun equipment will be tested.


As the armament of the helicopter, options with the installation of a container with rapid-fire machine guns will be tested: GAU-2 / Minigun with a rotating block of 7,62 mm barrels, single-barreled GAU-18 of 12,7 caliber and GAU-21 of 12,7 mm caliber. The rate of fire of these machine guns is, respectively, 3000, 800 and 1100 rounds per minute. At the first stage of testing, the helicopter will be on the ground all the time. The completion of the tests is planned by the end of 2020, after which the HH-60W will be admitted to flight checks.

The US Air Force plans to acquire 113 new helicopters, which will replace the HH-60G as they become available.

The Jolly Green II name was given to the HH-60W this spring. The vehicle was named after the HH-3E Jolly Green Giant rescue helicopter, which was actively used by the military during the Vietnam War.

Ctrl Enter
Noticed oshЫbku Highlight text and press. Ctrl + Enter
We are
US MTR rescue helicopter HH-60W checked by extreme temperaturesHelicopter HH-60W launches special operations forces in the USA
9 comments
Information
Dear reader, to leave comments on the publication, you must to register.