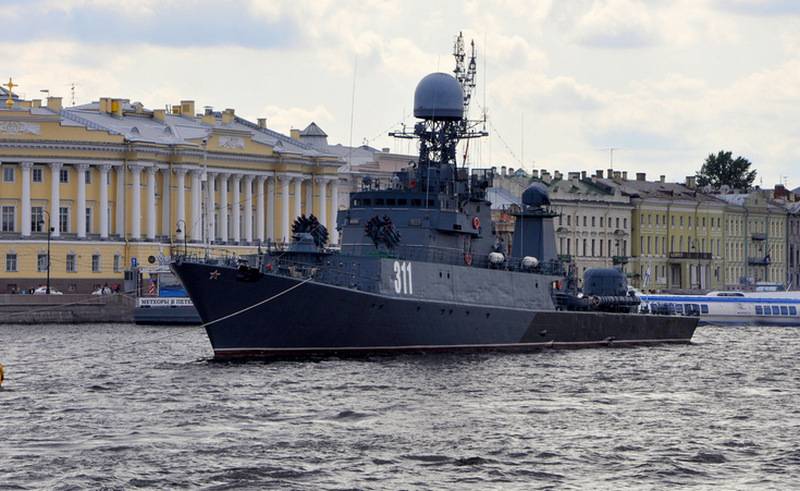 A Russian warship collided with a civilian container ship on Wednesday. The collision took place in the Øresund Strait between Denmark and Sweden. This was reported by the Danish Ministry of Defense.


According to the Danish military, the incident took place in the area of ​​the Øresund bridge closer to Denmark. The Ice Rose freighter flying the Marshall Islands flag was heading to Gothenburg from St. Petersburg. The cause of the collision has not been established; according to the preliminary version, this was influenced by poor visibility due to thick fog. A Danish Army patrol ship P523, a Swedish tug and a helicopter with rescuers arrived at the scene.

The small anti-submarine ship collided with a refrigerated ship sailing under the flag of the Marshall Islands. There are no casualties or injuries, previously, the ship received minor damage
- said in a statement

As reported, the small anti-submarine ship "Kazanets" in the collision received a small hole above the waterline, none of the frigate's crew members was injured. At the present time, the ship under its own power is sent to Baltiysk to the base fleet... The command of the Baltic Fleet announced the creation of a special commission to determine the cause of the collision.

Ctrl Enter
Noticed oshЫbku Highlight text and press. Ctrl + Enter
We are
In Dagestan, a military helicopter crashedCongratulations to women on the holiday 8 Martha!
76 comments
Information
Dear reader, to leave comments on the publication, you must to register.