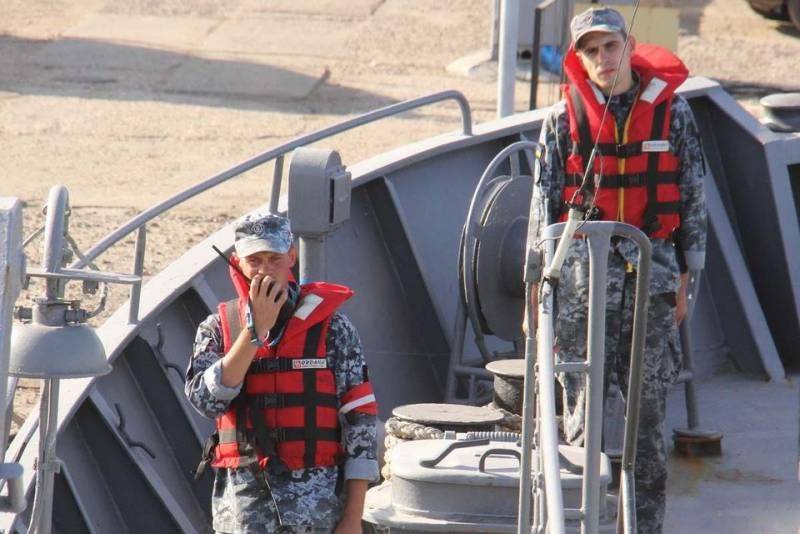 Two small armored artillery boats were delivered to Berdyansk, which is located in the Azov region, to strengthen the grouping of the Ukrainian Naval Forces on the Sea of ​​Azov. The convoy, consisting of tractors, heavy equipment and special vehicles, arrived at the Berdyansk port yesterday, September 22.


The armored boats were delivered on platforms along the Melitopol highway. The appearance of a military column on the road caused a large congestion. Local drivers had to stand in traffic jams.

Employees of the municipal service helped transport the equipment through the city, who raised the electrical wires higher so that the oversized load would not rip them off.

The boats were delivered on special platforms. The convoy was accompanied by police cars.


After the delivery of the armored boats to the Berdyansk port, they were successfully launched.

This is the third transfer of naval vessels to the Sea of ​​Azov. The first two took place two years ago. In particular, on September 11-12, 2018, the small armored artillery boats of the Ukrainian Navy "Kremenchug" and "Lubny" were transferred under the same scheme. During the second transfer by sea through the Kerch Strait, the ships of the Naval Forces of Ukraine violated the state border of the Russian Federation and, together with the crews, were detained by Russian border guards. Later, both Ukrainian citizens and the detained floating craft were transferred to Kiev.

Now Berdyansk is positioned as a future outpost of the Ukrainian Navy on the Sea of ​​Azov.