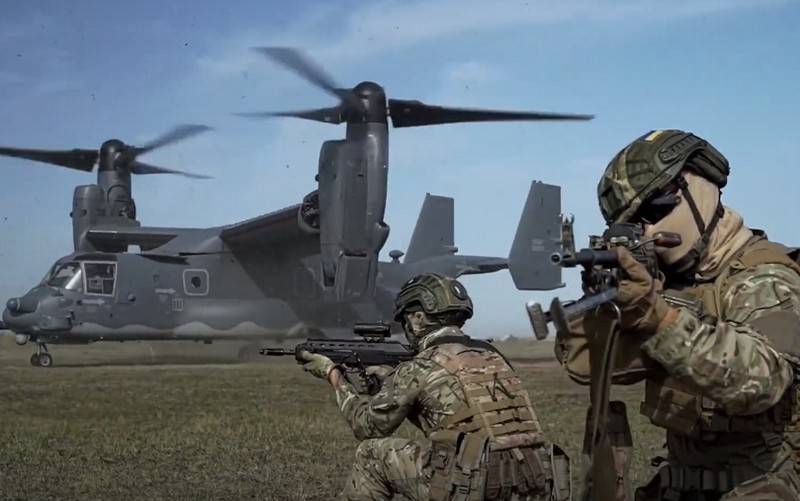 A video of the landing of servicemen of the Special Operations Forces (MTR) of Ukraine from the American CV-22B Osprey tiltrotor of the US MTR, which arrived in Ukraine to participate in the United Efforts-2020 military exercises, has appeared on the Web. The video was posted on the Ukrainian SSO channel on YouTube.

It is reported that the main objective of the conducted exercise is to demonstrate the support of partners and a willingness to perform common tasks.


Also, during the exercise over the Black Sea, refueling of the Osprey CV-22 tiltrotor was carried out.

As part of the United Efforts 2020 strategic command and staff exercise, foreign partners carried out training, demonstrating the capabilities of the modern MC-130J and Osprey CV-22 aircraft
- it is spoken in the message of the Ministry of Defense of Ukraine.


Ctrl Enter
Noticed oshЫbku Highlight text and press. Ctrl + Enter
We are
The transport version of the tiltrotor CMV-22B made its first flightIn the United States, CMV-22B Osprey transport convertiplanes are being developed for aircraft carriers
62 comments
Information
Dear reader, to leave comments on the publication, you must to register.