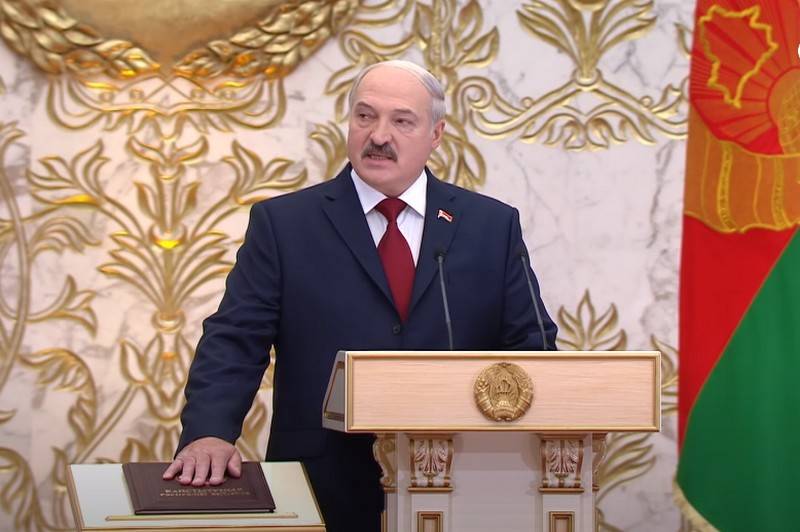 Alexander Lukashenko officially took office as President of Belarus. The inauguration ceremony took place at the Palace of Independence. This is reported by the Belarusian media.


There were reportedly several hundred people in the hall who were invited to the ceremony. Lukashenko, putting his right hand on the Constitution of the republic, took the oath in the Belarusian language, after which he signed the act of taking the oath.

After the end of the oath, the chairman of the Central Commission of Belarus, Lydia Yermoshina, presented Alexander Lukashenko with a certificate of the President of the Republic of Belarus.

According to the Central Election Commission of the republic, in the presidential elections held on August 9, 80,1% of voters from the total number of voters who came to the elections voted for Alexander Lukashenko. At the same time, the turnout in the country was 84,28%.
Ctrl Enter
Noticed oshЫbku Highlight text and press. Ctrl + Enter
We are
Signed the first decree on obtaining citizenship of the Russian Federation upon taking the oathPutin finally became president
273 comments
Information
Dear reader, to leave comments on the publication, you must to register.