If you don't want to - don't look. Cinema Fund accused of lack of spirituality 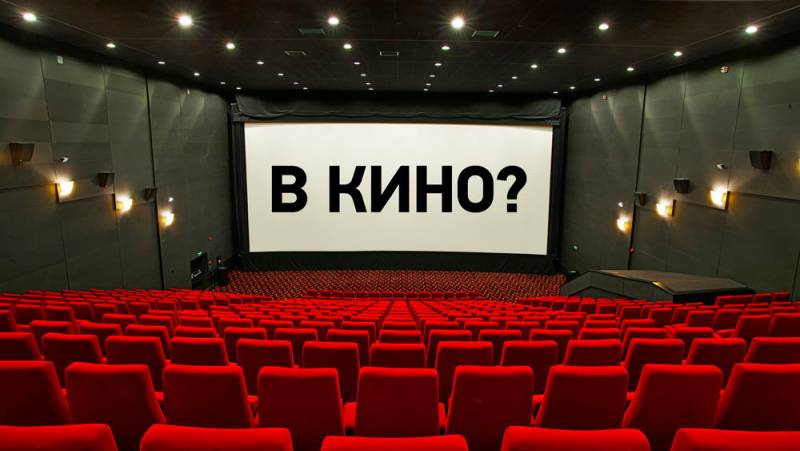 History The Cinema Fund's accusations began on September 13 with an open letter to the Russian government from participants in the Golden Knight International Film Forum. In their address to Vladimir Putin and Mikhail Mishustin, the signatories pointed to the degradation of Russian cinema over the past thirty years. Quote from the letter:

In society, the question of the moral, educational quality of the offered "film products" has ripened, the question of the conformity of the films being made to the "Fundamentals of State Cultural Policy" legalized by the state. When asked whether today's Russian cinema and television serves to strengthen the moral and ethical norms and traditional, spiritual and moral values ​​of our culture, the conference participants unanimously answered: no!
The letter is filled not only with indignation at the current state of affairs in the domestic film industry, but also with outright intolerance. For instance:

The assertion of some officials of the Ministry of Culture and the "Cinema Fund" that there is an extraordinary "upward movement" in Russian cinema is groundless. Obviously, a downward movement, a slide from the heights of the great Soviet cinema into market primitives and vulgarity, lowering the spiritual and moral level of our people. It is impossible to consider film achievements imitating Hollywood, helpless in drama, directing and acting, tortured remakes, fake "blockbusters" about war, sports, cops, oligarchs, "NKVDs", killers, criminals and fallen girls. The Russian cinema screen was flooded with untouched by the intellect of the faces from the TV, the so-called stars of show business, "KVN", "Comedy Club" and "House 2". 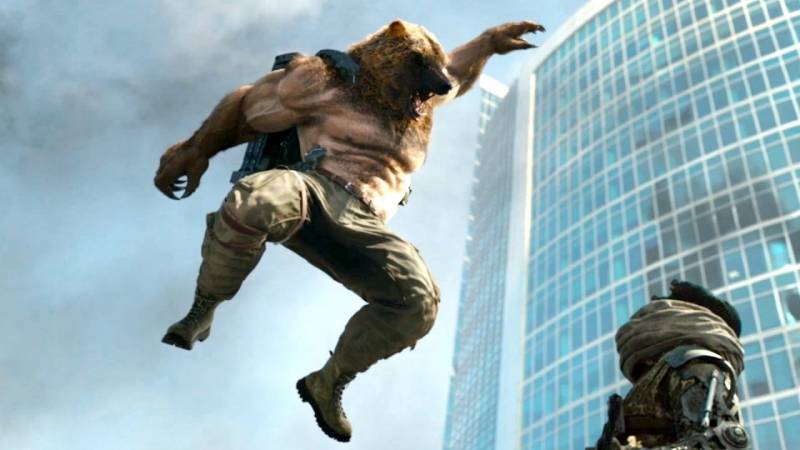 "Defenders". A failed "masterpiece". Source: pikabu.ru
As in any other radical allegations, the letter of the participants of the Slavic Forum of Arts "Golden Knight" contains seeds of common sense, but it was not without controversial points. Of course, the Cinema Fund has accumulated many failed films over the 30 years of its existence. Three years ago, a "top" was compiled - a list of the ten most unsuccessful domestic films released with the support of the foundation. Among them are now little-known "Invisible", "Priest-san. Confessions of a Samurai "," Double Trouble "and others. In total, almost 40 million budget dollars were spent on this top ten, of which even one third did not return. In total, the Cinema Fund has supported financially about 300 films, of which only 10 films are worthy of respect. This is the opinion of experts of the International Film Forum "Golden Knight". One could turn a blind eye to the quality of most of the films from the "Cinema Fund" if not for the use of budget funds by the office. There is nothing wrong with a free market and competition, but when failed “masterpieces” do not even partially pay off at the box office, many questions arise. Who reviewed the script? Who evaluated the film's market prospects? Who tracked the budget expenses of the film? In general, if we abstract from the spiritual and moral message of the domestic cinema "Fund", it becomes clear that the strangeness begins at the stage of choosing the objects of funding. Strictly speaking, cinema is just another kind of art, albeit a massive one. If the director and screenwriter are ready to offer a really sensible idea, then there must be appropriate investors for it. Of course, the motto “talents need to be helped, mediocrity will break through themselves” takes place. But Russian taxpayers donate money to such experiments! For example, from 2012 to 2017, out of 160 films released under the auspices of the Cinema Fund, only 19 paid off! Many “knowledgeable” may argue that the profitability of these 19 films will more than cover the costs of the remaining ones. Nothing like this! The most successful film "Moving Up" with a budget of 450 million issued more than 3 billion at the box office. But no other film even came close to this parameter. At the same time, the Matilda film, widely advertised in various ways, with a budget of one and a half billion, returned to the creators a little more than a third of what was spent.

The Cinema Fund is unable to produce financially successful projects. Maybe it’s better to arrange things with an artistic component?

In accordance with part 5 of article 29 of the Constitution of the Russian Federation, freedom of the media is guaranteed. Naturally, censorship is prohibited. Interesting in this regard is the point of view of the signatories of the open letter, which was discussed above. It turns out that Pushkin himself was one of the adherents of censorship, which is confirmed by his quote:

I am convinced of the need for censorship in an educated moral and Christian society, no matter what laws and government it may be under ...
Further, the participants of the XXIX International Film Forum "Golden Knight" directly ask to introduce censorship in film distribution, referring also to the opinion of the main Russian censor of his time - Tyutchev. In the best traditions of retrograde reformers, the main recommendation to the President of Russia is to organize a state corporation under the leadership of Mosfilm. This body is supposed to be empowered to ban foreign paintings, putting it into a quota procedure. The signatories have a very rich imagination: after a few years of operation, the monopoly corporation will have to increase the distribution time of domestic cinema up to 80%. That is, only every fifth foreign film will break through to the Russian market. Is it good or not? If we take into account the laws of market development, then, of course, very bad. The notorious state corporation, in the absence of competition, will sponsor the production of films that will be of interest primarily to officials of the corporation itself. There will also be problems with the efficiency of the work of the next state structure: do we see a lot of market breakthroughs from Gazprom or the United Aircraft Corporation? In conditions when budget financing is available and is able to cover losses if something happens, there is no need to think about effective management. The actual absence of "pernicious" imported cinema is still aggravating. In general, the initiative of the participants of the "Golden Knight" looks at least too radical and will not lead to anything good.

However, the current state of affairs with the "Cinema Fund" does not add a positive attitude. Indicative in this regard is the list of films that the Ministry of Culture (and, therefore, the "Film Fund") will support next year. Budget money is already being reserved for these scenarios. In particular, they are allocated for the continuation of the absurd comedy "Great-grandmother of easy virtue", in which the plot revolves around a certain secret Soviet chemical. This pseudo-"Newbie" in the guise of a grandmother must redeem (or steal) the permanent Alexander Revva. 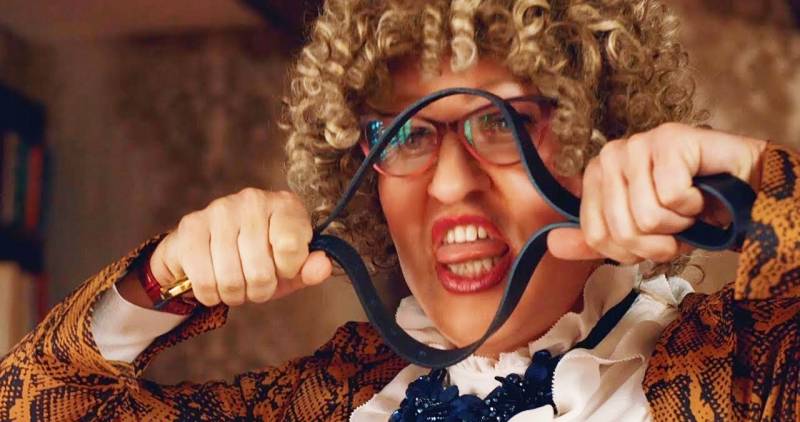 Source: film.ru
The sponsoring of foreign cinematography at the expense of Russian taxpayers is outrageous. Obviously, the scriptwriters, who did not find support in Hollywood, decided to try their luck in the Russian box office. And successfully. American Michael Zilberman at the expense of the "Cinema Fund" will shoot "Aspiration", in which not a word will be in Russian, and the story itself is planned ... in the Canadian outback. In continuation of the recently popular theme of domestic trash, the Ministry of Culture supported the project of the film "The Godless". According to the scenario, the scientist kills the father of two daughters, and later takes them out for interbreeding with monkeys in a secret nursery. Happy viewing! The dirty story of young victims is continued by the thriller "White List", in which Alexei Serebryakov, the country's main dramatic actor, will play. The script is built around the trendy theme of teenage suicide and has a lot in common with the overseas TV series True Detective. Here also, two investigators in the wilderness run into pedophiles, only one of the heroes does not hesitate to have a relationship with a schoolgirl himself. In one of the reviews they write:

Routine research stretches for years, breaks the lives of the heroes, and the perpetrators hide closer than one might have thought. The creators hired expert psychologists to work on the film.
Everything that happens to the "Cinema Fund" can be characterized simply: something needs to be done. Of course, the methods of censorship and banning foreign cinema as the most radical will obviously not help here. But you can find a kind of middle ground between outright cinematic disgrace and tightening the screws. It remains only to convince the authorities that this is really necessary.

Ctrl Enter
Noticed oshЫbku Highlight text and press. Ctrl + Enter
We are
The offspring of capitalism. American culture conquers the worldWest without USSR: moral and social collapse
224 comments
Information
Dear reader, to leave comments on the publication, you must to register.