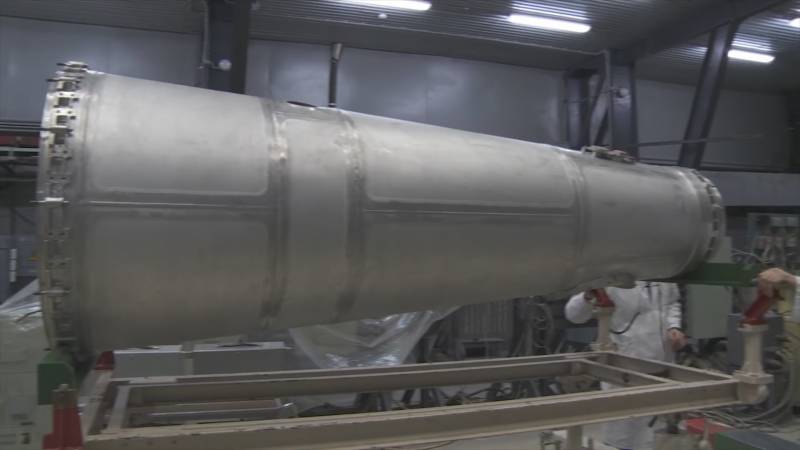 At the very end of 2019, the Strategic Missile Forces put their first Avangard hypersonic complex on alert. A number of third countries consider this weapon a threat to their security, requiring an appropriate response. A variety of countermeasures and protection measures have been proposed, but their potential remains questionable.

An interesting opinion about the potential of Avangard and responses to such a threat was published on September 18 by The National Interest in the article by Peter Suci "Is the Russian Avangard Hypersonic ICBM a Serious Threat?" The material examines the main features and overall potential of Russian weapons, as well as the means by which the United States can respond to them.

TNI suggests that hypersonic weapons will not necessarily give a potential adversary a significant advantage over the United States. The enemy, with his first strike, can disable American silo launchers with ballistic missiles or strategic bombers at airfields. However, the Pentagon will have the means for a retaliatory strike - first of all, these are submarine ballistic missiles.

They also remind that the United States is developing a promising weapon that will become a deterrent and prevent Russia from using "traditional" intercontinental missiles and the Avangard complex. So, earlier in September, the Pentagon and Northrop Grumman signed a contract for the development of a new Ground Based Strategic Deterrent (GBSD) ICBM worth $ 13,3 billion.

In addition, this year, US President Donald Trump spoke about the presence of a number of modern promising models, incl. own American hypersonic missile. It is claimed to be 17 times faster than any other missile in existence, with a range of thousands of miles and an accuracy of 14 inches. 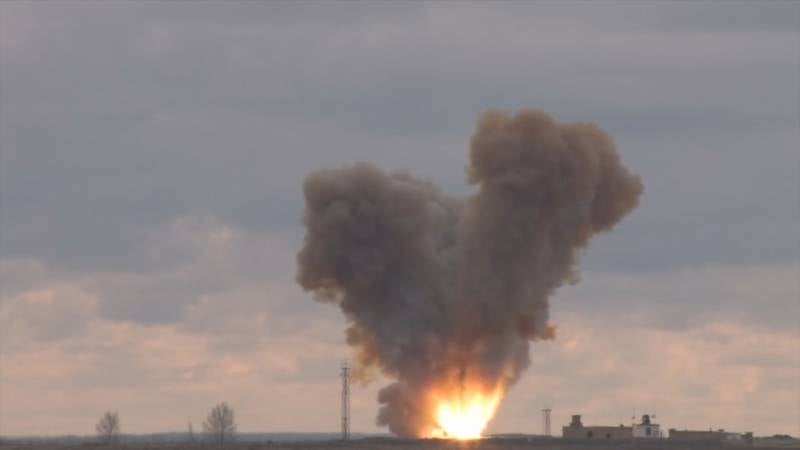 P. Suci recalled that the description of the American hypersonic missile was questioned. However, even in this case, it is clear that the US armed forces will not allow other countries to break away from them in the field of strategic weapons of intercontinental range.

The TNI publication does not fully reflect the real views and opinions of the US military and political leadership, but it reveals the main ideas circulating in these circles. In general, the American leadership considers the Avangard complex to be potentially dangerous and requires a response of one kind or another.

In the TNI publication, attention is drawn to the fact that only strike systems are listed as an answer to Avangard. Any missile defense systems are not mentioned at all. In addition, almost immediately we are talking about a retaliatory strike after the destruction of part of the nuclear missile potential while maintaining only the most stable systems.

All this may well be interpreted as a recognition of the fundamental inability of the United States to intercept the most complex hypersonic maneuvering targets. Avangard at a speed of up to 27M and with an intercontinental range is considered capable of guaranteed breaking through the existing missile defense system and hitting objects of strategic importance. However, work on the development of anti-missile defense and the creation of new systems is underway and in the future may give the desired result - however, the timing of this is unknown.

The answer to the Russian hypersonic complex is called land-based and sea-based ICBMs. At the same time, along with the existing missile systems, they mention the promising GBSD, which so far exists only in the form of a preliminary project. Missiles of this type will take over duty in 2027, and until then, the ground component of the nuclear forces will be based on existing Minuteman products. As follows from the available data, GBSD will be a "classic" ICBM with conventional warheads - hypersonic gliders are not expected. 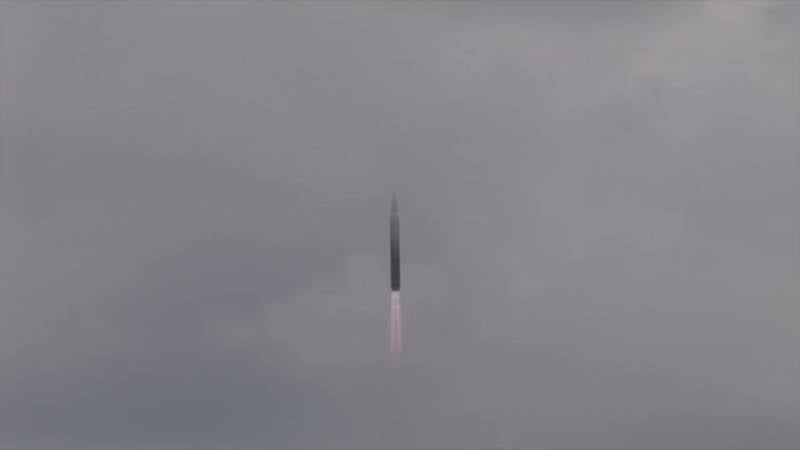 Donald Trump's “super-duper-rocket” that made a lot of noise, according to popular versions, belongs to the category aviation weapons. A strategic aviation complex based on an existing or promising long-range bomber with a hypersonic missile is of high value for the armed forces. It is doubtful, however, that it can be a symmetrical and highly effective response to Avangard.

The United States intends to maintain its superiority in the field of armed forces and strategic weapons. For this purpose, new bombers, missiles, hypersonic complexes, etc. are being developed. Measures are also taken to protect their facilities from a possible enemy attack.

Currently, the United States is developing several hypersonic missile systems for different types of troops. Moreover, current programs have several characteristic features. So, the Pentagon has no plans to equip hypersonic warheads with nuclear warheads. In addition, the creation of intercontinental range systems has not yet been reported. Finally, none of the American hypersonic projects - despite commendable optimism and numerous bold statements - have yet to be brought to alert.

Thus, the Russian armed forces have bypassed the most developed foreign army in terms of promising developments. The number of "Vanguards" on duty is still not too large, but even in this case, the newest complex significantly affects the capabilities of the strategic nuclear forces. How soon the United States will be able to complete its projects and ensure parity in such weapons is a big question. 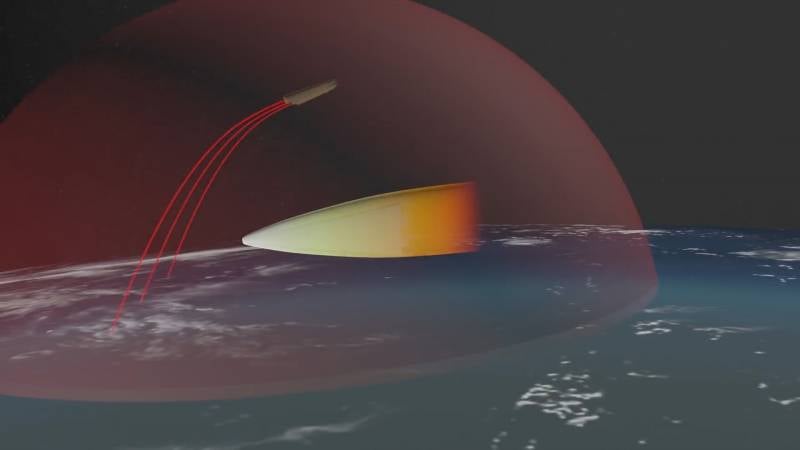 As can be judged, at the moment the US strategic missile defense system is not able to intercept the maneuvering hypersonic unit from the Avangard complex. For this reason, further development of missile defense must be carried out taking into account new threats, which requires a special concentration of forces and significant expenditures.

It is necessary to improve satellite and ground-based missile early warning systems. In flight, the hypersonic unit unmasks itself in the radar and infrared range, which to some extent simplifies its detection. Despite this, high-speed data processing and control loops are required to provide timely response.

The existing missile defense systems are designed to defeat ballistic targets, while hypersonic weapons are maneuvering. Accordingly, there is a need for new means of destruction. It is not known whether it will be possible to create an effective interceptor missile to combat the Avngard or other similar weapons.

The Avangard complex with a number of characteristic features has the highest combat characteristics and can be considered the most advanced type of missile weapons. It is almost impossible to defend against its strike, thanks to which the complex becomes a highly effective means of strategic deterrence capable of seriously influencing the military-political situation.

The US military and political leadership is well aware of this and is trying to take action. In the absence of other solutions, we have to rely only on "traditional" strategic weapons, and this point of view is spreading in the media. How soon this situation will change, and the Avangard can be answered not only with the help of ICBMs, is a big question that does not yet have an answer.

Ctrl Enter
Noticed oshЫbku Highlight text and press. Ctrl + Enter
We are
Impact of 6000 kilometers: what will be the hypersonic weapons of the US ArmyAn-12 in Afghanistan
143 comments
Information
Dear reader, to leave comments on the publication, you must to register.