What does financial intelligence not know about?

The international consortium of journalists ICIJ with the characteristic name "Cassandra" last weekend made public the results of an analysis of the data set of the American financial intelligence. These are more than 2500 documents, mainly bank reports, sent to the US Treasury from 2000 to 2017.

By themselves, the documents of FinCEN, the Financial Crimes Unit under the US Treasury Department, are not yet evidence or evidence. They were studied by 400 journalists from the BBC, Le Monde, Süddeutsche Zeitung and other media, and they are talking about amounts of about 2 trillion. dollars.

At least that much, according to the calculations of American financial intelligence officers, could pass in the period up to 2017 through a number of major international banks. It should be noted that banks with a traditionally impeccable reputation, which invariably follow the standards of the FATF, an authoritative intergovernmental organization, which is officially called the Financial Action Task Force on Money Laundering.

The Russian Federation has been represented in the FATF since 2003 - by the Federal Financial Monitoring Service. Then, at the cost of serious efforts, our country managed to get out of the "black list" of the organization. As is known, it included countries in which there was practically no fight against money laundering and financing of terrorism. 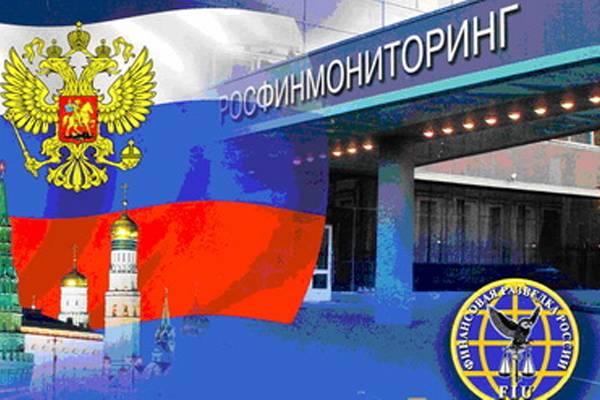 It is characteristic that Russia got on this “black list” shortly after the default, just as the Federal Service for Currency and Export Control (VEC), the predecessor of the currently operating Rosfinmonitoring service, began to establish elementary order in the monetary and financial sphere.

It is believed that getting into the "black list" cost not only the chair of the first head of the EEC Oleg Pavlov, but also a sharp narrowing of the powers of the service itself. Recall that in the late 90s, the EEC was not only directly subordinate to the president of the country, but also received the right to coordinate the foreign exchange turnover of seven related departments, including the Ministry of Finance and the Central Bank.

However, most likely, along with such omnipotence, currency operatives were not forgiven for another, namely, attempts to check the "holy of holies" - the black cash registers of the largest companies and banks. And even the Bank of Russia itself, as soon as Viktor Gerashchenko, the legendary Hercules, unexpectedly left it.

Note also that EEC had two more important advantages over its successor (RFM). The first is the right to legislative initiative in the sphere of one's activity. The second is the right to conduct operational-search activities, which the employees of financial monitoring do not even think about.

Their task is to monitor, that is, to collect dossiers about all transactions, dubious and not very, most importantly, large, and about everyone who conducted them. So that there is compromising evidence for almost everyone.

A rather unexpected information flow from the structures of the American Ministry of Finance was immediately associated in some media with the upcoming presidential elections in the United States. And not without reason: the sensational data of the Ministry of Finance's operational unit may well be regarded as evidence of the effective struggle of the current Washington administration against illegal money circulation.

Among the key persons involved in the investigation were the banks HSBC and Standard Chartered, of which they immediately rushed to report the long-term absence of serious violations in the financial sector and that in recent years the internal standards of the so-called compliance control have significantly increased there.

Nevertheless, the quotes of shares of both structures fell sharply during trading on Monday in Hong Kong: the drop was from 3,4 to 4 pp. Among banks and companies that could launder illegal income and conduct transactions bypassing various kinds of sanctions, those who have collaborated with leading Russian entrepreneurs.

The brightest of the compatriots who fell under the gun of American financial intelligence officers, and then the media, were the Rotenberg brothers, Arkady and Boris. It seems that most of all Western writing and filming colleagues are inspired by the fact that the persons involved are directly from Putin's inner circle. 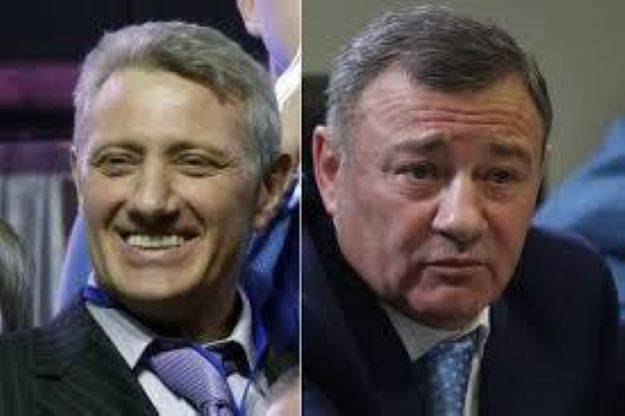 The Rotenberg brothers, Boris and Arkady
They have not yet had time to remember the business punishment, more like a raider seizure of aluminum assets, which they carried out with another Russian entrepreneur close to the president, Oleg Deripaska. Such a prospect can hardly inspire anyone.

But the fact that Arkady Rotenberg and Boris have been under the sanctions related to the notorious “annexation” of Crimea since the beginning of 2014 has been remembered all at once. Since then, Western banks and companies are generally prohibited from doing any business with Arkady Rotenberg.

Defendants are asked to worry

Despite the fact that fellow journalists have already expressed the opinion that the share of the Rotenberg brothers in the total amount of illegal transactions published by Cassandra, by definition, cannot be very significant, their reaction turned out to be surprisingly tough.

Through their representatives, the brothers have so far simply called all charges of money laundering and circumvention of sanctions through the Barclays bank "nonsense". Characteristically, Barclays Bank very quickly declared that it adheres to its obligations, which are imposed on the bank by the law and regulatory bodies.

Nevertheless, it follows from the publication of the journalist consortium that, according to FinCEN, the Rotenberg brothers "provided support for Putin's personal projects." They "earned billions of dollars from contracts for Gazprom and the Sochi Winter Olympics, which were awarded by the Russian president."

Now we are talking about something else. Arkady Rotenberg "presumably could have used the Barclays bank for money laundering and evading sanctions." In particular, FinCEN has information about the transactions of the companies Advantage Alliance and Ayrton Development Limited, allegedly related to the Russian businessman.

The most unpleasant for a Russian entrepreneur may not be the very fact of transactions and posting of funds. For the American side, it is much more important that some of them passed after Rotenberg came under Western sanctions.

It is not surprising that the BBC hastened to compare all the information that has appeared with the "Panama dossier", although many have long forgotten about it. And after all, no one had any serious consequences after it. However, the fact that this time everything may turn out to be much more serious is evidenced, albeit, of course, and indirectly, by the nervous reaction of those who were hooked by the state financial intelligence.

It is characteristic that the Rotenbergs made their statement almost the first of the Russian entrepreneurs included in the Forbes lists, which certainly correspond well with the lists of the international consortium of journalists “Kassandra”. And there are no guarantees that information about the accounts of some other wealthy Russians cannot appear in the press soon enough from FinCEN.

Ctrl Enter
Noticed oshЫbku Highlight text and press. Ctrl + Enter
We are
HSBC hosted the dirty money of dictators and arms dealers ("The International Consortium of Investigative Journalists", USA)Geopolitical mosaic: Pacific Fleet amphibious assault ships will enter Tartus, while Georgian soldiers are deserting en masse, not wanting to clean the toilets
50 comments
Information
Dear reader, to leave comments on the publication, you must to register.