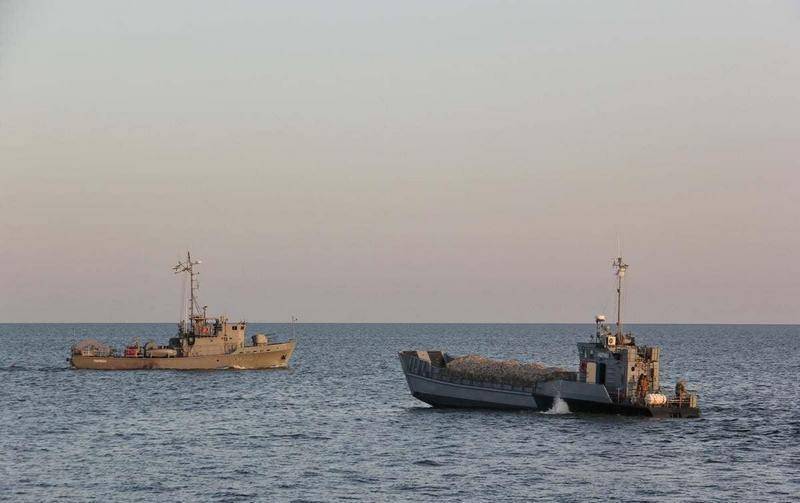 
As reported, the crews of the boats replenished the necessary supplies and worked out the tasks for preparation for the campaign and military operations in places of permanent deployment. After that, the tactical naval group of the Naval Forces of Ukraine passed through the shipping canal of the Bugsko-Dneprovsky estuary into the Black Sea to perform elements of general maneuvering.

Also, as part of the exercises, which did not stop even at night, the descent and ascent of high-speed motor boats into the water, as well as the approach and mooring of ships, were worked out.

Further, it is planned to work out the passage by sea in order and orders, minesweeping, the landing of amphibious assault forces on the unequipped coast and elements of underwater anti-sabotage warfare.

All maritime activities are reported to be conducted in close collaboration with participants in other components of the exercise and under the clear leadership of strategic and operational levels of command.

It should be noted that there are four NATO ships in the Black Sea, which are to join the Joint Efforts 2020 Ukrainian exercise.

Ctrl Enter
Noticed a mistake Highlight text and press. Ctrl + Enter
We are
Summary of the week from voenkor Mag about events in the DNI and LC 21.04.18 - 27.04.18Summary of events in the DPR and LPR for 14.04.18 - 20.04.18 from the military commissar "Mag"
81 comment
Information
Dear reader, to leave comments on the publication, you must to register.