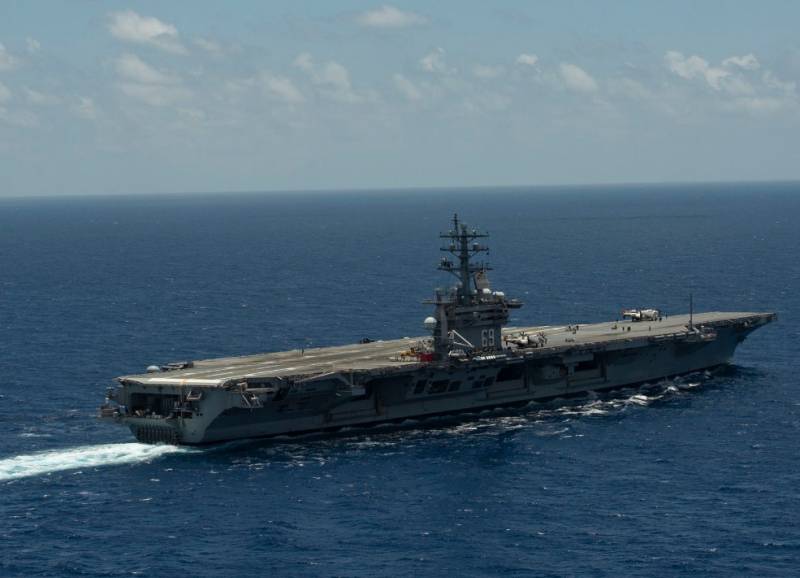 Aircraft carriers are the backbone of combat power and the pride of the US Navy. One of the oldest aircraft carriers, Dwight Eisenhower, has been very actively exploited lately.

From one trip to another

Not so long ago, "Dwight Eisenhower" broke the US Navy record for the duration of stay at sea, after which it returned to the base, but six months later it will again go on a long campaign, although initially such a campaign was supposed to be no earlier than 9-12 months. In the United States, this fact was considered strange. After all, "Dwight Eisenhower" is already well over forty. Its construction began in August 1970, in 1975 it was launched, and in 1977 it was commissioned by the American fleet... It was noted that the oddity is that the operation of the aircraft carrier is so intense that it can affect both the psychological state of the crew and the technical condition of the ship itself.

For 43 years of its service, the aircraft carrier took part in many US military operations - from "Desert Storm" to actions against Somali pirates in the Gulf of Aden and pressure on Iran. Nevertheless, judging by the active operation, the "old man" aircraft carrier is not going to "retire" yet.

The aircraft carrier is now deployed in the same readiness cycle, which puts a huge strain on both the ship and its crew. Even American analysts are perplexed about why, they say, it is required to operate the old aircraft carrier with such intensity. After all, the last deployment of the Eisenhower was accompanied by serious problems for the crew.

The sailors were forced to spend seven months at sea without interruption, as the COVID-19 pandemic led to the imposition of restrictions on calls to ports. One can imagine the moral and psychological state of the personnel, especially considering that during a long stay at sea the crew was not even aware of when the restrictions on port calls would be lifted.

Active use of aircraft carriers: pros and cons

At one time, the former US Secretary of Defense James Mattis quite actively criticized the excessive expansion of aircraft carrier forces and said that in modern conditions it is worth moving away from a strategy in the implementation of which the enemy could predict the locations of aircraft carrier groups of the US Navy for years to come. 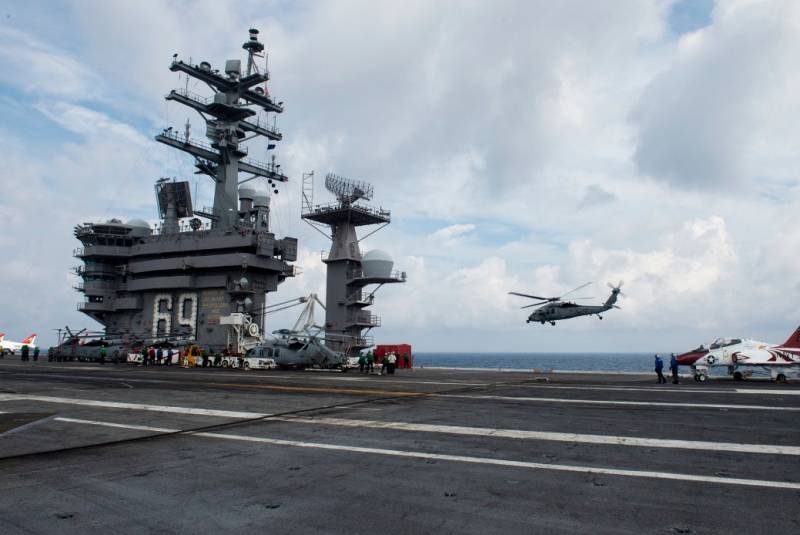 According to Mattis, the Navy should appear where they are not expected to appear. Mattis also expressed doubts about the advisability of a long stay of ships at sea, which is destructive both for the aircraft carriers themselves and for the crews.

However, now the United States has a different defense secretary, and he is more actively listening to the opinion of the commanders, among whom there are many supporters of the strategy of the permanent presence of aircraft carriers in certain regions of the planet. For example, the commander of the US Central Command, Marine Corps General Kenneth Mackenzie, claims that it is the aircraft carriers that have the strongest deterrent effect on Iran. The reduction in the presence of the US aircraft carrier has led, according to the general, to an increase in Iran's activity in the Persian Gulf.

Brian Clarke, a former senior assistant to the chief of naval operations of the US Navy, called such a position stupid and stressed that in reality aircraft carriers have little effect on Iran's policy in the region, since the Iranian leadership acts through the use of controlled terrorist groups, the IRGC forces, and aircraft carrier groups The US Navy cannot resist such threats.

Jerry Hendrix, a retired naval captain who now works as an analyst for the Telemus Group, also believes that there is no real reason for a permanent presence of American aircraft carriers in various regions.

Given Eisenhower's age, any serious problems could mean that the US Navy is at risk of losing the entire aircraft carrier.
- emphasized Hendrix.

Brian Clark agrees with this position. The analyst believes that the new deployment will put another heavy load on Dwight D. Eisenhower, and that it will be very difficult to overcome the consequences of this load. If a newer ship could withstand such a load without problems, then the Eisenhower would then have to be restored for a long time. After all, overly active operation does not affect the ship's equipment for the better.

Still, the US naval command and the defense secretary behind it seem reluctant to listen to analysts. So "Dwight Eisenhower", most likely, more than once will go on a long trip with an "open" sailing period.

Ctrl Enter
Noticed oshЫbku Highlight text and press. Ctrl + Enter
We are
"Varyag" in China. View from UkraineYuri Drozdov: Russia prepared the role of the sacrificial calf
26 comments
Information
Dear reader, to leave comments on the publication, you must to register.