On the new Tu-160 record: a reminder to the enemy about the capabilities of long-range aviation of the Russian Federation 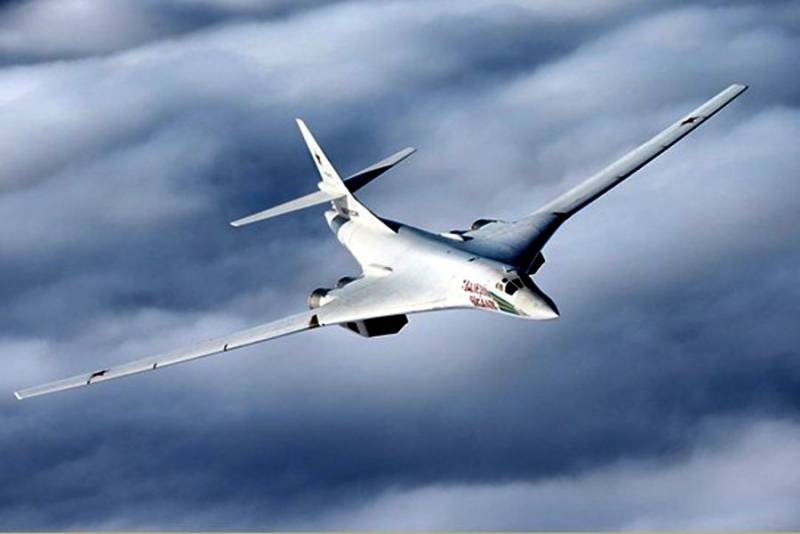 It became known about the new world record of the Russian supersonic strategic bombers Tu-160. On September 19, the commander of the long-distance aviation Aerospace Forces (VKS) of Russia, Lieutenant General Sergei Kobylash.

Two long-range aviation crews on the Tu-160 set a world record for flight duration and range. The pilots spent more than 25 hours in the air and covered more than 20 thousand kilometers. According to the general, no one has flown on strategic missile carriers of this class for longer.

Two bombers took off from Engels airfield and landed there. During the flight, they managed to fly over the neutral waters of the central part of the Arctic Ocean, the Pacific Ocean, the Kara Sea, the Laptev Sea, as well as the East Siberian, Chukchi and Barents seas. In the air, the planes refueled three times.

Interestingly, the previous record for flight range and duration also belongs to Tu-160 aircraft. Ten years ago, in 2010, they spent 23 hours in the air, covering a distance of 18 thousand km. Then they refueled twice in the air. And before that, in 2008, the record was also set by Russian Tu-160 bombers, having spent 15 hours in the air while flying to Venezuela. In total for history service of Tu-160 aircraft they have set more than 40 world records, which makes the strategic bomber a real record holder in the history of Russian and world long-range aviation.

As you know, the Tu-160 is a supersonic strategic bomber-missile carrier with a variable sweep wing. It was developed at the Tupolev Design Bureau back in the Soviet period, in the 1970s, at the height of the Cold War, when the Soviet Union acutely felt the need for long-range aircraft of this class.

Features and characteristics of Tu-160

One of the main features of the Tu-160 was the presence of wings with variable geometry. This design made it possible to transform the aircraft into a more versatile machine capable of taking off from a very short runway for such a mass, as well as reaching supersonic speeds by pressing the wings against the fuselage during flight. 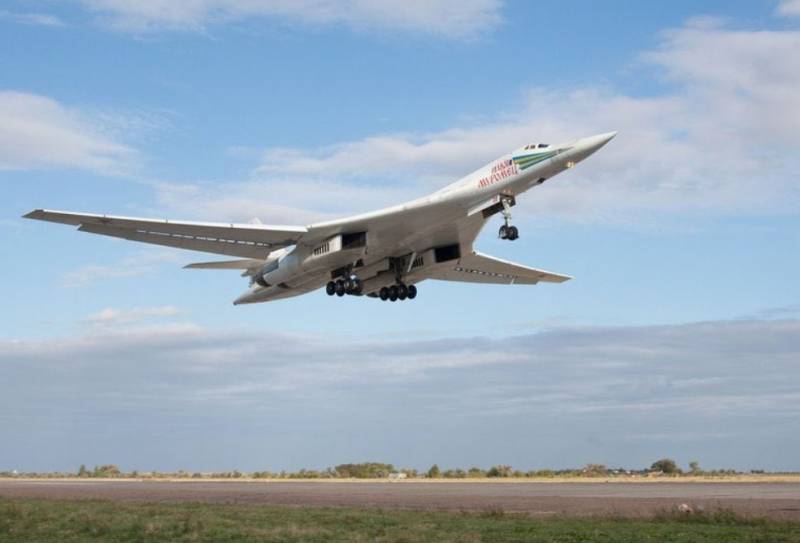 The characteristics of the Tu-160 are really impressive. The maximum take-off weight is 275 tons, the maximum combat load is 45 tons, the maximum speed is 2230 km / h, and the maximum flight range is 13 km. Comparing the Tu-950 with the American B-160B, B-1 and B-2 aircraft, the advantages of the Russian strategic missile carrier become obvious.

The Tu-160 was originally armed with long-range cruise missiles with a nuclear warhead. The Kh-55SM missiles are designed to engage stationary targets. They are placed in 6 pieces on two MKU-6-5-U drum launchers. To hit targets at a shorter range, the armament kit can include X-15S aeroballistic missiles - only 24 pieces. Also, the aircraft, subject to re-equipment, can be equipped with bombs of various calibers.

Given the range and duration of the flight, the Tu-160 can actually be anywhere in the world to fulfill the tasks set by the command. And this is a very unpleasant surprise for our potential opponents. It is not for nothing that it is called the "long arms" of the Russian nuclear triad.

Each new record set by the Tu-160 is another reminder to the enemy of the impressive capabilities of Russian long-range aviation, that in the event of a conflict, the "long arms" of the nuclear triad will not be hindered by the seas and oceans that separate the enemy from our country.

Let us also recall that there are a number of projects for modifying the Tu-160 aircraft, the implementation of which will further increase the capabilities of a strategic missile carrier due to the possibility of using promising cruise missiles, aerial bombs, and the use of the latest electronic equipment.

Ctrl Enter
Noticed oshЫbku Highlight text and press. Ctrl + Enter
We are
The unexpected war of Nazi Germany with the USSR. Part of 22. CovaList of destroyed the largest and most high-tech enterprises
74 comments
Information
Dear reader, to leave comments on the publication, you must to register.