Klaipeda vs. Ust-Luga: Lithuania modernizes its main port to compete with Russia 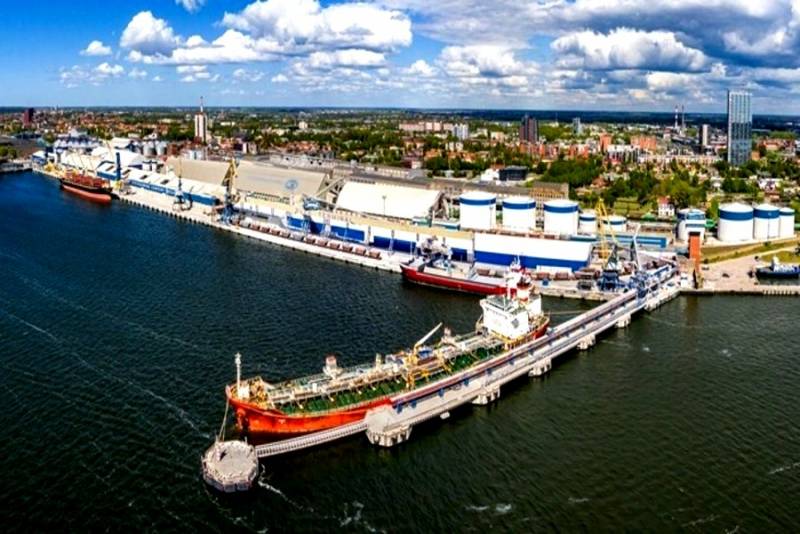 Lithuania has started reconstruction of the port of Klaipeda to increase its competitiveness. It is obvious that the Lithuanian port is going to increase competition with the Russian Ust-Luga.

Reconstruction of breakwaters and shipping channel

On September 18, it became known about the beginning of the reconstruction of the famous breakwaters (breakwaters), which have always been considered the symbol of the Klaipeda seaport. The breakwaters were built over a century ago to protect the port from sea waves. It is their reconstruction, in combination with the capital deepening of the navigable canal up to 17 meters, that will allow receiving the largest ships entering the Baltic Sea.

The breakwaters will be reconstructed by a consortium of the German company Hecker Bau GmbH & CO. KG. " and the Belgian company Herbosch - Kiere NV. In recent years, these companies have been implementing large-scale projects in the field of maritime infrastructure in such European ports as Hamburg, Antwerp, Ostend and a number of others. Now they will work in Klaipeda.

We, as seaport contractors, have extensive experience in this area of ​​construction activities. Our company has been operating for almost a year and a half. We have a very professional and strong team that will complete this project without any problems,
- emphasized the CEO of Hecker Bau GmbH & CO. KG. " Christoph Wellendorf.

Of course, the initiative to deepen the shipping channel is of fundamental importance for the further development of the Klaipeda seaport. Moreover, it is extremely important for the entire Lithuanian economy, since it is the port in Klaipeda that allows the small country to extract income from cargo traffic, and these incomes make up a significant part of the national budget of the country.

What is the main reason for the problems of Klaipeda port

At the same time, due to the recent deterioration of relations with Belarus, which provided a significant part of the port's capacity utilization, Lithuania faced the question of how to maintain its profitability. The countries saw an exit in the Ministry of Transport and Communications in the development of the port to such a level that it would become the best port of the Baltic Sea and could easily compete with other ports. 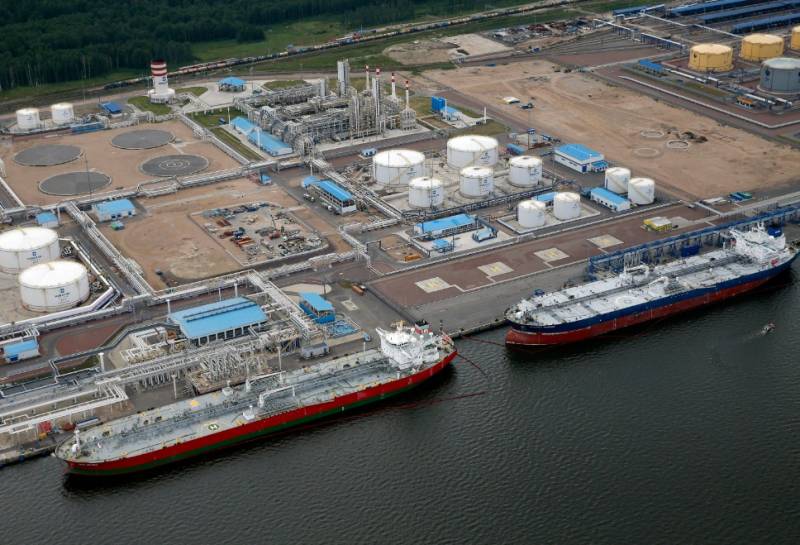 Of course, first of all, the main competitor of the Klaipeda port in Lithuania is the Russian port of Ust-Luga. This port is located in the northwest of our country, in the Luga Bay of the Gulf of Finland of the Baltic Sea near the village of Ust-Luga. It has been operating for over 20 years. Over the years, Ust-Luga has managed to develop very quickly, becoming worthy competitors to the oldest Baltic ports that have existed for centuries. Russian ports are generally very lucky compared to their Baltic “counterparts”: for example, in the summer of 2020 due to the coronavirus pandemic, all ports experienced a significant decline in cargo turnover.

The throughput of the port in Ust-Luga in 2019 amounted to 103,9 million tons. For comparison, Klaipeda had a cargo turnover of 2019 million tons in 46,22. That is, it is clearly far from those indicators that could bring it closer to the Russian port in terms of cargo turnover. Technical capabilities also have an effect: without deepening the canal, the Lithuanian port cannot yet receive the largest ships.

But in fact, the problems of the Klaipeda port are not connected with the breakwaters or the deepening of the shipping channel. Of course, it will be very good for the port and the entire Lithuanian state as a whole if it is able to receive large ships.

But the main task is to develop trade relations with neighboring countries, and Lithuania's closest neighbors are Russia and Belarus, and participation in sanctions against them will in any case affect the port's congestion, deepen or not deepen the shipping channel and reconstruct the breakwaters or not. In other words, if anti-Russian and anti-Belarusian sanctions are supported, Lithuania itself will strike a blow to the competitiveness of its main port - it will lose competition with Ust-Luga, increasing the gap.

Ctrl Enter
Noticed oshЫbku Highlight text and press. Ctrl + Enter
We are
Reports from the militia of New Russia for 27-28 September 2014 of the yearList of CIA-funded Russian public organizations
138 comments
Information
Dear reader, to leave comments on the publication, you must to register.