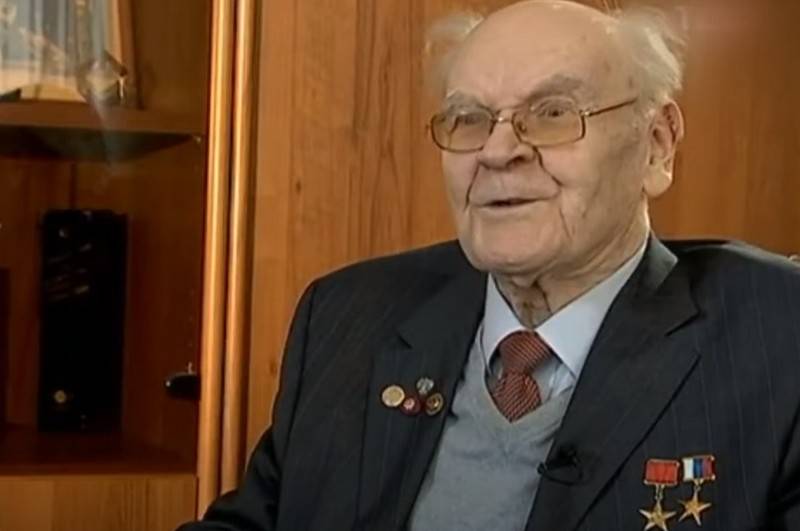 
Efremov was personally informed about the award by Putin during a video conference with an outstanding Soviet and Russian gunsmith. According to Putin, Efremov is fully worthy "in fact, a military award" The President congratulated Herbert Efremov on the Day of the Armourer and a high award.

It is today that I signed a decree on awarding you the Order of the Holy Apostle Andrew the First-Called with swords. She (reward - approx.) With swords, because your work and all your colleagues, from general designers to workers, as I said, is akin to a feat
- Putin said.

The Kremlin press service reported that Efremov was awarded the order "for outstanding services in the development of the rocket and space industry, strengthening the country's defense."

Earlier, Putin called the designer of rocket and rocket-space technology, the former general director of NPO Mashinostroyenia Herbert Efremov, the ideologist of the development of the Avangard hypersonic complex.

Herbert Efremov took part in the creation of the P-35 and P-120 anti-ship complexes, the BrahMos and Onyx cruise missiles, the UR-100, UR-100N intercontinental ballistic complexes, the Almaz series spacecraft and others.

Ctrl Enter
Noticed oshЫbku Highlight text and press. Ctrl + Enter
We are
Sergei Shoigu awarded the Order of the Holy Apostle Andrew the First Called with swords without a decree?Reports from the militia of New Russia for 27-28 September 2014 of the year
Military Reviewin Yandex News
Military Reviewin Google News
38 comments
Ad