Ex-President of Poland: “If Belarus jumps towards Europe by winter, Russia will simply turn off the tap” 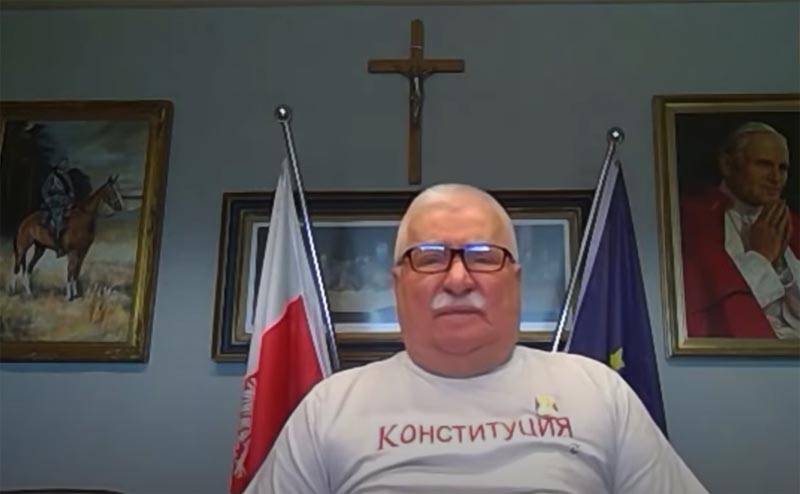 Former Polish President Lech Walesa gave advice to the candidate Svetlana Tikhanovskaya, who lost in the presidential elections in Belarus, who fled immediately after the elections to Lithuania. According to Walesa, at the moment, Tikhanovskaya needs to organize and wait.

Organize and wait. Belarus should move towards a democratic Europe, but at the same time it cannot immediately abandon contacts with Russia.
According to the ex-president of Poland, while Europe is not ready to provide Belarus with neither gas, nor oil, nor electricity in the required volumes.

Walesa in an interview with Polish media:

If by winter there is a jump towards Europe, then Russia will simply turn off the tap for Belarus. Therefore, I advise you to better prepare, including the preparation of personnel decisions.
According to Lech Walesa, Tikhanovskaya today should know the “main thing” - “there is no Europe without Belarus, without Ukraine.

But let's not rush, or we'll pay too high a price.
Walesa noted that Tikhanovskaya today has a chance to hold free elections. But Mr. Walesa did not specify where Tikhanovskaya will conduct them - in Lithuania, where is he now?

For reference: Lech Walesa served as President of Poland in 1990-1995, was the first head of the Solidarity trade union, which was used by Western intelligence services to withdraw Poland from the socialist system.
Ctrl Enter
Noticed oshЫbku Highlight text and press. Ctrl + Enter
We are
Svetlana Tikhanovskaya left Belarus, moving to LithuaniaLech Walesa spoke about the "probable mediation in resolving the Syrian crisis" and the "freedom of Poland"
211 comments
Information
Dear reader, to leave comments on the publication, you must to register.