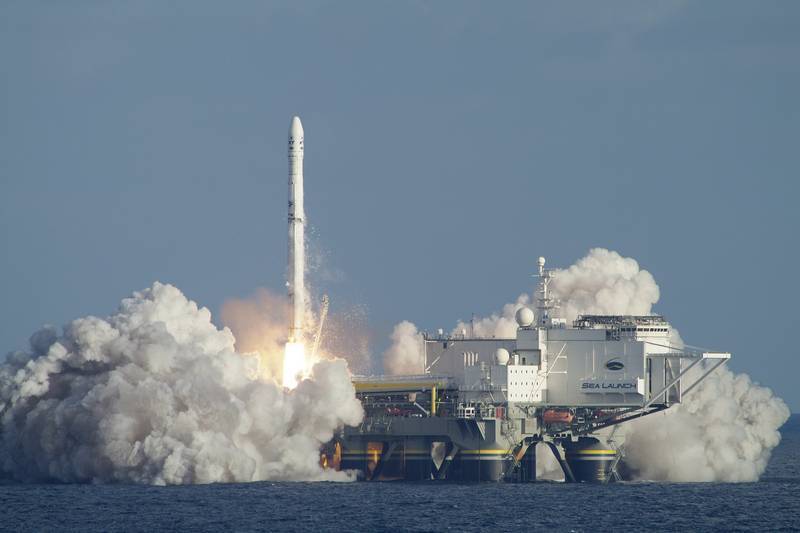 
S7 announced that the developments on a new rocket with a reversible first stage will be used to produce a medium-class launch vehicle, which will be launched from the Sea Launch floating cosmodrome, owned by S7. Development details were not disclosed.

We have started building a two-stage liquid-propellant rocket booster with a reversible first stage
- said in a statement.

It should be noted that earlier the Zenit rocket, which was produced at the Ukrainian Yuzhmash, was launched from the Sea Launch, but since 2014 the assembly of the missiles has stopped due to the lack of Russian components at the enterprise. At the same time, Roskosmos announced the development of the Soyuz-5 (Irtysh) rocket to replace Zenit. The first test launch of the Irtysh is scheduled for 2023, the launch will take place from the Baikonur cosmodrome.

However, the S7 group of companies, which bought out Sea Launch in 2016, previously announced that it would develop its own launch vehicle for the floating spaceport.

The floating cosmodrome Sea Launch is currently located in the Russian Far East, and it is planned to begin work on its restoration soon. According to the head of Roscosmos Dmitry Rogozin, the Soyuz-5 rocket (Irtysh) will be used for the launches.
Ctrl Enter
Noticed oshЫbku Highlight text and press. Ctrl + Enter
We are
Reports from the militia of New Russia for 27-28 September 2014 of the yearNew attempt to divide Baikonur
86 comments
Information
Dear reader, to leave comments on the publication, you must to register.